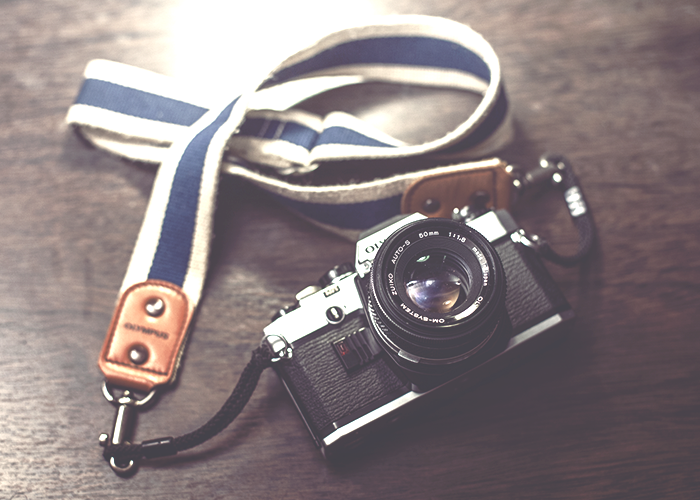 I am the classic case of a chaotic, super-confused college-student. I changed my major four times. I took a year off. I did the thing I thought would make me happy, then the thing that I thought would make me money, then the thing my shitty boyfriend did because I didn’t know what else to do. And now, I’ve somehow settled comfortably into a major that I truly love, and feel passionate about for many reasons – one of those reasons being that I know I will be able to find a job within the field. When I was an art major for a few months, I was plagued by fear of the future. What kind of return would I get with an art degree? What kind of job would I even do? My passion for art was evidently quite weak, and it quickly crumbled under my fear of having a strong, promising financial future.

But what about the ones who don’t give up? What about the people who believe, wholeheartedly, that their creative degrees are worth pursuing – and sometimes even worth it enough to go into $80,000 of student debt for?

Is it still a bad decision to go into this kind of debt if you’ll be getting something other than money out of pursuing that particular degree?

I talked to two women who are both in this situation – a current Film student at SVA, and a fresh new post-grad from a state university Studio Art program — about what influenced their decisions to sign on for years of heavy student loan repayment in order to pursue a degree that they were constantly reminded is “useless.” These are their thoughts on the matter, and their reasoning as to why it was 100% worth it to them.

“Before, I wanted to do theatre in college, which is something my parents weren’t too thrilled about. When I eventually decided to major in film, my mom relaxed a bit but my father was still very skeptical. It didn’t help that my dream school (the only I ended up applying to) was one of the most expensive ones in the country. It kind of created this emotional tug of war. I feel guilty about putting financial strain on not just my parents, but my sister as well. I knew early on I wanted to go to fancy art school and since my sister wasn’t really passionate about anything at the time, it influenced her decision to stay in state at a college she ended up hating. However, being at SVA has been exactly what I needed. The social aspect made it worth it to me. I always felt like a loner in high school. I loved culture, film, and history, and had a hard time connecting with the girls in my grade. They all did typical high school things like going to pep rallies, football games, and just being average. They didn’t know what they wanted to study, and being in high school was perfect enough for them. I patiently waited years and years of hanging out with these girls but not really connecting. When I got to college, I was already helping my roommate pierce her bully button on the night we moved in. I went on to make more friends that actually were vibrant and fun.
My lessons and professors and nights were filled with new experiences and lessons in book and street smarts; everything I needed to know for the industry was constantly all around me.
However, while I’m out on this journey, my parents are at home wondering if my expensive degree will pay off.  It was hard the first two years discussing with them what this college meant to me and how much happier I am. It’s been a slow ride but they slowly are getting it, and even trying to help me find opportunities for work and new ideas on how to make money. The other pressure is that many people even in film say that film is a dying art which to me is hilarious. The industry is only around 100 years old, so naturally it has to evolve. Streaming services, VR, and video based advertising have opened up new opportunities for film students. It’s different from what we’ve been taught but it’s also a time to be a pioneer and usher in a new age. Some kids are huffy traditionalists, but progress always wins.
It’s scary having a creative degree and lots of peers pursuing the same thing as you, because the future is unforeseeable. Some look at it as something vast and empty, but I see it as a blank canvas. I’m anxious every day about the future and what I’m going to do, but then I remind myself that I’ve already come this far, and that turning back is not only a stupid option, but possibly not a valid one either. I could quit, but then it would prove all the doubts right, and honestly the doubts fucking suck. I sat by in boredom for years in a sleepy CT town waiting to be an exciting person in New York, and now this is my chance.
So yeah, it sucks, and sometimes there’s not another person to tell you otherwise. Student debt might kill me, but I believe in the future.” – Hal, 21, Film Major

“Immediately after high school, I was pushed into starting my college career, as most youths are these days. Even though I dreamed of going to an out-of-state school to hopefully gain greater life lessons and experiences, I chose a state school for financial reasons.  I remained with an undeclared major for as long as possible because I still had no idea what I was interested in doing for the rest of my life, while hoping one college course would spark something in me and change all that.  Spoiler alert: that never really happened. When forced to decide on a major, I chose what was slightly interesting at the time – Art History.  The more courses I took, the more I realized I did not want to look at art all day as much as I wanted to make it.  I decided to switch to Studio Art with a concentration in painting, even though I had just taken my first painting class that semester.
Though it was a risky choice, I fell in love with my studio art courses. The more loosely-constructed atmosphere was such a better one for me to thrive in, and I began to actually enjoy school and care about the work I produced. I knew I would rather have my body sore from being bent over an easel for 12 hours than spend three writing a paper.  Though my paintings and other studio works got praise from family and friends, to this day every time I tell someone what kind of degree I graduated with, a certain look can be found on that person’s face: doom.  Next is the imminent question, “What do you want/plan to do with that?”  And I still have no idea.  But what I refused to do was to spend my time, energy, concentration, money, etc. on courses that made me miserable and dulled my creative mind.  However unconventional my degree would be, I could not fathom being in debt for a piece of paper that represented a horrible time in my life. A Bachelor’s degree is now sadly equivalent to what a high school diploma used to be, yet infinitely more expensive.  You need it to get even considered for most jobs, but it definitely does not guarantee you one anymore. So I decided to enjoy my last few years in college doing something I did not loathe.
Given that it took me seven years to graduate, due to a few semesters I almost dropped out because I did not see the point in wasting my money taking random courses trying to find my “passion”, I have obviously acquired a mountain of debt.  Overall, I took around $45,000 out in student loans, and my “total payback” after interest over the next 15 years of my life will be around $80,000. The fear and weight of paying that much money back while not being guaranteed a job is painful.  I know I have many skills in many different areas thanks to my job experiences since age 16, however my piece of paper says I can paint, and that’s about it.  I have always, and will always, think it is incredibly insane that kids are pushed into college right out of high school, expected to figure out their life plans, and get pushed right back out the other end a few years later, expected to start their lives already in the hole for tens of thousands of dollars.  I have no idea where my degree will take me, and suspect that my job experience / references will get me further. However, I know my resume will get tossed right in the trash can if a college degree isn’t on there.  I got a degree to fall in line with what is required of us nowadays – but I refused to be forced into a box of normality when it came to what kind of degree I got.” – Lindsay, 24, Studio Art Major