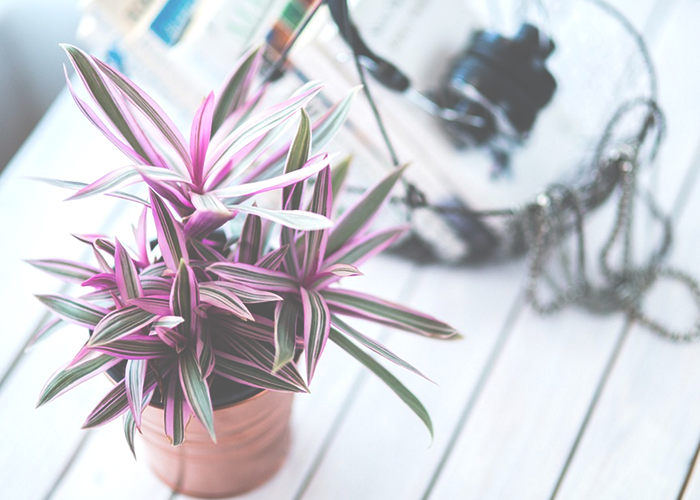 My bed is my  happy place. It is warm, soft, and covered in a crisp, white duvet. I do all my best working, thinking, and power-napping while sitting atop this cloud of majestic memory foam. The only problem is that my private oasis happens to be surrounded on three sides by the absolute shit-show that is my bedroom. I am a very tidy person, so all of my belongings are usually neatly tucked into their proper place. The belongings, however, are not all ones I love being faced with every day. From the second I open my eyes in the morning, I find myself face-to-face with all of my things – even the ones I am not particularly thrilled about ever having purchased. I will preface this by saying that I am not a hoarder, nor am I a generally reckless spender. But over the years, I have accumulated a decent amount of junk that had zero business coming into my life in the first place.
This is a list of the 20 items I can point out around my room, just from the spot where I’m currently comfortably seated with my laptop open in the middle of my bed.

1. A candle I hate the smell of, and therefore never burn, but bought because I felt like I needed a new candle at that exact moment, and it was pretty cheap.

2. Two Vera Bradley bags, because I’m from Connecticut and we’ve all made that mistake at least twice.

3. A very small fake plant from Target that doesn’t really make sense on any surface in my room.

4. A broken chalkboard that I bought for $8 “as is” from Home Goods when I was going through a Fixer Upper phase.

6. A throw pillow with an owl on it that I got because it reminded me of the Warner Bros. Owl Jolson cartoon, but is actually really hideous.

7. Four white picture frames (that I bought even though I never get prints of photos) that I’ve stored under my dresser but can still see from every angle in my room.

9. A pricey, hardcover book about fracking that I haven’t read yet, but bought for some reason in a recent fit of political outrage.

10. A set of four Mickey Mouse drinking glasses that I never took out of the box and are sitting on a shelf. Why did I think I needed that?

11. A body pillow with a white faux fur cover that looks chic as hell on my bed during the day, but gets thrown on to the floor and ignored every night when I go to sleep.

12. A bottle of wine that I overpaid for in Disney World because I thought it was ~exclusive~ but then found in literally every liquor store ever once I returned to Connecticut.

13. Multiple packages of thank-you cards and cute pads of paper I bought in the dollar section at Target because I think stationery is God’s gift, even though I never actually write notes to almost anyone ever.

14. A very small trash can that is capable of holding virtually no trash, and is usually disregarded in favor of the two other trash cans I have – one in my closet, and one in my bathroom.

15. A Guardians of the Galaxy poster I bought when I forgot that I’m not a 17-year-old boy.

17. A photo album that I bought because the design on it is cute, but have had for years and it still contains zero photos.

18. A pack of coasters I leave out, but never use, because all of my furniture is from Ikea and therefore not worthy of shielding from condensation.

19. A book about Art Education that I purchased even though I’m neither an artist nor an educator.

20. An unopened package of pink-and-gold dividers for a binder, even though I’ve never used a binder for any work I’ve ever done.

Although I’ve been much more mindful about the purchases I’ve made more recently in my life, the ease with which I was able to identify 20 separate regretful purchases without even getting out of bed serves at the very least as a reminder that I need to pay even closer attention. It is clear to me that I’ve made purchases in the past for the wrong reasons, and probably held on too many of them for the wrong reasons as well. Admitting it here, in the sanctuary that is TFD, is the first step the road to checking myself and learning to become a little more cautious about where I’m throwing my cash. Let us never forget how quickly those Target dollar-spot-purchases add up.