The 20-Minute Financial Talk That Saved My Relationship 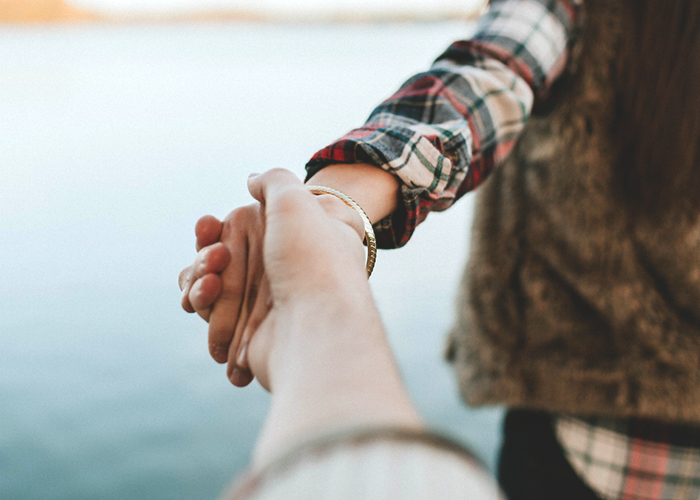 “I’m so sick of having the same fight,” I sighed to my girlfriend for what felt like the 100th time, massaging the bridge of my nose and closing my eyes in histrionic frustration. The subject sometimes varied, but the pattern was always the same: without fail, some seemingly insignificant grievance (not doing the laundry or not going grocery shopping, for example) snowballed every month into a dramatic metaphor for our flailing relationship as we transitioned to living together.

It didn’t take my girlfriend, Anna, and me too long to notice that these arguments seemed to always bubble up right after rent was due. We have been living together in Brooklyn for two years, during which we experienced unemployment, a rent hike, increased student loan payments, and unexpected medical bills. And while we pride ourselves (that’s right, never fear: we’re still quite happily together) on an equal partnership, it doesn’t change the fact that our income levels to this day are vastly different. Although both making modest salaries, at the time of our biggest financial fight, I was making twice the income of my girlfriend.

As a couple, Anna and I are definitely a case of Opposites Attract — we have different financial goals, education levels, career paths, and cultural backgrounds, plus have a five-year age difference to top things off. My longer tenure in New York and experience moving from city to city amplified our income disparity, and her emotional awareness and no-games attitude were completely foreign to me. Over the years of growing together, we’ve worked to face every struggle as a team. But time and time again, money matters led to ever-escalating, no-win arguments.

For all of our smugness when listening to friends in heteronormative relationships complain about struggling with gender norms, Anna and I found ourselves facing several difficulties in navigating finances as an unmarried couple living together. When you both wear the pants, who picks up the check?

Like many people our age, Anna and I didn’t have the most responsible financial role models growing up, with parents from the era of the model of “what’s mine is yours” — including joint bank accounts and joint debt. But according to research, roughly 42% of present-day married couples have separate bank accounts, retirement plans, and credit cards. We wondered: how have couples adjusted their finances to account for this?

True to the Brooklyn model, we were supplementing our income with credit cards, and didn’t dare let the stress of expenses show through while insisting on picking up the check for the third dinner out that week. Of course, we had no budgeting or financial instruction in school, and had both come from jobs in the service industry, where an unexpected expense just meant picking up an extra shift or two.

One thing was obvious: we as a couple had financial issues that weren’t being addressed, and not talking about it was not sustainable. It took an embarrassing amount of time to recognize that, although our finances aren’t joined, they are dependent on each other — just like we are. So as a team, we decided to sit down every month for a 20-minute financial check-in: one where we focused on finding solutions, not pointing out problems.

The structure of the check-in is simple:

This structure may seem simple — it is — but its simplicity did wonders for starting a dialogue on an often uncomfortable subject. Our check-in is every month after rent is paid, and has a few simple but incredibly effective guidelines:

Finances ebb and flow, and so have Anna’s and my successes with our financial check-ins. What hasn’t changed is the value in coming to each other as a fellow problem-solver rather than as two people racing against each other to some imagined finish line.

There’s no cure-all for financial hardship, whether it’s individual or shared with your partner. But a frank dialogue means that throughout the hardships, there will be one more person on your side to help you when you’re struggling, and share the champagne when you’re thriving.

Rebecca Stevens is a Brooklyn transplant who divides her time between writing for pleasure and writing for work. Previous publications include Brooklyn Magazine, Bitch Magazine, and GOOD Magazine. Find her on Twitter to learn more.