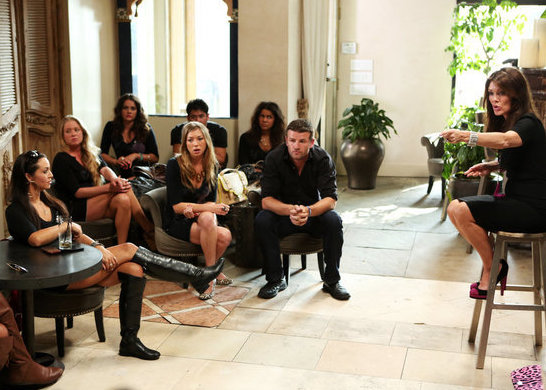 As I was finishing my undergrad, I was at a loss contemplating what was to come next. Higher education has many lessons to impart, but academia offers little insight into the professional world. This gap in my knowledge led me to seek out new sources of wisdom.

Being a visual learner, I wanted to observe the real-life challenges of working in the private sector. And what’s more real than reality television? Workplace reality television shows have become a genre unto themselves, and I can think of no show more influential than Vanderpump Rules.

Vanderpump Rules follows what is basically a clique of the hottest people from your high school working as servers and bartenders at Sur, a trendy restaurant in West Hollywood. The show is roughly 50% interstitial montages of Los Angeles traffic and 50% drunken fights between staff members, which makes it an excellent case study of relationship dynamics in a high-pressure workplace.

Here are 3 essential lessons I gleaned from watching the first season of Vanderpump Rules:

1. Acknowledge your mistakes and learn from them

The most shocking moment of my Vanderpump Rules viewing experience did not involve a catfight or a shirtless brawl in the streets. The most surprising confessional disclosure was not a revelation regarding infidelity or substance abuse, but rather a humble admission by Lisa Vanderpump — the British grande dame of Sur and the show’s namesake. Vanderpump actually says the words, “I’ve learned a lesson.” This concession comes after she allows more than half her staff to take the weekend off for an ill-fated Las Vegas getaway. It is mind-blowing to hear such an admission in a mode of television that typically rewards its performers for actively refusing to learn.

It’s admirable to see vulnerability and humility from anyone, no matter their position on the corporate ladder. Being honest about your weak points is especially important in the early stages of your career when you have the most opportunities to make mistakes without major repercussions.

2. Have concrete goals and a plan of action

Everyone working at Sur wants to be something. The servers and bartenders all model on the side in addition to having ambitions of acting in blockbusters and recording hit singles. However, not a single member of the cast has a plan in place for achieving these goals.

Take Scheana, the bright-eyed new girl who revels in any opportunity to remind viewers that, unlike her fellow cast members, she is a California native. Scheana wants to make it as a pop star and seems to believe she can get there (wherever there is in her mind) by literally moaning into a microphone while sleazy producers and her too-comfortable-with-the-situation boyfriend look on. Scheana doesn’t play many gigs, doesn’t take singing lessons, and is never shown practicing her craft.

When you are entering into a professional field, it is important to have specific goals that will guide your career moves. These goals must also be complemented by an actionable procedure that will lead to the realization of your ambitions. Make a plan, write it down, carry it out, and the path to being the something you want to be will soon be illuminated.

Stassi, a waitress at Sur who identifies as both a princess and the devil, explains in the series pilot that she begged Lisa Vanderpump to hire her loser boyfriend, Jax, as a bartender. Jax lands the job against Lisa’s better judgment, which results in considerable unnecessary tension among the staff.

When she grows tired of his rampant immaturity, Stassi dumps Jax. Frank, another bartender at Sur, starts flirting with Stassi while Jax is trying to win her back. Stassi chooses Jax over Frank, but the day after Stassi and Jax get back together, Frank reveals that Jax secretly impregnated another woman while he was dating Stassi. Stassi immediately kicks Jax to the curb again and dives into Frank’s arms. However, this decision causes friction between Stassi and her closest confidants, Kristen and Katie, who happen to be dating Jax’s best friends. This tangled web ultimately leads to the aforementioned shirtless brawl in Vegas when Jax shows up to Stassi’s birthday party uninvited and drinks start flying.

Vanderpump Rules is an invigorating boost of cringe-y schadenfreude.

But my goal in writing about the show is not to convert you to my formerly trashy television-viewing habits. What I wish to impart is twofold. Firstly, you can learn professional skills from any source, so long as you think critically about what you are absorbing. More importantly, like the Vanderpump Rules cast (who are like Weebles, in that they wobble but surprisingly don’t fall down), you can come back from almost any professional blunder. Be honest with yourself and others, be prepared to fail and learn from your losses, and your career satisfaction will improve exponentially.

Since completing his undergrad in Media and Communication Studies, Spencer has been on one about personal finances. His goal in writing about money is to demystify and de-stigmatize financial planning for anxiety-ridden generation Z. Spencer has ambitions to write many words, run many miles, and collect many books. Follow @spencerkahler on Instagram to see him make it work in Canada’s capital.