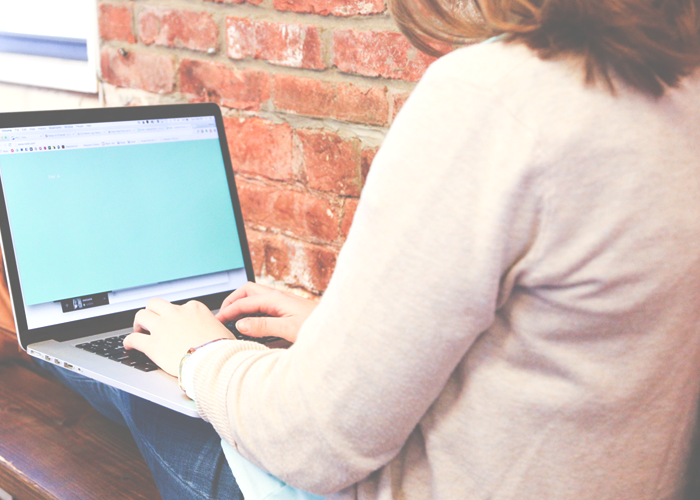 1. Don’t assume your future self will know how to manage the money — or the debt.

The scene: late 2006 — Fergie had just released “The Duchess.” Facebook was available to University students alone, and statuses were forcefully crafted in the present tense. Tina and Amy were still on SNL. Gwen and Gavin were going to be 2gether 4ever. I was a naïve 19-year-old with newfound independence.

These were simpler times.

Each September and January, I’d dutifully wait in line with my friends at our University’s financial aid office, eagerly anticipating my next loan installment. And usually, I was responsible with the money: I paid my tuition and rent dutifully; I worked part-time to keep myself afloat. But as reasonable as I could be, I wasn’t immune from being a moron. We had a celebratory ritual on loan day: as soon as the checks cleared, we’d high-tail it to the nearest liquor store to commemorate the occasion.

“Thanks, future Kayla!” I’d joke to whoever was listening as I lowered my 40ozer into the shopping cart.

Although an excellent beer pong teammate, past Kayla was kind of an asshole.

I didn’t have any illusions that my English and Women’s Studies double degree would lead to a lucrative career that would allow me to make it rain on the grave of my negative networth, but I actively worked under the assumption that I’d figure all of the financial stuff out later.

“Later” became my favorite bank to borrow from. As long as I could work out a deal with “later,” I could get by today.

Empower yourself: talk to a professional.

I should have spoken with financial adviser immediately after landing my first job. When I finally broke out of the prison of underemployment after graduation, I continued to believe that my finances would just eventually work themselves out.

I had individual checking and savings accounts that I was operating out of — and that was it. Though I was saving the ever-cited 10% on my income, it was never enough: I’d have to buy new tires for my car, and the account would be drained. I’d want to go on vacation, and would rob from my savings again. My savings account felt more like a revolving door than a haven for my money. I had no idea how people saved for a home, planned their retirement, or how they’d have anything left at the end of the month to invest.

I should have spoken with financial adviser immediately after landing my first job. But I didn’t. I had tens of dollars to my name and limited disposable income — I thought any self-respecting pro would laugh me out of their office. I was intimidated. If you’re in a similar circumstance, know that just because you are the 99%, it doesn’t mean you don’t deserve financial security and peace of mind. Most banks offer complimentary appointments with representatives that actually know what they’re talking about.

Schedule an appointment and ask a million questions. Be a pain in their ass. Then seek out a second opinion if need be. Your financial advisor will thank you when they’re managing your much more sizable income and paying for their kid’s orthodontics years down the road. You owe it to yourself to understand your options, and have a plan in place that protects your future self instead of burdening her.

2. You are not above a side hustle.

Throughout university, I worked as a sales associate at a large clothing retailer. With the exception of $2 flip flop days and the occasional weirdo following me into a change room (an article for another day), I enjoyed my time there. Despite these warm feelings, I swiftly cut ties with that part of my life when the job offers began to roll in.

“I have an office job now,” I proclaimed to no one. “I’ll never work retail again!”

Two years later, I was living off of one income stream and was knee-deep in student and credit card debt. But I was still too proud to go back to organizing sales racks.

What if someone from my “real” job saw me folding t-shirts?

How’s that going to look?

Eat some humble pie and make that money, girl. Personal finance blogs worship at the altar of the side hustle, and for good reason: they provide you with a safety net when things go south.

Babysit your neighbor’s kids, clean hotel rooms on weekends, pick up a serving shifts a couple nights a week, cross-stitch

beautiful patterns and/or nasty song lyrics onto pillows and sell them on Etsy. Find a way to make extra cash you can stow away that doesn’t interfere with your primary income stream.

Your options are only limited by your humility and the amount of sweat equity you’re willing to invest in your future. As hard as you fought to land your first real gig, the rug could be pulled out from you just as easily. Your contract may not get renewed; your company may collapse due to financial mishandlings at its highest tier; the product you’ve poured your soul into could easily go the way of Friendster (RIP) and become a technological dinosaur.

Whatever the circumstance, side hustles provide you with an extra level of independence and freedom you’ll thank yourself for later. Keeping yourself sharp with a second set of skills isn’t just financially advantageous — it’s self-preserving.

3. Don’t get addicted to the money.

My first promotion bumped me into a higher tax bracket, and took my ego along for the ride. I’d worked so hard to earn my new title, taking on extra tasks, proving that I added value to the company. The promotion meant that I’d finally have health benefits. My goals suddenly seemed attainable — I finally had enough money to get my own apartment, put a car I couldn’t actually afford on a line of credit, and upgrade my membership at the gym I never went to.

Last year, I received an offer from a smaller non-profit organization to be their communications officer. One of my biggest roles would be to develop their marketing strategy from the ground-up, and spread their message across the country. It was the perfect opportunity for me: it aligned with my career goals, the work had meaning, and I’d finally be managing projects I believed in.

But I couldn’t take it.

My debts prevented me from taking a pay cut. My lease precluded me from being able to relocate, and the car payments didn’t leave me enough room to commute and still come out ahead. I had allowed my lifestyle to inflate with my paycheck. Though I enjoyed simple luxuries that improved my status, I was spending recklessly, living a lifestyle I felt I deserved. Hell, the lifestyle wasn’t even all that flashy, but I thought I had earned it.

What I deserved was a stable future, one that would allow me live comfortably and humbly, and one that didn’t force me to put off my plans because I was addicted my standard of living.

Pretend you only make 50-80% of what you actually do. Read about minimalism. Take the advice from your new financial advisor bestie to heart. Live modestly. Spend intentionally.

If you have dreams of going out on your own as an entrepreneur or getting into the not-for-profit world, stash your cash and budget as if you made significantly less. You’ll be able to take a pay cut without having to restructure your entire life. You’ll travel. You can relocate, or quit your job to take the leap into freelancing without declaring bankruptcy or robbing your future.

Living on a reduced amount of your income shouldn’t mean you only ingest water and sunshine to sustain yourself. It just means you pay yourself first. It’s the financial equivalent a fully-stocked doomsday refuge: it properly prepares you for an uncertain future. And if I had followed those rules when I was so busy upgrading my unused gym membership, I would have been freer in my choices — something I’m always determined to be in the future, now that I have learned better.

Kayla Snyder is a social media pro, habitual student, and friend to the oxford comma. You can follow her on Twitter.