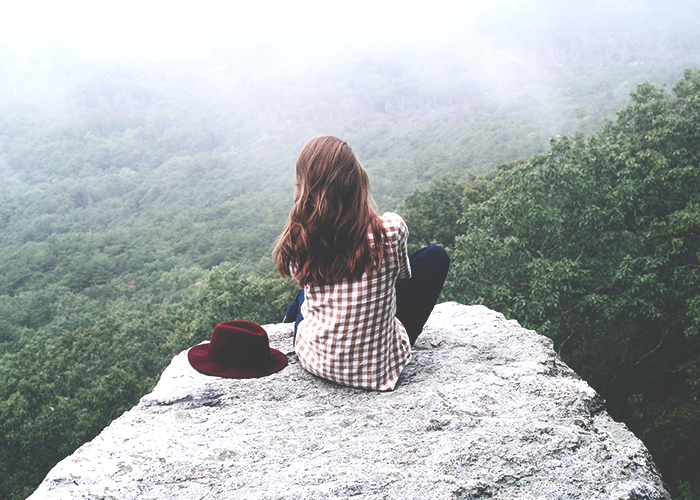 Recently, while meeting some new people, I mentioned that I watched children as one of my jobs. The guy I was talking to said, “Soooo…. You’re a nanny?” I nodded, and he said, “Okay, cool. I was just wondering; I know some people have a problem with being called that.”

I smiled and moved on, because the guy was nice and obviously meant no harm. But it did get me thinking a lot about what I do for a living. I hope to make a full-time career out of writing someday, and although I’m making steps towards that, I do need to find non-writing jobs to, you know, support myself as I work towards those goals. I’ve been nannying and working with children in other ways for as long as I can remember; I always found it to be a more relaxing and more rewarding side-job for me than working at the mall, or in a restaurant. However, more recently in my life, I’ve really gotten down on myself about it. I sometimes feel like as a childcare provider, I’m contributing nothing to society, and not growing as a person or gaining any knowledge while on the job. I’ve talked to a lot of other babysitters and nannies about this –- it is hard to take myself seriously because my job never feels quite serious. My job as a nanny isn’t hard – I’ll be the first to admit that. I don’t have a “boss” to complain about. I don’t sit in a stuffy office building all day. I don’t feel like I’m justified to come home and complain even after working with the kids for 30 hours straight, because I know very well that the hardest part of my job is being at it. All I do is hang out, do some light cooking and driving, clean up after the kids, and essentially make sure they survive until their mother returns. I do a pretty good job at it all, but I do sometimes get bummed out that I have a job that hardly even seems worthy of putting on a résumé. What will future employers think when they see that for the past five years, I’ve spent the majority of my time watching Dance Moms and baking cupcakes with a pre-teen girl, and not doing anything that really even feels like work?

In a recent course I took for school, we had an assignment that required us to provide a copy of a cover letter that we’d send out to a potential employer. I’ve hardly ever had to write a cover letter for a job application (since most of my job applications just consist of me telling the mom “yes, I’ll keep your kid alive for the next six hours” and then they say “adios bitch!” and get the hell out of dodge). The only exception to this was my TFD application, for which I crafted a very TFD-specific message. But for this assignment in particular, I was requested to make kind of a “general” cover letter highlighting some of the most important skills I’ve gained from the work I’ve done so far in my life.

“Well,” I thought, “I always get the kids off the bus, keep them alive, and clean up after them. What employer is going to care about that?”

But as I thought more and more about it, I realized that there are tons of skills I’ve developed and sharpened during my years of nannying that will carry over to any job I have once I graduate and eventually stop working with kids. I went to town on that cover letter, got an A on the project, and found myself a little prouder of the work I do with my kids every day. Here are the most important lessons and skills I’ve picked up, and how I think they’re going to roll over and help me out on my career-path.

1. Communication is literally everything.

Communication with the children I’m watching and their parents is one of the most important parts of my job working as a nanny. The most difficult part of my job is often managing all of the different activities and appointments for the kids in accordance with the schedule of daily tasks and chores set out by their mother. I’m probably on the phone talking to or texting her three or four times a day, especially when she’s out of town and I’m with the kids for a longer period of time. I’ve found that if I’m only half-listening and don’t take the time to actively communicate with her, I start making huge mistakes. For example, last week we had some sort of communication breakdown and my little girl and I ended up arguing over what time her mother said her voice lesson was. We ended up both being wrong, and she missed her lesson completely. I know her mother told me at least two or three times when the lesson was, and I’m sure she told her daughter as well – but we both lost the message along the way and relied on each other to remember, which clearly didn’t work out. But just as much as communication matters in the day-to-day life of parents, children, and their nannies, it matters in almost every career. I’m a communication major in school, and if there’s one thing I’ve taken from my studies, it is that almost anything can be accomplished with effective and competent communication.

One of the most important things you learn when working with children is that not everything is worth arguing over. Kids are incredible at doing the wrong thing in almost every situation, and you have to decide which mistakes are worth teaching them a lesson about, and which ones you’re better off letting slide. Example: when my 11-year-old peels off her socks downstairs and forgets to bring them to her bedroom even though I asked her 12 times, I’m annoyed, but not sure if it is worth getting on her case about. However, when she tries to leave the house for a playdate wearing a training bra as a crop-top, you best believe I’m giving that sassy broad a lecture and sending her upstairs to change.

Picking the battles that you do decide are worth fighting is every bit as important as picking the ones you let go. Maybe when your boss says something bitchy to you, you text your boyfriend and grumble about it in silence for the rest of the day, but don’t do anything actually damaging. But if you’re being mistreated, harassed, undervalued, and underpaid, you’re going to want to find the strength to make the decision to stand up for yourself and not allow those unacceptable behaviors.

As a nanny who works overnights every week with the children while their mother is away, a big part of my job has been to take on the role of Adult In The House, fearlessly take control when needed, and be in charge of everything. It is something I’ve gotten way better at, but I’d be lying if I said that the first night I slept in the house with the kids wasn’t the most terrifying night ever. Every time a floorboard creaked, or a kid had a nightmare, or any other “I need an adult” situation came up, I had a mini-freak-out before remembering that I am the adult and it is my job to keep the whole house safe. I can see that there are also moments in every career when you’re given a task or responsibility that you’re not entirely comfortable with, or don’t have tons of experience with. Although it is obviously important to ask questions and communicate your fears in order to prevent any huge mistakes, it is also sometimes worth it to just rise to the occasion, work your ass off, and fake confidence until it comes naturally. If your boss and coworkers believe in you, you’ll eventually start to believe in yourself too. (That’s what I’ve found, anyway –- if I pretend the thunderstorm outside doesn’t scare the heck out of me, my little girl is more likely to get back in bed and stop being afraid herself.)