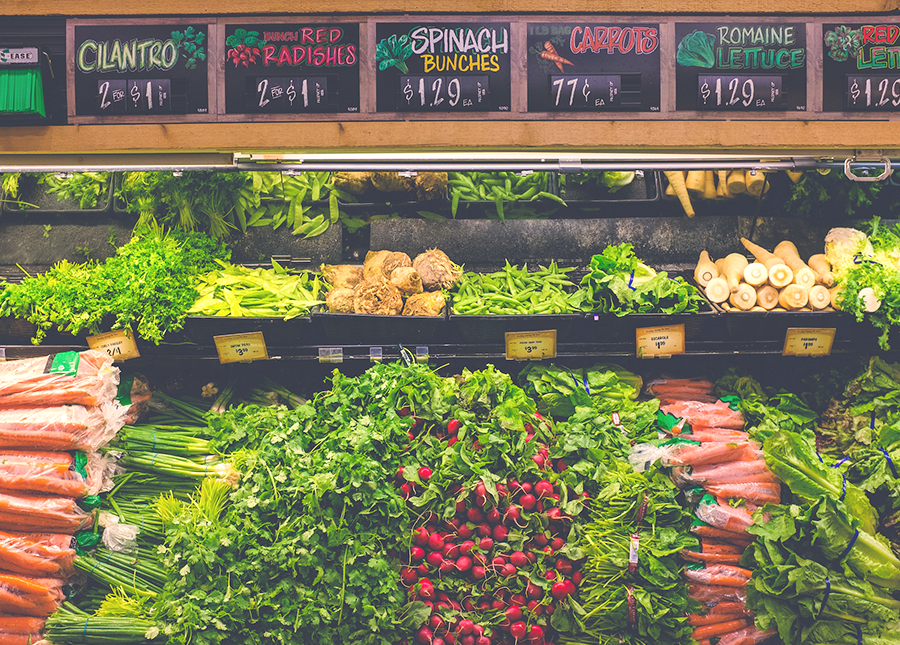 Food seems to be one of those things that’s pretty much always divisive. I’m not saying that there’s any method that’s better or worse overall. Plenty of people live their life on only luxury grocery store ingredients by working out the cost per meal, and they seem to do just fine. Tons of other people choose to eat out sparingly and make everything from scratch down to their snacks. But it’s still possible to end up with lots of unanticipated spending and a five-pound bag of rice they never use.

I used to do this, and for the longest time had no idea why it wasn’t working. But the problem was that I wasn’t figuring out what I actually liked to eat. I would just set categories like “drinks” or “groceries” in my budget, and I would buy things like celery and peanut butter that I never ended up using because they weren’t appetizing when I was actually hungry.

If you like luxuries, then you might figure out (hopefully by the end of this article) that you only like those luxuries, not their alternatives. The best budgeting tip you’ll find is to rank the things you love by price and compensate for the expensive ones. If you believe in spending $1 per meal come hell or high water, you’re probably someone whose primary craving is for something filling and fueling, and you’re already there. But if you’re in the middle — and most people are — you’ll need to design a food plan that is economical and that you’ll actually eat, which is the most important part.

I am definitely guilty of stopping by Starbucks for a Frappuccino every finals season, and at least one seasonal Christmas latte. (I promise no more latte factor talk after this, but can it really be a finance article without it?) I absolutely love the joy of extra whip and the way all the syrup layers shift the taste as I work my way down. I enjoy the weird crunchy ice mouthfeel at the very end, and adding some cinnamon and nutmeg and drinking the one swirl that has almost too many spices, but not quite. Crème Brulee lattes are a slice of delicious mana from working-professional heaven.

But none of these things are true of regular coffees for me, not even if I restrict my sample size to just ones from Starbucks. Every time I’ve walked into a coffee shop and just bought a coffee, especially when I’m trying to budget, it has been at best unremarkable, and more often than not pretty awful. My favorite drink of all time is Haagen-Dazs’s Pomegranate Berry Smoothie, which I’ve had exactly twice. I promise you, I could write a sestina on how amazing each time was. But it was a very special treat that’s also associated with a very special memory, and buying any other smoothie won’t give me that high. So I don’t do it.

Everyone has stories like this, from restaurants to cafés to which snacks are on sale at the grocery store. Sit down with yourself and analyze what you’re eating for a week. Figure out what exactly you’ve been buying lately, and why you enjoy it. Because odds are, you’ll end up with a handful of foods you’ll never give up, and the other 80% were either on sale/in stock when what you wanted wasn’t around or the closest “cheezy” or “crunchy” or “fizzy” alternative, and you ended up binging the entire thing while watching Ozark because you didn’t like it but couldn’t waste it. Cut those products out of your life. I have spent six dissatisfying years buying things because Flaming Hot Cheetos weren’t on sale, and eating half the bag in a fit of pique curled up in my bed. Don’t do the same.

Also, just because you love a food doesn’t mean you like all of its characteristics. If you only buy a dish because of the way they saute the eggplant, that’s your luxury, not the whole pilaf. There are tons of foods that I only love because of a certain ingredient, and the price difference between buying good pesto cavatappi and buying just good pesto is huge.

2. Solve cravings at the source.

It’d be nice if you only had to eat when you had the time and luxury to have Instagram-worthy Irish nachos. But woman cannot watch Netflix alone. Everyone has some food cravings that are just “I want something warm and noodly,” or “I’ll crash without caffeine,” or possibly “I need enough onion-flavored dust to coat my couch in shame residue,” and I’m not judging. You just have to realize that you want “fizzy,” not “off-brand throwback Mountain Dew.”

If you need breakfast to survive but want something quick, the best pastry in the city will be probably enjoyable as you’re choking it down in the car, but whatever you find at the closest café on the way will most definitely not be, and they’ll both take a chunk out of your budget. Stocking generic bagels/granola bars/fruit/oatmeal you like in the company fridge or your backpack isn’t going to get you to food nirvana, but it’s cheap, and you’ll definitely eat it.

If you get takeout because you want something greasy and warm, Costco sells frozen yakisoba with real vegetables in it, and it’s magical. Frozen ravioli is great for cravings, as is decently cheap per-pound candy. Popping your own popcorn takes about five minutes and a pot, and you can coat that with whatever sweet and savory spices your depraved mind can come up with (including onion powder). If you want “something sweet,” you do not have to buy the nearest four-dollar artisanal croissant. I mixed enough mug cake dry ingredients to fill an IKEA container a couple months ago and left it in the breakroom, and I only need a witty quote mug and tap water to live my dreams.

In an ideal world, we would replace everything unhealthy with ancient-grain-perfumed air, and I get it. But stocking some staples for your unhealthy cravings will still probably be less terrible and less expensive than picking up “anything that will carry me through three more hours of work” from the cafeteria downstairs, is something that your mind will consider a valid alternative, and has the energy input of using at most one pot or microwaving some stuff. Take your wins where you can get them.

Make sure you’re only buying stuff that you want to put in your body, though. The world’s best sale on frozen berries means nothing if you’re drinking smoothies purely for the creamy sugary-ness. If you get high-protein snacks but they aren’t also salty, they won’t stop you from going to the vending machine. And not buying bok choy for your stir-fry isn’t great if it downgrades your meal from an A+ to a B-. If you can afford to, spend on the ingredients you enjoy eating, and you’ll be happier with the end results.

3. So I separated luxuries from staples for X amount of time. Now what?

The hardest part is over. You’ve figured out what you actually enjoy and worked it into your budget, and taken your cravings and found cost-friendly ways to achieve them. Now all you need to do is…keep doing those two steps forever. Yeah, I know. I’d like to believe that seven days of food journaling and buying some fillers will fix everyone’s food problems. But it turns out food, like everything else, is a repetitive journey.

You’re going to look back after a while and realize that some things that used to be staples got expensive while you weren’t looking, and you should find new alternatives. Maybe a couple of those staples are your new luxury item, to be bought anyway but sparingly. You might just not like your Sunday treat scone anymore. Your tastes change and your budget changes, and you have to keep analyzing. But as long as you pay attention, this method will cut down half of your spending while keeping about 90% of your enjoyment, and hopefully prevent some food waste.

Alex is trying to figure out how to be an adult, and how to be happy. Hopefully the two things aren’t mutually exclusive.