3 Rules For Making Delicious, Healthy Breakfasts For A Dollar A Day 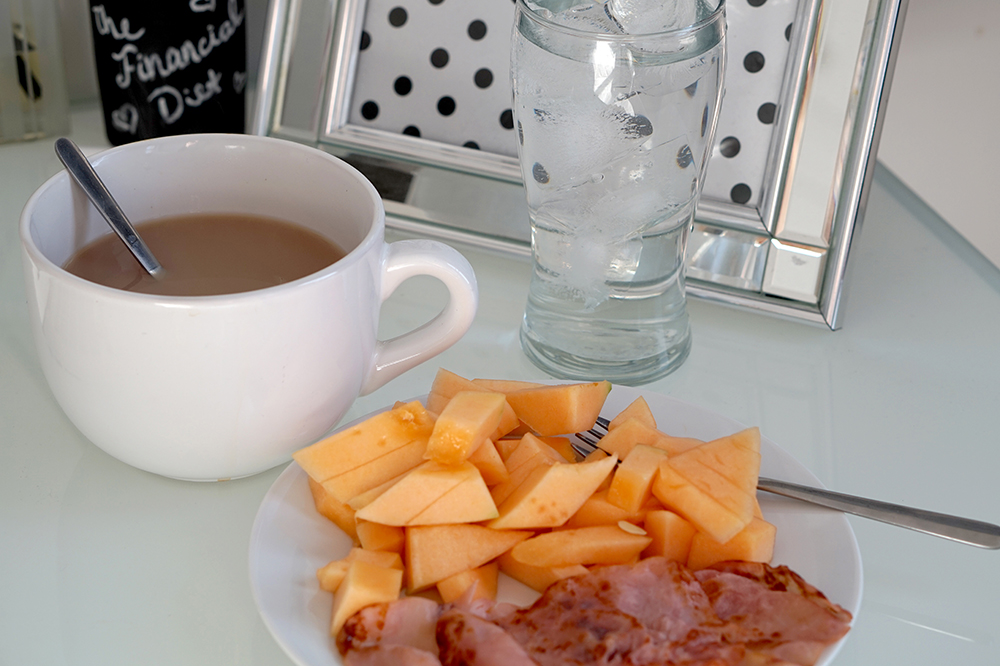 I’ve been on a new eating regime for the past week (Weight Watchers, if you’re curious), and it’s been going really well. While I thought that I would hate the points system and having to watch everything, I’ve found that it’s actually quite the opposite. I feel sane and able to keep track of things in a way that leaves me never feeling racked with guilt or deprived of what I want. It’s more clean-cut, and — combined with my Fitbit — basically gives me no excuse to ever claim ignorance. And no, before you ask, no one paid me to write this.

With the new ~lifestyle~, though, comes The Search For The Perfect Breakfast. I have settled into a few different go-tos for different moods/cravings — insofar as one can have a routine after a week — and have found that the right combinations of food leave me feeling full (yet not weighed down) until late in the afternoon. Being that I am always on a financial diet, though, I wanted to find out how to make these breakfasts as cost effectively as possible, which also often translates to healthy, as produce near me is significantly less expensive than the prepared stuff.

Broken down into individual servings, things like oatmeal with a sprinkle of almonds, or a hardboiled egg and a sliced-up tomato with salt, pepper, and herbs, work out to about a dollar per day. My breakfast this morning, a bunch of cut-up cantaloupe with two ounces of lean ham (which I browned up quickly in a hot, dry pan) came out to a dollar and just over 100 calories. And it’s so filling! It’s got all the flavor I love of melon and proscuitto while saving significantly in both calories and money. I’ve been working on coming up with little breakfasts like this, and I’ve found that, in general, there are three rules to follow when maximizing the healthy, satisfying dollar-per-day breakfast.

One important thing to remember with eating in general is that we often mistake hunger for thirst, and our bodies do not work properly if they are not given the proper amount of liquids. I always accompany my breakfast with my caffeinated beverage of choice (today it was tea, which is literally a few cents per cup), and a giant glass of ice-cold water. If you’re not totally into the plain water thing, put a few slices of lemon or sprigs of mint into it. The point is that you should be alternating between sips and bites, and trying to look at finishing your water as part of finishing your meal. You leave feeling more satisfied, with more energy, and not weighed down by all the food you just took in.

2. Whenever possible, fill your plate with produce.

Really this should go for every meal, but it’s often neglected at breakfast, because it’s so much easier to put a big salad or pile of veggies next to your chicken at night than it is during the day. But slicing up a tomato and seasoning it, or cutting up a big piece of fruit, or adding a handful of leafy greens to your eggs, are easy ways to get some freshness into your meal for very little money. They take up real estate on the plate while saving calories, and when you break down the cost, it’s nothing. My cantaloupe for example was about two dollars, and I’ll get around four meals’ worth of fruit from it. 50 cents for a huge part of my breakfast is pretty damn good.

3. Buy in bulk (and online, if possible) the things that you’re going to want often.

If there are things you know you’re going to eat a lot, and which keep a reasonably long time, I recommend using an online grocery service like Soap or Amazon Fresh to get them in bulk ahead of time. (Ideally, you should also be buying things like cleaning supplies, paper products, and kitchen staples online as well, so that you will never run out of them and get the best price on it.)

Getting things like oatmeal, nuts, seeds, and the like in bulk ensures that not only will you always have them at hand — reducing the temptation to switch to something more immediately gratifying, but also more expensive and unhealthy — but will give you by far the best cost-per-serving ratio. Having good breakfasts is about 80 percent planning ahead, and cutting yourself off at the pass of making bad decisions. Your first meal can be your healthiest and least expensive, easily, you just have to set it up that way.