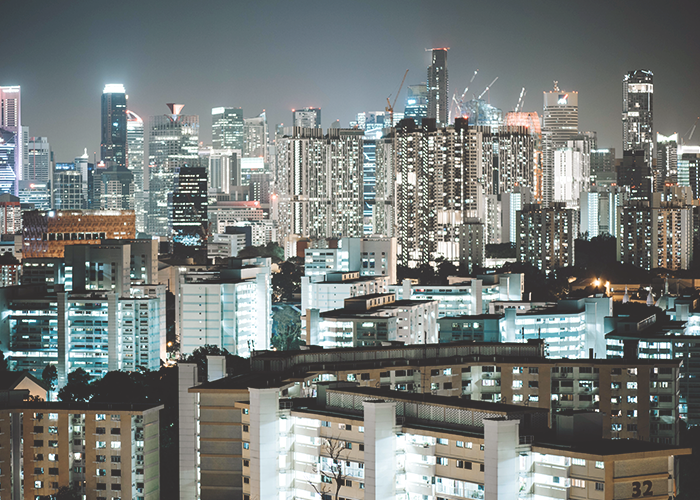 I have been back and forth between Australia (where I’m from) and several other countries for the past three and half years now. Whether it was for a six-month internship, a semester abroad, or a real, paying job, I have spent many thousands of dollars moving around the world to take up career and educational opportunities. Living and/or working in Nepal, Cambodia, South Africa, and Kenya, I have also learned a lot about the unexpected costs that seem to arise during any move.

Back in 2013, I moved to Kenya for six months. I had a healthy $18,000 saved up to sustain me while I was (barely) being paid. During that half a year, and the subsequent moves to South Africa and Cambodia, that amount dwindled until the bank balance hit zero. Fortunately, in Cambodia, I had a salary and could pay my bills, but it wasn’t really enough to save a significant amount, or to keep an emergency fund. Looking back, living in another country with only $500 to my name at the end of every month was incredibly stupid of me. If anything had gone wrong during that time, or I needed a flight home, I would have found myself groveling to my parents, and then stuck on their couch for many months. I did end up saving enough money eventually and getting back home with a few hundred dollars in my account, but it took time, and a fairly significant toll on my nerves.

Luckily for me, my latest move to start working in Nepal for work came with a decent salary, flights and insurance, and a settlement allowance, so I didn’t have to wait for my first paycheck to pay rent. Even then, I had exactly zero in my account before I left, and it’s only with some thriftiness that I have managed to save a decent emergency fund.

Since I will be finishing my contract working in Nepal this May, I am trying to plan my next move. I will be back in Australia briefly, but I have no intention of staying there, and I will be moving to Europe shortly afterward. Unlike my previous moves, I plan to manage my finances much more effectively when I go abroad, so that I have an emergency fund and more options available to me.

1. Find a job before arriving.

When I was in Cambodia, I spent my first two months without working or earning an income, and it was not a fun time at all. Closer to May, I will have a better idea of which country I want to move to (Estonia, Spain, and Portugal are currently leading), and since I am under 30 and an Australian citizen, I can get a working holiday visa, which will allow me to earn some money while I am over there for up to a year (working holiday visas for Americans are slightly more limited). Once I have that visa in my passport, I will be networking as much as I can. I plan to ask friends of friends, send out resumes, and start researching companies I’m interested in working with, so that when I arrive, I can hit the ground running.

While I don’t plan to spend my entire time in Europe working, I hope to have an income fairly quickly, rather than going broke slowly and desperately scrambling to find work as my balance approaches zero.

2. Save up enough before leaving.

Many working holiday visa programs require applicants to have a certain amount in their bank balance to be granted a visa. While this requirement seems like an effective way to force broke tourists to save up more, I certainly wouldn’t be the first to admit that getting around this requirement is far from difficult. Any budget travel blogger anywhere will preach that you don’t need to save money to travel around the world, but I am going to call bullshit on that. Sure, it is possible to sleep roughly every night, and subsist on baked beans and bread, but nothing ruins an adventure like not being able to afford to do anything.

After the anxiety of arriving to start working in Nepal with almost no money, I definitely don’t want to live with the fear of being so close to broke weighing on me again. Not only am I going to save up the minimum required amount, but I also want to leave enough money at home with my mum, as an emergency fund and a flight back home if I need it. If saving enough to have a buffer zone means that I have to delay my trip and save up by working a shitty job, then so be it. Even though, technically, I can survive without serious savings (and I have done some very cheap travel in the past), I realize that I can relax more while I’m away, take more risks professionally, and not feel trapped if I plan ahead.

3. Develop a sustainable, location-independent side hustle.

Being able to work as a digital nomad is a luxury that few people enjoy, but it is one of the best ways to stay afloat financially for people without a permanent and stable job in one place. For those without skills that are digital nomad-friendly, it can take a serious investment in time and effort to learn and master things like SEO, digital marketing, or graphic design, or to develop a solid portfolio. Even for those with the right experience and skills, finding reliable and regular clients isn’t an easy feat, nor will it happen overnight. Getting to a point of side hustle sustainability is my aim for 2017, so even before I move to Europe or decide where I want to go, I will be laying the foundations.

Even though my dream job is something that will eventually lead me to have a fixed location, I still want to have a location-independent side hustle to help me save more money on the side. I have seen many bloggers and writers flying home, broke and miserable after moving abroad, and expecting their writing to start making them money immediately, which is something I plan to avoid by starting early. I am already building my portfolio and trying to improve my design skills

, so I will hopefully have some reliable clients by the time I move overseas.

Gabby is a career hopping traveler who works with small businesses and startups when she’s not eating or sleeping.