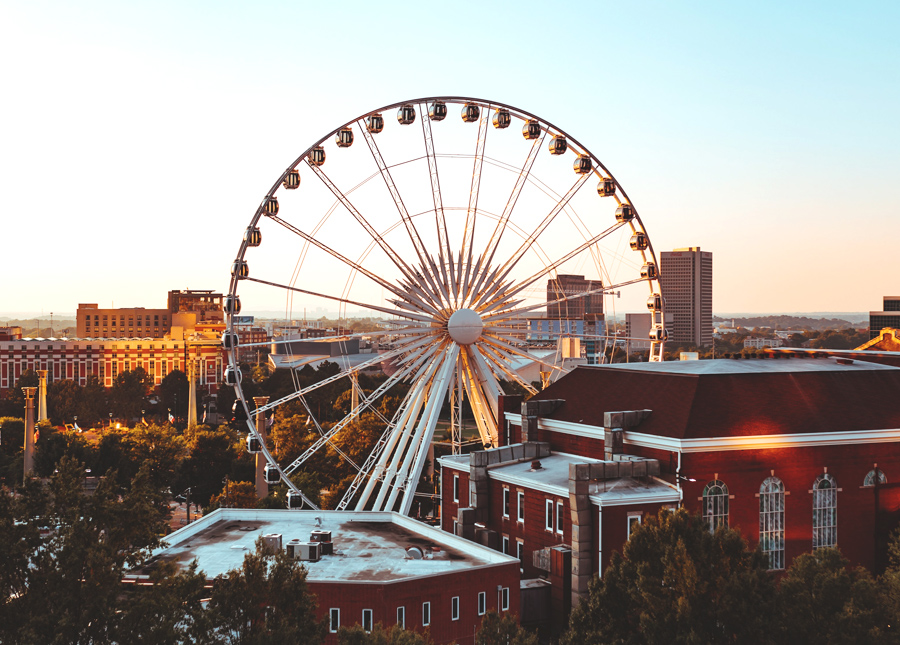 Let me start this by saying I am by no means an old person. I’m 26 (four months away from 27, if we want to be ~exact~) — that’s so incredibly young, no matter how many times my friends and I trade messages like “god we’re so old” when we realize our college senior week was four and a half years ago or that the last Harry Potter movie is already seven years old. It’s easy to say I’ve never resented getting older, because I haven’t really gotten older yet. Hopefully, I’ll get to be a very old person, and by then, ages 22 and 26 and 8 months will feel very much the same.

But I think most people would agree that four years can make a huge difference in your life and self-perception. In the last four years (and change), I’ve gone from earning just barely five figures a year in my part-time job as a student to earning an amount that is more than simply livable; never having had a boyfriend to living with my S.O. of two and a half years; having never been paid for working in my chosen field to editing on the internet for a living. Of course, those things are going to make a difference in my day-to-day life, even though those changes happened gradually. And I’m not sure if it’s a byproduct of putting a “grown-up” life together or just a simple fact of getting older, but one truth I’ve learned about myself is that I care a hell of a lot less about being a certain “type” of person than I did when I was 22.

I don’t think I was a particularly angsty teen or young adult, but I could definitely be self-righteous about a thing or two. I’ve gradually learned that life is too short to be above anything, at least when it comes to your personal taste. So, in honor of getting older and learning to like yourself more, here are a few things I’ve personally spent too much energy being too good for that I actually enjoy a great deal now.

I’ll start with the silliest of these. Anyone who has ever met me (or read my Twitter feed) probably knows that I love watching The Bachelor franchise. Back when it was still new, I was probably 10 years old, and I would occasionally watch with my mom. I specifically remember her explaining to me who the Firestone family was and why people would care that one of the heirs was the new Bachelor. Once I got to college, though, I started refusing to watch — it was too sexist, shallow, and, as I realized thanks to my sociology of sex class, heteronormative. It didn’t align with my values, so why would watch it?

But you know what? It totally is all of those things, and it mostly doesn’t represent my personal values, but sometime in the last three or four years, I realized I don’t really care. These days, one of my favorite weekly traditions is having a friend over to make dinner on Monday nights and indulge in the on-screen ridiculousness. I eventually accepted the simple fact that I find it super entertaining, even if I don’t “believe in the system” the way every contestant claims to. I think everyone on the show is “there for the right reasons,” even if those reasons are career-motivated, thanks to Bachelor Nation’s newfound status as an Instagram Influencer Factory. And I think Bachelor in Paradise especially is the most fascinating, stressful social experiment, and I am more than happy to watch these people talk about each other on a beach for four (4) hours a week. (Also Venmo John is an ultimate sweetie and I am just praying he doesn’t break my heart.) And guess what? I don’t think watching such “guilty-pleasure” TV has made me any less of a thoughtful, progressive person. It’s just fun.

2. Indulging in a “high-maintenance” beauty routine.

I’ve written about money I’ve spent in my life trying to impress guys without seeming like I was trying to impress them. I’ve always been a pretty feminine person in the traditional sense: I love pink, wearing dresses, “tasteful” cleavage, shaving my legs (well, occasionally). My main extracurricular activity growing up was dance, and if I never watch another sporting event again (outside of gymnastics and figure skating), my life will probably be unaffected. But I was always self-conscious about being “high-maintenance,” mainly in the form of personal care.

There is nothing quite like the fluttery high you get when a guy tells you you’re chill, not like other girls, simply because you don’t spend an hour a day in front of the mirror. (In my experience, this was the same type of dude who’d ask if you were feeling sick if you showed up to class without makeup on one day.) So, in my college years and early 20s, I chased that sense of approval — I was so wary of seeming too invested in my appearance, despite the fact that I always felt my best when I  washed my face properly and actually wore makeup and did my hair. Now, I love my personal care routine. I tend to not wear makeup on days I work from home, but I make sure to do my skincare regimen every morning and evening — that alone must be 30 minutes a day. I don’t blow dry my hair every time I wash it, but when I do, I feel great about myself, despite the fact that styling takes a little bit of time. If I have a dinner or date night planned, I’ll even indulge in a little extra time getting ready so I can try out some fancy eye makeup. I don’t think anyone needs to spend a lot of time on their appearance if they don’t want to, but I also think it’s more than fine to care. Pretending that investing time in your appearance is shallow is just another way to shame women, and it put me in a vicious cycle of always feeling bad about myself — either because I wasn’t spending enough time on how looked, or because I was afraid of spending too much.

3. Embracing where I’m from.

I grew up in suburban Atlanta, and I was always the “anywhere but here” girl (like Rachel from season one of Gilmore Girls, but with less-aspirational hair). I had no personal ties to the South because my parents weren’t from there. I also was raised with the (extremely fortunate) certainty that I’d be able to go to college anywhere I wanted, and my extended family was always spread all over, so there was never any expectation that I needed to stay in any one place. I grew to resent the South for everything so many people seemed to love it for — its conservative politics, backwards traditionalism, seemingly endless summers. I couldn’t wait to get out, and I made that very clear to everyone around me.

Now, however, I have such a fondness for not only the South in general, but for Atlanta in particular. I don’t see myself living there — I like snowstorms and not owning a car far too much — but I always look forward to going home for a short while. I live for the food, and I have yet to find fried green tomatoes or shrimp and grits quite as good up here (and Atlanta has some of the best restaurants I’ve ever eaten at). I say “y’all” now, something I was adamantly against as an adolescent because I truly felt that contraction to be beneath me, grammatically speaking. And as far as the politics went, I don’t think I ever gave it enough credit. Yes, there are plenty of hateful people around, and maybe they are more outspoken than others. But even my mom found plenty of other liberal mothers from our neighborhood when she joined a political action committee last year — some of whom she’d known for years without knowing their politics matched up with hers. Atlanta isn’t even the only “blue” area down south, and I know plenty of southerners who are deeply caring and open-minded, yet never feel the need to resent the place they love living. Moving away from Atlanta gave me room to miss it and appreciate it in a way that I never allowed myself when I was younger.

Maybe you have your own list of things you’ve finally learned to let yourself like, or maybe not. For me, examining these things and getting to the bottom of why I was so resistant to embracing them has been so helpful for my growth as a person. People’s personal choices and preferences are not inherently indicative of how smart, thoughtful, or progressive they are. Accepting that I was allowed to like all of these things and still be proud of who I am has done more good for my life and self-confidence than I ever thought possible.