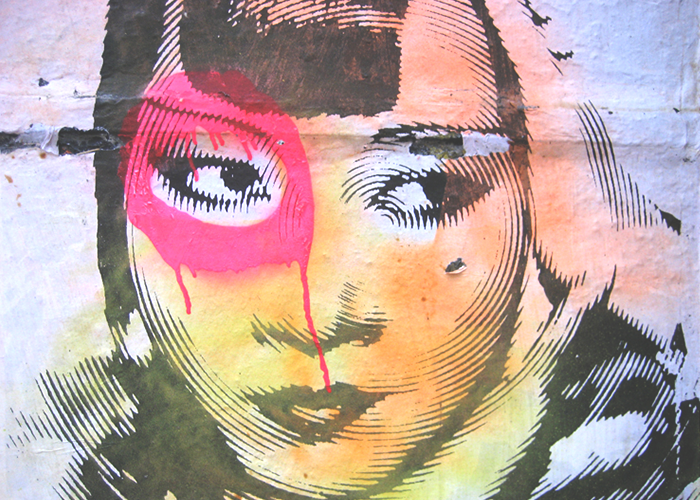 As a personal finance

nerd, I spend a lot of time playing with numbers. After I paid off my student loans last year, I started focusing on ways to increase my income. In my career, I’ve never made over $35,000 annually. I’ve done a lot of research on how to get to the bigger numbers: negotiation tactics, industries that begin paying you with higher wages, and numbers for average salaries in different states. I’ve applied for hundreds of jobs over the years, since graduation.

My earnings have remained low, and I’ve struggled to find full-time work. Fairly recently, I pulled my head out of the sand and realized that I don’t live in a bubble. I live in a flawed society, where certain aspects of my identity could be working against me on the job front. Here are the three things that I’m worried are affecting my earning potential.

My last name is Perez. My father was born and raised in the Dominican Republic, and though I look damn white, I’m 50% Dominican.

When you meet me in person, you would never guess that I’m a Latina. My white “passing privilege” (pale skin and light eyes) means that, when I’m face to face with people, they define me as white. Race in the US tends to operate on a binary — you’re either white or “other.” This binary is hugely problematic for many, many reasons; one of the biggest problems, for me personally, is that people with non-white-sounding names face workplace discrimination.

A lot of studies have proved this phenomenon. One study found that Latinos are discriminated against 20% of the time in the job application process. Another study found white-sounding names received 50% more callbacks than black-sounding names. José Zamora found that, by applying as “Joe” Zamora, he went from zero application responses to a full inbox. Forbes even wrote an article called “Have a Foreign Sounding Name? Change it to Get a Job” that talks about how the race bias is not exclusive to the US; it’s found abroad in countries like France, too.

Now, I can’t be sure that I’ve been discriminated against. I can only tell you that I graduated from a prestigious college, have a solid resume, I interview really well, and my written work can be found all over the internet. In the five years since graduation, I have never been offered full-time employment. I’ve sent out a LOT of applications, in different cities across the US, in different industries. No one has ever extended the hallowed full-time job offer to me.

I worry that my last name is something that people hold against me. I worry that it is a hurdle that I will never get over, while Mary Smith never has to think about it.

2. My history of low income.

Last year was the first time my income broke the 30K barrier. The whole part-time-employed life I’ve been living is also a low-income life. With study after study out there claiming that your twenties set the tone for your earning potential for the rest of your career, I’m worried that I’ll be a low-income earner forever. The data says that after 40, salaries don’t go up by much, unless you’re already a very high earner.

I’m good with my money, and I’m interested in living a long-term frugal life. But that doesn’t mean that a serious boost to my finances is something I’m not interested in! One goal of mine is to significantly increase my earnings over the next two years and thereby ensure that I am making enough to secure my financial future.

Women make less money than men in the US. That’s a fact. With my non-white last name and a low-income history, I’m worried that my gender is the cherry on top of the discrimination sundae. With white women earning 78% of what men earn, and Latina women earning only 54%, my stats do not look good as a mixed-race lady.

It infuriates me that my gender is a barrier to my financial earnings, especially because workplace gender discrimination is talked about so much. Yes, women need to ask for more money in salary negotiations, and yes, we need women in higher-earning fields to reset social precedents. We also need hirers to stop discriminating against women, and we need to crack down on sexist behavior that pushes women out of jobs in STEM professions and discourages girls from pursuing hard science and math degrees.

When I’m deep in the grips of a 20-something anxiety spiral about my money and my future, these are the three barriers that always come to mind. But, when this happens, I remind myself that continuing to hustle, create the best work I can, and give opportunities to my fellow ladies in the grind are things that I can control. So, I work to do those things every day.

Kara Perez is a freelance finance writer who blogs about living the good life for less at From Frugal To Free. After conquering her student loan debt, she’s striving to save more and live debt free forever. You can find her on Instagram and Twitter.