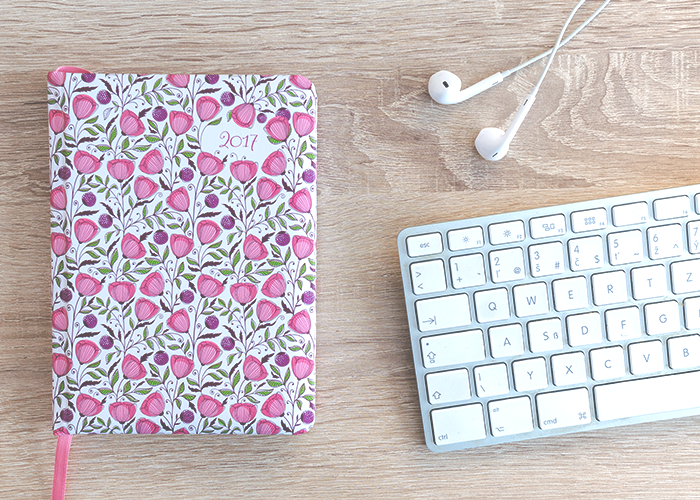 Earlier this week, we published a post from Jane Hwangbo, with this quote that really stuck with me:

A quality life is made up of an endless string of small improvements.

When I think about my personal ~money journey~ and how I got to the point where I started actually caring about my finances (and the idea of earning more), it was because I finally accepted that I was not going to suddenly reach a point of financially stability. I had to decide to start making small, everyday changes to get there — and it’s still a work in progress. I’m still paying off two credit cards; I have months where I spend too much; I don’t contribute as much to my retirement account as I’d like to. I’m not “there” yet, but I’ve also learned that I never will be. There will never be nothing left for me to improve.

At an earlier point in my life, that fact would have been enough to keep me from bothering to strive for a more financially-stable place. I would have wanted a quick fix, an idea that doesn’t actually exist for the vast majority of people. If that wasn’t possible, then fuck it — you only live once, as they say. Somehow, I eventually woke up to reality. I’m by no means wealthy, and I want to keep earning more, but I have options that I simply didn’t have a year or two ago, because I started caring — not necessarily because I started earning more. For example, I got to take my first self-funded trip to Europe because I finally had the discipline to save up for it without sacrificing my other financial goals.

Even beyond the fact that I work for a personal finance website, my own financial health is now something I take care of on a daily level, without thinking twice about whether or not I want to. It’s just a fact of life. I can’t avoid my credit card balance in the hopes that it will go away, so I don’t entertain the idea of not facing it.

I’ve also realized that I’ve mimicked the way I took control of my finances in other aspects of my life — by choosing to make little choices that led to small improvements, and eventually bigger ones, in the way I live my life. (And full disclosure, these are all things my mother would have told me years ago. I just had to figure them out for myself before they actually started working for me.)

1. Not leaving dirty dishes for future-me to deal with.

Adopting a “deal with it as it comes” mindset has helped me eliminate a lot of anxiety from my day-to-day life. Since I have a fluctuating income each month, and don’t always know exactly when I’ll get paid, I don’t automate my bill payments. If I have the money to cover a bill in my checking account, I pay it as soon as it shows up in my inbox. If I need to wait until I get paid again, I add the bill to my to-do list, and pay it as soon as possible. I don’t let myself miss any payments, because I don’t want to deal with the headache later on.

And, yes, the same thing goes for dirty dishes. At some point, I stopped letting them collect in the sink, realizing that beyond just looking gross, not having a heap of dishes to deal with is well worth the annoyance of taking care of them right away. Same for laundry, or any other little piles of clutter I leave around. Having a neater space just means there’s less I have to worry about.

I used to think a dream job was something I should want, but I never really knew what it would be. I never saw myself as a writer, because I thought of writers as specifically novelists hiding away in dusty attics, or journalists spending every waking moment meeting up with sources in dark parking garages. Neither of those appealed to me in any way that wasn’t hypothetical. I majored in Film & Television Studies in college before adding on my beloved (and much better-suited to me) English major, because, at some point, I thought I wanted to be a television writer. After interning on a TV show where I regularly had 12-hour days (and, of course, wasn’t being paid), I quickly realized that wasn’t what I wanted.

What I wanted was a well-rounded life, not a dream job. I thought there would come a point where I’d find some job that fulfilled everything I wanted in life, because that’s an idea that’s somehow sold to writers and other creative people. I felt like not wanting some all-consuming career meant I wasn’t ambitious enough to make it as a writer. But I finally accepted that there’s nothing wrong with wanting a career you’re excited about and a life you’re excited to come home to. Some of my days are long, but most are not spent entirely working — and that’s a life I like.

3. Actually exercising a little most days.

It will never not be annoying to me that exercising is good for you. I wish it were a hoax, but what they say really is true: it’s just as good for your mental health as it is for your physical health. For me, it’s just a small thing I can do nearly every day to take care of myself.

I want to exercise to be as much a part of my routine as managing my money is. I’ve recently been tracking all the workouts I do in my bullet journal for extra motivation, but I want to get to a point where I don’t even feel the need to do that. As much as I enjoy the occasional dance class, I can’t very well take a break by going to one — I have to fit my day around the specific studio schedule. That’s fine every once in a while, but usually, I’d rather complete a yoga video or simple set of bodyweight exercises at home, on my own time. I think home exercising has worked for me the most because it’s just for me. I don’t (currently) have an end goal, other than simply getting stronger and feeling better about myself. Taking even just a few minutes to do something active feels like an investment in myself (and it is a great form of preventative healthcare, of course), and simply helps clear my head during a long day.

As much as these three things have been hugely helpful for me in terms of feeling more confident and less anxious in my everyday life, the thing that has helped the most has been accepting that I’ll never not be a work in progress. I can set goals and achieve them, but eventually, I’ll just have to set another one. And that’s just fine. Those are the makings of a quality life.