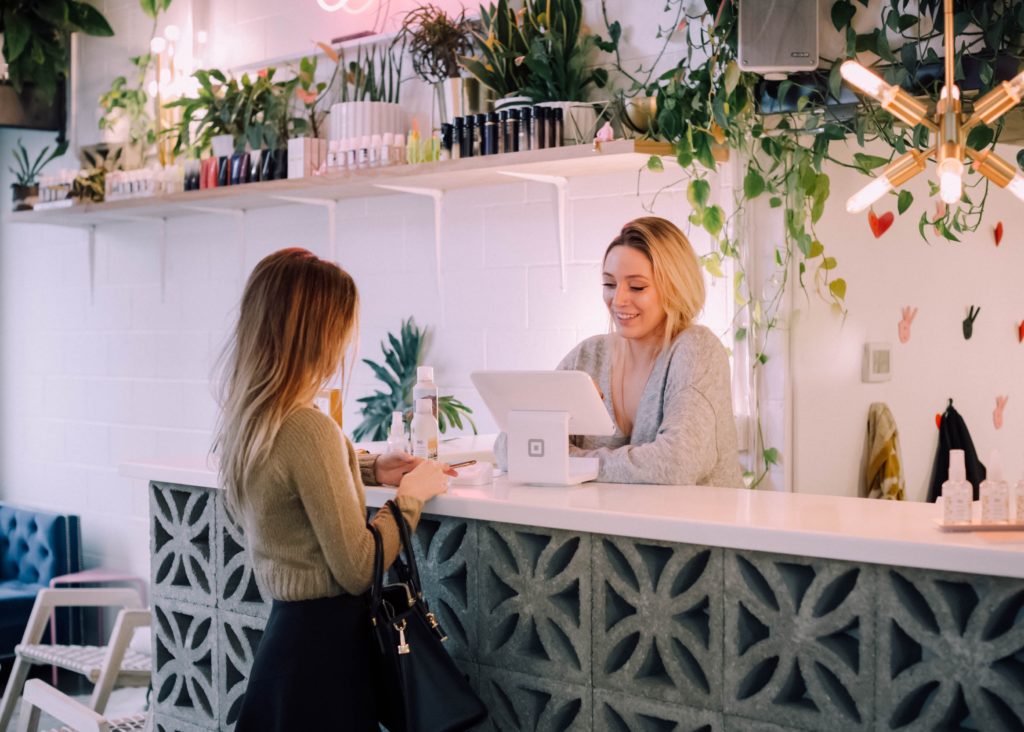 Several Fridays ago, I was typing away at work, experiencing slight FOMO. At that moment, hundreds of thousands were gathering blocks away from me in downtown Toronto, marching in the name of our climate. Around the world, millions more echoed their chants.

I longed for the days when that sort of thing lit a fire under me, when I was still simultaneously angry and idealistic enough to take action. Back when the idea of saving the world seemed like something that could be done by a group of passionate individuals.

But after a few wistful moments, I felt nothing for missing the protests. And when I later learned that our prime minister had attended the protests — the same prime minister whose government purchased a major oil pipeline to the ire of environmental groups and the country’s Indigenous population — I started to wonder if protesting, environmentalism, and ethics mean what they used to. Or if they mean anything at all.

For years, I tried to fool myself into thinking I was an “ethical consumer.” I’ve been a vegan since 2012, traded in my car for a bike in 2016, have ordered fewer than a dozen coffees in disposable cups over the last five years, and have been what I’d call a “soft local” shopper for about 10 years (prioritizing local when I can, but admittedly surrendering to big box stores and chains when it’s convenient). I even swore off kids in part because I thought it was the right thing to do (although truthfully, I really just don’t want kids).

But my idealism depleted over the years. It was a death by a thousand cuts. Starbucks swore off plastic straws, a move that experts say will not make a major difference environmentally and will hurt disabled people in the process. An all-vegan Toronto business opened five shops (a boutique, restaurants, and a cafe) in a downtown neighborhood — and was accused of adding to the neighbourhood’s growing gentrification problem, charging $16 for burgers and nearly $700 for winter coats in a neighborhood where low-income tenants were having to strike against doubling rent costs. In recent years, there have been calls for boycotts of brands whose founders support Trump, only for online detectives to find out that that would mean swearing off almost any brand you could buy in a store. Overall, taking action has increasingly become something that is available only to the privileged, further alienating working-class people. Not to mention, individual consumer action is a drop in the bucket compared to what major corporations do every day.

Still, I hesitate to accept the idea that there is “no ethical consumption under capitalism” — or at least accept that this phrase is endgame, that it means we should all just give up and consume mindlessly until the day we die.

How do we strike the balance between optimism and naivety? How can we actually find our way to solutions that make the world a better place, versus just making us feel better?

First, here are three truths we have to accept about ethical consumption:

1. Almost all items and services you purchase involve some exploitation (even “good” companies).

Whether it’s the source of the materials, the people who packaged it, the staff who sell it to you, or the way the CEO of the company chooses to spend their money, almost everything you buy has the potential to hurt someone good and help someone bad. Sometimes, brands that seem extra “good” have even darker sides. For example, family-owned Eden Foods, which specializes in organic shelf staples like beans, pasta, and sauces, checks off all the right boxes for animal rights and environmentalism, but the company has rallied against Obamacare’s mandated coverage of employees’ birth control. Whole Foods, purveyor of all that is gentle, organic, and cruelty-free, is owned by Amazon (and thus Jeff Bezos) — the company recently cut medical benefits for its part-time workers (approximately 1,900 people).

It’s hard to say this without sounding totally nihilistic, but whether it’s your home goods, your entertainment, or your food, odds are almost every purchase you make has the potential to be scrutinized.

2. Financial privilege means the power to shop with a philosophy.

It always seems like the companies that get called out most for exploitation, bad politics, and environmental treachery are companies that make items working-class people can afford. Whether it’s inexpensive clothing brands like Primark and J.C. Penny that were connected to the 2013 Bangladesh factory collapse, Target’s longtime opposition to unions (last year, a store in Long Island voted to unionize, although Target has objected to the votes), or the ever-vilified McDonald’s, it seems the companies that most frequently have fingers pointed at them are also companies that people in certain income brackets depend on.

It’s easy to say, “Support independent artisans! Go to your local farmer’s market!” when you’re not trying to figure out how to make a nutritious dinner for four with $13 to your name. Some communities have to depend on “bad” companies — in Northern Canada, where food security is the primary concern for most, Amazon Prime has been credited with being one of the most affordable options for groceries and staples. This doesn’t mean that those of us who are more privileged have to start self-flagellating over our options. But it does mean we need to be aware of how finances affect people’s ethical priorities.

Many “green” initiatives by companies fail to address broader causes of climate change (see previous points on plastic straws). Most corporate-owned entities contribute more to climate change through their resource extraction, land use, water use, and emissions (i.e. manufacturing and transportation). Many consumer-packaged goods companies still use palm oil, and it has been alleged that “sustainable” palm oil might be resulting in even more rapid deforestation. Fast fashion brands have a history of announcing sustainability initiatives, but some brands, like Boohoo, have been accused of still having problematic sourcing materials (like fake fur made of plastic, which doesn’t biodegrade).

The concept, “greenwashing,” is nothing new. Brands typically go for these moves because, frankly, changing broader policies like that is difficult to do without affecting their bottom lines, and the average consumer tends to be more aware of issues like plastic straws and bags than of the average company’s land use. Of course, sometimes if the consequences are dire enough, brands can be motivated to take action; several major apparel brands halted leather purchases from Brazil as a response to the country’s growing wildfires (which many believe spring from president Jair Bolsonaro’s pro-production policies).

So, now that we’re facing the reality that some of our efforts may have been all for naught, the question remains: What do we do?

Or rather, what can we do? If we’re fighting against powerful, rich corporations, can we actually make a difference? I think we can make a difference. We just have to commit to a few things:

1. Opt out of systems you don’t like…when it makes sense.

One phrase I like to use is “opt out of systems” rather than, say, adopting a label (like vegan/car-free/zero-waste). It helps connect your actions to the systems you don’t want to participate in, and it also helps address the “one person can’t make a difference” problem. I don’t think I’ll ever take the factory farming industry down, but that doesn’t mean I have to take part in it. You probably can’t opt out of capitalism altogether, but many people can identify things that they have the resources, time, and mental capacity to opt out of.

For example, I knew I could go vegan because I make a comfortable income, live in an urban area, and love to cook. I knew I could also switch to biking for that same reason. Maybe you have allergies or other limitations (or even different priorities) that would make going vegan impossible, but maybe you can commit to not buying anything with palm oil. Maybe you live in an area with community-supported agriculture and you can cut down on how much-imported produce you consume. And before you say that this won’t make a difference, need I remind you of all the industries millennials have allegedly killed? Your purchase patterns make companies respond, so if you can find something to commit to, embrace it.

2. Give directly to altruistic causes, instead of donating through purchases.

Have you ever been drawn to shop at a store because they say you can bring your old clothes in and they’ll recycle them and maybe give you a discount? Programs like these aren’t new or uncommon, but any expert will tell you this isn’t really tackling some of the biggest problems. Instead, try bringing your gently-used clothes to those in need — not to a thrift store, but to shelters and charities that directly provide clothes for people who need them. This also applies to donations to charities and foundations — instead of a corporation chipping in $1 to a good cause for every candy bar you purchase, skip the candy bar and make a donation yourself.

3. Use your time and resources to educate instead of antagonize.

It’s really hard to look at the state of the world and not feel angry. And sometimes, that anger bubbles over into how we treat others when they don’t understand what we stand for. But empathy for our world includes empathy for one another. Spending all of our energy antagonizing people who don’t make the same decisions that we do undermines the reality we live in, fails to address intersectionality, and doesn’t provide solutions. Instead, make your conversations productive. Ask people: how do you want to help? How do you think you can help? What are actions you think you could easily change? Who knows? Maybe your friends and family can make changes you aren’t able to make yourself.

Ultimately, I don’t want people to feel hopeless. I want them to feel the same energy and motivation that they had when they marched for our climate several weeks ago. But I want their eyes to be open; I want them to be wary of bad actors, of greenwashing, and of powerful people peddling easy answers.