Click here to join The Society at TFD!
Living / Relationships

4 Friendship Lessons From ‘Firefly Lane’ Worth Applying In Real Life

Whether you read the book by Kristin Hannah or watched the recent Netflix show, Firefly Lane is refreshingly centered around female friendship. Released during a month dedicated to love, I appreciate that this show—despite its many romantic storylines—is fiercely devoted to its two leads, Tully (Katherine Heigl) and Kate (Sarah Chalke),  polar-opposite teens turned friends of three decades. Here are some of the most profound friendship lessons I gleaned from Firefly Lane (beware, spoilers!)

1. Sometimes putting yourself first is not selfish, it’s necessary.

One of the moments on the show that stood out to me most was when Tully accepted a job offer in NYC, just after her best friend Kate gave birth to a baby girl. Throughout Kate’s pregnancy, Tully goes above and beyond to remain a relevant part of her best friend’s life. From reading about pregnancy complications, attending every ultrasound, and even pushing through a baby shower as the only single non-parent in the room. Still, when Kate ultimately has her child, Tully feels distanced from the family Kate has created. While Tully will always be an important person to Kate—a rock, really—their lives are on distinctly different paths, for the first time. Tully’s original plan of turning down a job offer in NYC to remain in Seattle and stay close to Kate just isn’t realistic for her, anymore. Not only does Tully owe it to herself to see where this opportunity can propel her, but she can no longer expect to have Kate’s full attention now that she is at a different stage in her life, beginning a family and becoming a mother.

Thus, it is OK to put yourself first in a friendship, or most relationships for that matter. Oftentimes, it’s the right thing to do. It’s not a matter of being selfish but the reality is, you can’t be good to anyone (or for anyone) unless you’re good to yourself first. While it may be difficult, and certainly being separated from your best friend by an ocean isn’t easy, it’s alright to be on different paths and not constantly be stuck at the hip. Friendships, at least good ones, survive the test of time and distance—after all, people always make an effort for you if you’re important to them.

2. Know how to set boundaries, even with those closest to you.

Close friendships seemingly have no boundaries—your house is their house, your food is their food, your family is their family. But as we saw time and time again on Firefly Lane, this can build resentment. Whether it was Kate’s jealousy that her brother was closer to Tully instead of her, or Tully’s realization that she couldn’t be privy to Kate’s familial life and dynamics, these two friends recognized the uncomfortable truth that boundaries are necessary. As young girls, this wasn’t a cognizant thought but as they grew older and their relationship changed over the course of three decades, it became clear that boundaries were essential.

One of the major plots of the show is a pseudo-love triangle between Kate, Tully, and their boss Johnny. Kate falls for Johnny—hard—and denies this to Tully, who Johnny clearly has a crush on. When Tully realizes, after sleeping with Johnny, that Kate still has feelings for him, she immediately shuts down any connection between the two of them, putting Kate and their friendship first. Even in non-romantic situations, these two consistently put one another ahead of the men in their lives, which I love. Kate and Tully know that through thick or thin, they are a constant for one another, even as men come and go. 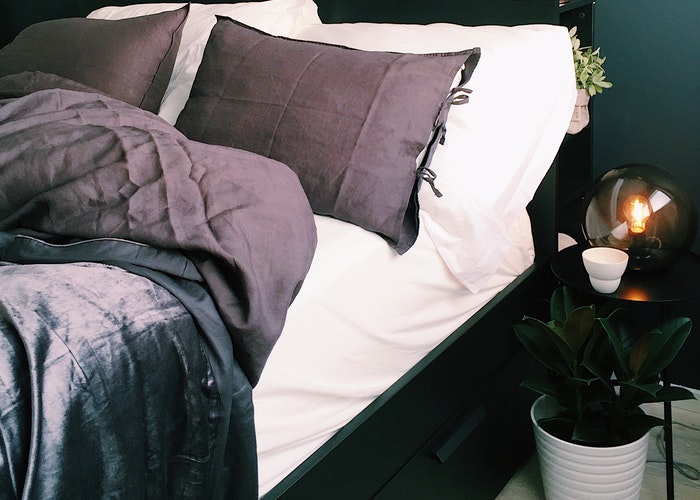 When you’re as close as Kate and Tully are, it seems like a no-brainer that these two are honest and open with one another. But, there are so many little instances where they fail to express their inner thoughts, brushing them aside only to have them emerge later, and worse. When Kate denies her feelings for Johnny, for instance, only to feel second to Tully when she realizes that Johnny slept with her. When Tully never expresses how left out of Kate’s life she feels after Kate has a baby. When Kate never confronts her brother about why he’s closer to Tully instead of her. When Tully agrees to sign off on birth control pills for Kate’s daughter without consulting Kate. Ultimately, honestly is always the best possibility. Even when it seems like it’s OK to just move on past a slight, those feelings fester over time and build-up. While Kate and Tully have certainly had it out and been in arguments, and they always emerge together and stronger afterward, a little honesty could have gone a long way.

Ultimately, while it’s refreshing to see more emphasis on female friendship—and passing the Bechdel test—in media these days, Kate and Tully’s intertwined lives and lack of external friends outside of each other isn’t wholly healthy. Their identities are wrapped up in each other in a way that their romantic partners can’t breach and while it’s sweet to see, and arguably healthier than similar portrayals of romantic love that we’ve seen, there are cracks in this type of friendship, too. The season ends on a cliffhanger, Kate and Tully estranged and refusing to speak to one another, and I’m curious to see how the writers handle their friendship, going forward. While these lessons shine through the plot of the show, it remains to be seen if these characters will apply them, setting boundaries and embracing honesty in the face of their difficulties.