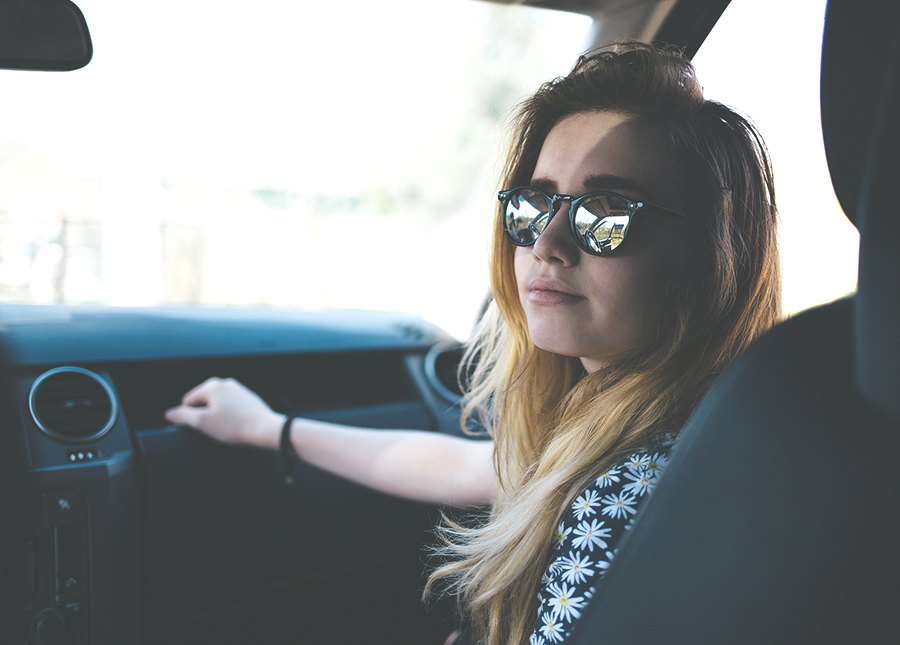 When I got the offer for my first job, a junior copywriting role for $32,000/year, I was thrilled. As someone who had only ever worked for minimum wage, had internalized the truism that English majors are doomed to scrape by for the entirety of their professional lives, and would have accepted almost any offer just because it was a salaried, full-time job, I signed the dotted line without a second thought.

Fast-forward about six months, and I was feeling less satisfied with my salary situation. With more knowledge of the working world and understanding about the realities of adult life, I was realizing that $32,000 was a pretty paltry salary — even for an English major.

Compounding my dissatisfaction was that I’d recently learned that a coworker friend had been given a $10,000 raise for basically being in the right place at the right time. Someone else in her department left the company, and she was promoted by default. But although her title had changed, her workload and responsibilities remained about the same. I felt indignant, because while our roles were different, we were peers, and she hadn’t done anything more than I had to “earn” a raise.

Receiving positive feedback and growing responsibility in my own role, I began to feel increasingly unhappy with my compensation and entitled to more. I went into my first annual review a couple months later with a chip on my shoulder and a cloud of bitterness and entitlement swirling around my head. I was determined to ask for a raise that would put me on par with my coworker and what I felt I deserved.

I was bitterly disappointed. I held it together for the rest of the workday, but had to duck out of a fitness class that evening to go cry in my car when the emotions hit for real. I’m not proud of this, but for a couple months, I let that disappointment poison my attitude at work, enough that a couple coworkers eventually said something to me about it. Yikes. Still swallowing embarrassment about that.

In the months that followed, I used my disappointment to fuel my ambition instead of bitterness. I realized I had made several mistakes in my first pitch for a raise that prevented me from succeeding. So I learned what I could from those mistakes, and channeled it into making a better case for myself the next time around.

A year later, I asked for a raise again — a 28% raise that lifted me above my original salary goal and moved me closer to market value for my skills and responsibilities. And you know what? This time, I got it.

I have never felt like more of a badass then when I walked out of my boss’s office that day with a shiny new salary on its way to HR for approval. It was empowering to have finally earned the raise I’d sought for a year and half. Even better, I knew that my success was all my doing. If I hadn’t taken the risk of asking for the raise, if I hadn’t done quality work that proved my value to the company, I wouldn’t have received any increase at all, much less 28%.

But I also couldn’t have done it without the lessons I’d learned from failing the first time.

These are the four lessons I learned from failing to get a raise that helped me succeed the second time around:

Yes, I was underpaid for my role. Yes, the responsibilities I was being trusted with exceeded the scope of what I was originally hired to do. Yes, I was doing good work and receiving positive feedback. Yes, my friend got a $10,000 raise a few months prior.

But none of that mattered.

The fact remained that I was still in my first year on the job in my first job out of college. It can be hard to swallow your frustration, your sense of injustice, your ambition — whatever it is that’s causing you to feel unsatisfied with your compensation — but holding out for a year and a half to two years when you’re new to a job or early in your career gives you more time to gain confidence in the position, grow your skills, and make accomplishments that you can use to prove your worth when the time comes.

When I put my case forward for the second time a year later, I had taken on larger projects and more responsibility, and enough time had passed for projects I’d worked on to yield results. I was doing work at the caliber of a mid-level copywriter and was taking ownership for some of our largest accounts. My confidence had grown, which led me to take more initiative in bringing ideas to the table. All of these things made my case so much stronger a year later than it had been when I first asked for a raise.

In your first year on the job, you show promise. In your second and third year, you show results. There’s an important difference.

2. Do not compare yourself to others.

There are always going to be people making more money than you. Many of these people will be your superiors, but some of them will be your peers and your friends, even people with the same title and responsibilities as you. That’s because salary is the product of many more factors beyond qualifications, experience, and performance. It’s influenced by circumstances, by negotiation, by promotional structures, by managers…the list goes on.

Arguably my biggest mistake the first time around was letting my knowledge of my friend’s raise get so deeply embedded under my skin and make me feel entitled to an equal raise of my own. Yes, I did some market research to find that the average entry-level salary for copywriters in my city was about $10,000 more than I was making. But my request for a raise was fueled primarily by feelings of frustration, injustice, and bitterness.

In my second attempt for a raise, I stopped comparing myself to other people on my team and focused on what I was worth. How did my responsibilities, skills, and accomplishments compare to the market, and what was the market value for that package? It doesn’t matter what my coworker’s job is worth, no matter how close we are in age and experience. It matters what my job is worth.

Which brings me to lesson #3.

Knowing your worth is one of the most powerful cards you can bring to the table in a negotiation. Because guess what? Your employer knows what you’re worth, too. And they know that if they don’t pay you what you’re worth, they risk having you walk away. When you put your market value on the table, you’re forcing them to make a choice between raising your salary to meet it or spending money to replace you when you leave to find fair payment elsewhere.

When I was negotiating with my boss the second time around, he told me point-blank, “I know if we can’t give you what you’re asking for, you’ll be gone in three to six months. I don’t want that.” I was taken aback by how openly he admitted it, but it just goes to show — if you’re doing great work that exceeds your pay grade, your employer will notice. But they’re not going to offer you more money unless you ask for it. Why would they, if you seem content to do the work for the same price they originally hired you?

At my first annual review, I had done a little market research, but my number was anchored more to what my coworker had been given than what my actual market value was. At my second review, I was all about the research. And I think it made all the difference.

Other articles on this site have discussed how to determine your market value, so I won’t go into great deal here. Basically, you need to decide whether your current title is still a good match for your responsibilities, and then research the market value for the job title you decide actually fits your current job description. My favorite tool is Glassdoor’s Know Your Worth calculator, but PayScale’s Personal Salary Report, Salary.com, and The Creative Group are all good resources, too. The more sources you consult, the more confident you can feel that you’re getting an accurate picture of what your number should be.

That said, knowing your worth isn’t just about a number. In order to pull off a ballsy move like this, you also have to truly be confident in your personal worth. Not just numbers on a page, but your skills and your accomplishments that bring value to the company. It takes a lot of guts to walk into your manager’s office and tell them you’re worth more than you’re being paid. You gotta really believe it to pull it off, and no numbers on a page can stand in for that kind of confidence.

Asking for a raise is scary as hell and takes a lot of courage. The first time around, I used up so much courage in the meeting that I didn’t leave any for the follow-through. After I made my pitch, my boss told me they would talk it over and get back to me. A week later, I was pulled aside and told with minimal explanation that they couldn’t meet my request. I should have taken that moment as an opportunity. Instead, the defeat, disappointment, and adrenaline of the moment paralyzed me.

Getting turned down for a raise that you worked hard to prepare a case for and used about a month’s worth of self-positivity psyching yourself up for is really disappointing. When you’re feeling defeated, it’s tempting to slink off with your tail between your legs to go lick your wounds. I know from experience, because that’s what I did.

Don’t give into temptation. You did something incredibly brave by asking for a raise. Carry that courage through to the follow up. If you can’t get what you want on the first try, use it as an opportunity to start a conversation with your manager about creating a growth plan that will move your toward your salary goal. Ask to revisit your performance every six weeks, with a formal check-in at six months to reevaluate your compensation.

Taking initiative when you want nothing more than to escape the situation and wallow in a pint of Ben & Jerry’s while texting your friends about how much your boss sucks is not easy. But standing up tall and asking to continue the conversation is a power move. It shows your boss that you’re willing to work hard and stay the course, that it’s not just about the money — you stand behind your value. Eventually your persistence and hard work will pay off. I promise.

There are no guarantees when it comes to negotiating salary, and if there’s one thing I’ve learned, it’s that your success depends on timing and circumstance as much as performance. In fact, circumstances at my company have changed so much in the last four months that I know if I asked for the same raise now, I wouldn’t get it.

But that doesn’t mean it’s totally out of your hands. Work hard, raise your hand for opportunities to prove yourself, know your worth, and always make sure you’re asking for a raise for the right reasons — none of which are I deserve it/my coworker got one/it’s not fair. Be confident, be prepared, channel your inner badass, and I strongly believe you will eventually taste the sweet, sweet thrill of a raise. If not, it might be time to jump ship.

Marcia prefers to use a pen name.