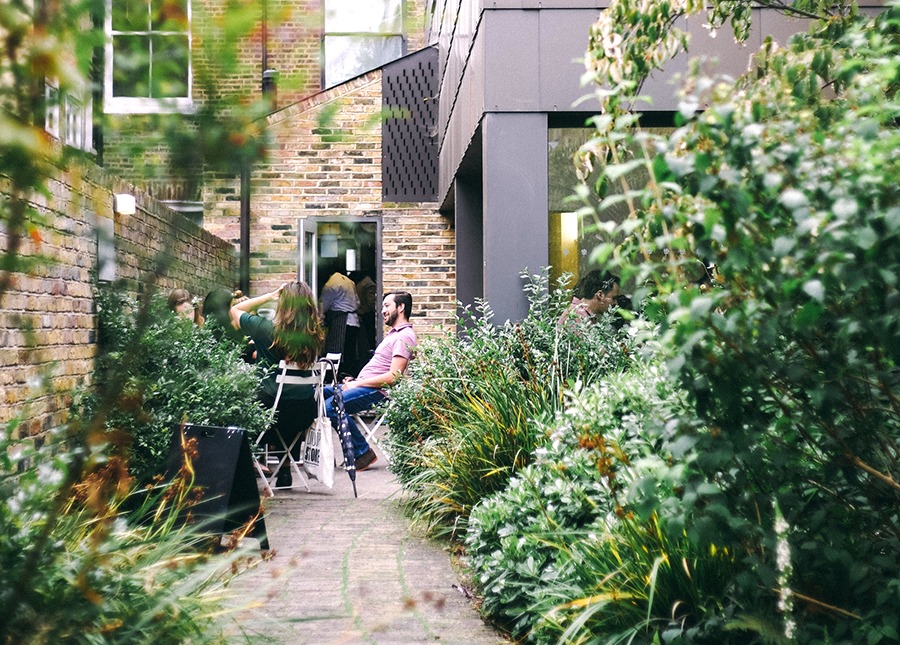 When I was a teenager, my father inherited a house from his Grandmother, and we all moved there together. The road that she had lived on since the house had been built in the 1940s had become the most sought-after streets, not to mention with some of the most valuable land. I spent half of my life in a very normal middle-class town, and the other half rubbing shoulders with some of the most financially successful people in the country.

At first, it really affected my self-esteem and I felt inferior, but I know that one of my roles in life is to be a hybrid, a mediator. I cross over between classes and cultures and it means I cannot typecast the millionaires I live with any more than my friends who eek by on disability benefits. Here are some of the ways in which my proximity has changed the way I look at work and money in a positive way.

1. I am more important than money

I remember reading an article by a young woman who had grown up with immigrant parents. She said that one of the most difficult things she had ever done was borrow money to go to law school. Growing up, her parents were always saving every single penny they could, going without, amassing piles of money — not for their future, but in preparation for the next terrible thing. Their entire lives were focused on preparing for the next catastrophe rather than the next opportunity. Even though becoming a lawyer would mean she would have a better life, borrowing money felt inherently wrong, denying her programming, doing something reckless.

I can honestly say that reading this completely changed the course of my life. I spent my twenties working, doing without, and squirreling rather than taking advantage of opportunities. I did amass a nest egg, and then the emergency I had been anticipating happened and that money went away. I think of all the things I could have done differently with those years of my life, and I honestly have to try very hard not to get pissed off at the waste of it all. Now that I’m in my thirties, I make choices that are based on personal development and networking, money is still on my mind, and I don’t spend recklessly. But I don’t deny myself a good standard of living because I’m afraid life is going to kick me in the teeth and I will have nothing to fall back on.

2. I am less hard on myself when I fail

I used to feel vaguely paranoid about failure and success, that I had to put on a perfect veneer of affluence (again working-class, immigrant paranoia) and never ask for help and never ever fail at anything I attempted. This is going to make me sound completely paranoid, but I had this underlying fear that if I failed, people would enjoy it and find it funny. I could almost hear a vague echo of “think you’re better than us princess” or “remember how bad this feels the next time you get ideas above your station.” I don’t know where these voices came from but they’ve been knocking around in my head since I was in school.

The funny thing is, with businessmen, they do fail and they just go at it again. Everything you try is a gamble, whether you’re setting up a business or pursuing a masters degree. Being able to fail and start again is a luxury. I’ve attempted many things that have failed, and I don’t regret doing them because I’ve learned so much from those mistakes.

3. I am less materialistic

This was the thing that really surprised me. Don’t get me wrong — I have nice clothes, a few pieces of jewelry and high-quality things, but everything I own could probably fit in a large suitcase. The neighbors I know who are the happiest are very family oriented, they live carefully, and quite often utter the phrase “I can’t believe it was so expensive,” which never fails to make me laugh. I have become very contented with what I have and don’t feel the need to show off or project an image of affluence. I’ve lost all of my insecurities about looking poor because I know that’s not what these people with wealth worry about. They are comfortable in their own skin.

4. I don’t feel ashamed of my upbringing or my lifestyle

When I was younger, I used to go to a special supermarket that sold expired products. We used to buy tins of beans there, spices, snacks and things for my packed lunch. I had a game I used to play because I was so worried one of the wealthier girls I went to school with would catch me walking in or out of this shop (it was fine when I was actually in the shop because then I was invisible — 9-year-old logic!). When I was walking into or exiting the expired food shop with my parents, I would hold my breath. If I held my breath no one would see me. I always held my breath and it always worked, as none of the wealthier girls ever knew I shopped there, and they never spread rumors about me at school.

My income has fluctuated massively throughout my life, and I still go to the expired supermarket to buy snacks and spices and chewing gum. It’s now part of my identity because it makes good economic sense to me. Why pay $1 for a packet of chewing gum when you can buy barely-expired gum for 20c? Just chew a little harder! Cheap, expired snacks meant my parents could put themselves through college, could afford to buy me a school uniform. They are not the enemy! Hurrah! Also, I now know that millionaires are some of the biggest eccentric cheapskates. I consider expired snacks to be my secret eccentricity. I also ride a bike instead of driving, I wear second-hand clothes, and I drink a glass of wine before going out so I only buy one cocktail.

Once I was at a party and an acquaintance made a comment about seeing me walking down the street instead of driving and asked me why I didn’t drive a car. One of the most successful jewelry designers overheard the conversation and chimed in, “Darling, she doesn’t need to drive, she is the sports car.”