4 Things I Learned From Quitting My Job With No Plan 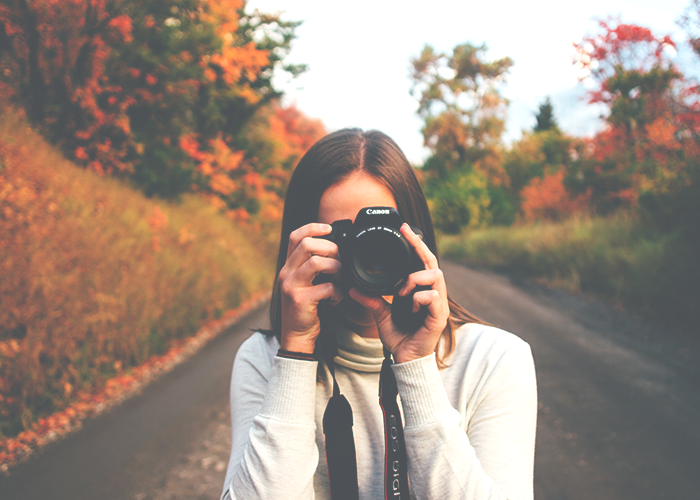 If you’re anything like me (i.e. a young millennial girl living in any sort of city), you’ve probably read the story about the woman who quit her $95,000 a year job to scoop ice cream on an island (yes, that one). I actually had to read the story twice, because I couldn’t believe it the first time around. I had so many opinions; I was in awe of someone who could make such a drastic and unpredictable change, but also couldn’t quite wrap my head around how someone with her background and then-status in life could feel “lonely” and “complacent.”

It wasn’t until I hit my second job out of college that I got it. I had been in my job for two years, overseeing digital communications and content for a brand I deeply admired. I made a great salary that afforded me a life with my partner that I had always dreamed of. I was debt-free, paid all my bills on time, and even had money to save for retirement at the end of every month. But as my two-year anniversary came and went, I began to feel complacent. I felt lonely in my job. And I felt like I was no longer doing what I wanted to do. I didn’t enjoy my work, and every day, I felt exhausted. And somehow, over time, that feeling creeped outside of the workplace and into my personal life. When people asked, “How are you?” I was never “great” or to be honest, even “good.” I was only focused on the bad and how to expel it.

Then it happened. One morning I woke up, wrote my resignation letter, and submitted it. I don’t know what possessed me to do it that day, but I did it. My boss was supportive, understood my reasoning, and championed me for making the change. In fact, almost everyone I came across congratulated me for taking the plunge. The thing I wasn’t prepared for was the question “So, what’s next?” I had no idea. I went from being proud to feeling ashamed of not having a plan within seconds. I felt small every time someone asked me and I had to explain, “Well, I’m just going to take some time off to figure it out.”  Over time, I got better at massaging the answer, and after some internal reflection, I knew what I wanted to do. I started being able to answer confidently with what I was sure my next steps would be.

While I am still unemployed and very much uncertain of what my future holds, I learned a lot in this time that I probably wouldn’t have learned if I didn’t take the plunge.

1. Don’t be afraid to give up something good for something that may be great.

The week after I quit my job, I had the fortune of hearing Venus Williams speak at Inc.’s Annual Women’s Summit. She said something powerful I will always remember: “Fear is the devil.” I realized she was so right; the reason I hadn’t quit my job sooner was out of fear of uncertainty. Uncertainty of what my next job would be, how I would pay my bills, what people would think of me. That fear at times was so powerful it made me forget why I quit my job in the first place — I was on a quest for something greater, something that would make me happier.

2. Money isn’t everything, but savings give you options.

I’m lucky to have a supportive mother who became the little voice in my head that reminded me often that “money isn’t everything.” When I worried about my “next job,” she often told me, “You may not make the same amount of money, but you will be much happier, and you can’t put a price on that.” Similarly, savings are for times like these. I had an emergency fund for a reason! When I looked at my total assets, I realized, “I can make this work. I will make this work.”

You quickly learn the difference between a need and a want. Those $30 weekly organic manicures? Definitely a want. And, trust me, this experience has also made me realize that a lot of the “needs” I previously had were perpetuated by the lifestyle I’d built for myself.

3. Your job doesn’t define you.

Since the beginning of my career, I became obsessed with working for known brands. It’s annoying but when you work in a city like New York or L.A., the first question someone will ask you upon meeting you is, “What do you do?” It felt pretty great to be able to say, “I do X for X-Cool Company You’ve Definitely Heard Of.” You know what else feels great? Being passionate about what you do and spinning your answer to focus on that. People respond to positivity, and when you’re stoked about what you’re doing, it doesn’t really matter who you do it for. Nine times out of ten, they’ll be stoked for you, too. Remember: you’re living this life for you, and no one else.

4. There will be a lot of emotions. But they won’t last forever.

You’re going to feel confident that you know what you’re doing, nervous to take the leap, empowered once you finally do, then terrified and possibly regretful that you made that leap. Then you’ll feel reassured you did the right thing, and question if it was the “right thing” to do. And the cycle will begin again.

Just breathe. All the emotions are fleeting, and they won’t last forever. I promise.

Nicole is a digital consultant. She enjoys all things health and wellness and spends too much time on Instagram.