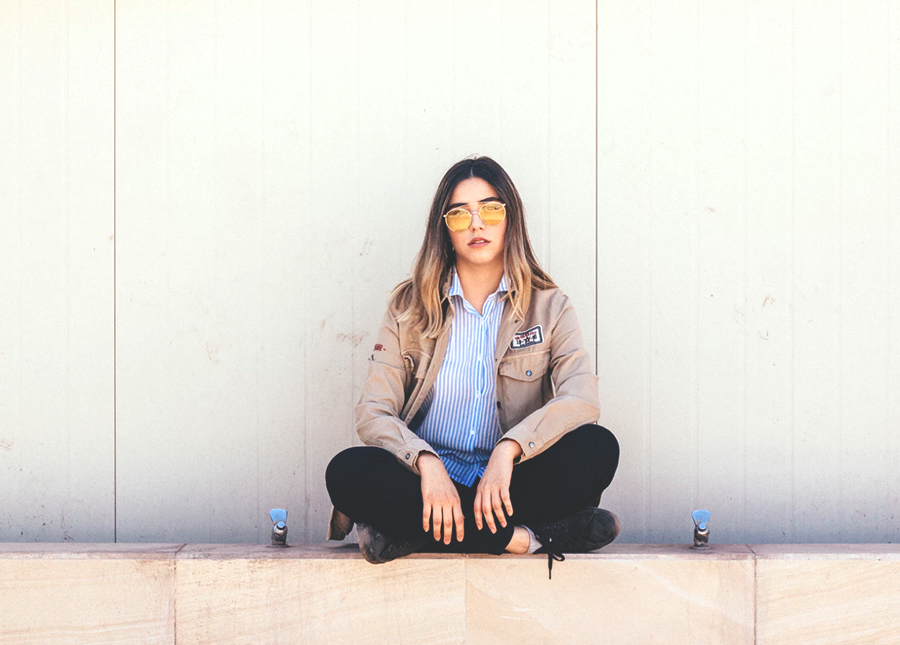 Anyone who has spent any time alive knows that there are certain elements of the human experience that remain well outside our margins of control. Chief among them are the people we find ourselves attracted to. We may be slow on the uptake, or try to resist our most primal urges, but regardless of the best intentions and largest offenses, many of us are still attracted to the wrong men. Sometimes that attraction spirals into a full-fledged relationship, and sometimes full-fledged relationships end in a bouquet of flames and immense remorse for wasted time.

Although I’ve since found myself in the first non-toxic relationship of my life, I wasn’t always the shut-in I’ve grown up to be. Or rather, I was the very same shut-in, but others weren’t necessarily so shut-out. Before my current relationship, I was the queen of consistency. While still fully subscribing to hookup culture when I found a dude I liked sleeping with, we slept together for years even if we were both actively sleeping with other people. Much of the time I spent sleeping with the men of yesteryear consisted of being left on read, pushing scheduled hookups two hours later than I wanted to stay awake, sharing more than I was able to afford, and justifying disappointment as a fact of casual relationships.

During this same time, I also found myself in a six-year-long, non-monogamous, long-distance relationship with someone I considered a close friend, who didn’t harbor (or demonstrate) any ounce of reciprocation. We’d hook up when he was in town, and spend the rest of our days texting back and forth ad nauseum, but more often than not, we found ourselves in ideological battles that lasted for days. As gifted an arguer as I am, I’ve always considered my proximity to hard-headed men and my love of discourse to be my brand of activism. If I could convince one man to think about one thing differently than he had previously before he fucked me, I’d be satisfied.

But as all things in life tend to go, I’ve evolved beyond my proclivity for sleeping with and arguing with men who are out of their depth. I’ve also spent significant time as a sex worker getting paid for my energy and access to my body, and as a result, I’ve had a lot of time to think about the times I have given my body away for free, and I’ve grown to resent those men who took access without any semblance of reciprocity. But not everyone follows the same thought patterns as me, and not everyone considers sex work viable work. So I took my friends to task over the work they’ve expended for the sake of undeserving men, and asked them to set their own retroactive monetary rates for the time they won’t get back. Sex work is real work, but so is all the labor men ask of all the women and non-men in their lives. If the wage gap sustains itself, the least men could do is practice conscious wealth distribution by paying for the labor they siphon from women too good for them. Below are the responses of some very good women recounting their time with “meh” men.

“We were 21 when we got together, I had met him in psych class discussion, he showed interest and I thought he was cute, we started hanging a lot, and the whole affair was about three or four months long sometime last year.

When asked what she would do with the money asked of the man who did her so much wrong, Jane thought she would take herself on a Gucci shopping spree, and put the rest in savings for a rainy day.

“I was with him for about three years during college. We were monogamous, but he was so controlling, and I had to break up with him multiple times before he finally understood it was over. I’m not sure what I’d do differently. In hindsight, I think I may not have dated him at all.

The numbers are pretty random, as I’ve never thought of my time in terms of money, but I guess the more I charged, the more important it was to me.”

Marie felt that the relationship was buried so deep in her past that it would be difficult for her to access all the times her ex-boyfriend had wrong her, but these were the instances she could remember and feels she should be owed for.

“This man was the first and only person I have loved (the feeling has since faded drastically…I don’t feel now how I once did about him), and I considered him my best friend. As far as the nature of the relationship, we weren’t ‘officially’ dating, but I would say we were more than just friends. The only issue was that he was involved with other people in different ways and was shady about it. At the time, he was the only person I was giving any attention to, and I kind of just waited around for him while he was doing his thing and being vague about it. I knew he was shady, though, and stuck around way longer than I should have, hoping things would be different.

If I could go back, I would have just quit the ‘relationship’ way sooner, probably from the start (he was already dating someone when he first told me he liked me in a more-than-friends way), because it was a tremendous waste of my time, and now I have trouble with getting involved with anybody for fear that the same things will happen to me over again. I would have stood up for myself more and voiced my opinions more frequently…I kind of kept my thoughts to myself during this time in the hopes of being the ‘cool girl’ that just goes with it. I am mostly this way in reality, but I let some things slide more than I should have. When things would upset me, rather than show him that I was upset, I would just let the feelings bottle up. I liked him enough that I thought losing him would be the worst thing to happen, so I tried to mold into the person that I thought he would commit to.

This ‘relationship’ happened and ended many years ago, so it is difficult for me to think in specifics when it comes to breaking down each individual thing I would charge him for. The relationship in some ways molded who I became, and in some ways, it angers me, and in others, I am happy with it. Currently, I am $47,569.36 in debt from school loans and for the treatment of me, the intense anger and sadness I still sometimes feel, and just wasted time I would charge him $23,784.68 (50% of my loans) for all of it. I spent the first two years of my college experience texting with him daily…checking in to see how his life, his family, his classes, his friends, and just about everything else were. I spent my nights out with my new friends still sending him texts, because I wanted him to still care about me while he was doing whatever he was doing on the side. I was naive and spent all of my time trying to impress a boy who was doing the same things with me as he was with other girls, one in particular (but I am sure there were others). He changed my viewpoint on men going forward, and that relationship has made it difficult for me to get close to anyone in a romantic sense. Part of that is just me letting it go, but the other part is the anger and hurt I still feel all these years later. Him paying for half of my tuition is fair for what I went through with him, because it would give me the ability to get my loans paid off faster and in turn move away from home and start over.”

“We met online and continued to have an online relationship for four years of my life I’ll never get back.

I would charge him $3,000 for when he lied about coming to visit me multiple times. He would make it seem that things were falling into place. Money would be the biggest example of that, like he would finally be able to afford the visit. Also, time opening up at his job would have made it easier for him to visit and stay longer. He got my expectations very high. When he let me down, it was an immediate feeling of sadness and deception.

I would again charge $3,000 for the times he spent with other women. He was open to me about it. Which at the time I appreciated, but now I see how incredibly wrong of him it was, as I define myself as strictly monogamous. It always hit me as, Am I not good enough to wait for? What is so appealing of these other women that I don’t make the mark? Large amounts of self-loathing and doubt came out of it. But I accepted his behavior and stupidly moved on.

Perhaps I’m just a bigger man-hater than all of my friends combined, but I sit firmly in the camp that every one of them charged far too little. But that’s none of my business. The whole point of doing any kind of writing or discussion of this nature is not to actually charge this amount of money, because as a woman, as a freelancer, and as a sex worker, I know that men seldom pay what is asked of them without attempts to negotiate. The point is rather to think about how much one might charge for access to their time and body, and I hope we’re one step closer to understanding the necessity (and practicality) of women who do charge men for this access. I hope we use this cutesy thought experiment to extend the reaches of our empathy to the populations most vulnerable to attack, and that we stand up for ourselves by centering marginalized in all our fights.