5 Behaviors I Thought Meant I Loved My Job, But Were Actually Unhealthy

If I wasn’t stressed out when I left work at the end of the day, I must have been doing it wrong…

Many of us have had this experience – looking back on an intense, passionate relationship and realizing years later that it was really just pure toxicity.

That happened to me recently. Only it wasn’t a relationship. It was my last job.

If you ask anyone who spoke to me in the last six years, they’d tell you I loved my job. I was an editor for a trade magazine covering the advertising industry. I started out as a staff writer with one of our small sub-publications, then became a news editor and eventually an editor-in-chief – all promotions I earned because I was dedicated and passionate. I couldn’t walk down the block without getting an idea for a story. I’d talk everyone’s ear off about work. My colleagues were all my best friends.

Now that I’ve been with another job for two months – still a business journalist, but covering a different industry – I realize a lot of the habits I developed at this job were nothing to be proud of. I’d gotten ahead by sacrificing my time, mental health and most of my identity.

Here are some of the behaviors I should have known were not normal:

I thought about work 24/7, and even dreamed about it.

So I did follow my passion (I’ve wanted to be a reporter since grade school), but it sort of had the opposite effect. Instead of work feeling like a natural, easy thing, what it did was permeate every other aspect of my life. If I was going for a run, I was thinking of work. If I was sitting on the couch after supper, I was thinking about work. It was literally the first thing I thought about when I woke up and the last thing I thought about when I went to sleep. And even then, I’d often dream about work. Sometimes it would just be silly, meaningless dreams at the office, but often I would dream that I was late on assignments (a big fear of mine) or that I sent my daily newsletter too late (my number-one source of stress).

If I had a particularly deadline-heavy week, I’d often wake up – usually around two or three a.m. – every morning that week, check my work email and then start doing some late-night planning in bed to get ahead of potential deadline disasters. The more I thought about work, the better my brain got at fashioning chaotic scenarios out of those little “what if” thoughts.

I couldn’t stop talking about it.

Okay, I’ll admit I’m a talker, and it sometimes feels like there’s no limit to the things I “can’t stop talking about.” The thing is, I’m normally good at recognizing my audience – I won’t, for example, go on and on about my obsession with ballet to my dad, or talk endlessly about veganism to my pork pie-loving in-laws. But with work, I was convinced everyone needed to know everything I was up to. Not just what projects I was working on, but also what the dynamic was like at my office, who I was hanging out with, who I had conflicts with, what big issues I was writing about. To be honest, “talk about how work is going” always seemed like sound, neutral socializing advice. But then again, most of my friends aren’t so deep into their work that every little matter is on their mind all the time.

I wore my stress like a badge of honor.

It’s a problem a lot of millennials have; we think everyone cares about how “busy” we are. I’d worked in tech start-ups before, so I was used to hustle culture. If I wasn’t stressed out when I left the office at the end of the day, I must have been doing it wrong. When people at work would praise me and say things like “I don’t know how you do it,” I’d “joke” in response, “Oh, you know, crying at my desk and working through lunch.” I even felt weirdly competitive with other journalists at my company – I remember looking at people with different supervisors who got to leave earlier than me and never seemed as stressed, and thinking, “they’ll never get good at their jobs this way.”

It reached a point beyond parody two years ago; when my Grandpa died, even though I’d properly booked time off to go to his funeral, I was inundated the entire way there with emails that required my action – despite there being plenty of people around the office who could have filled in. Requests continued throughout the wake until I finally had to take a few hours that evening while the rest of my cousins were gathering and get some work done. When I joined my cousins again, I thought they’d be proud of me for how hard I was working, but most of them, including two who were physicians, had actually managed to properly break away from work for a few days. 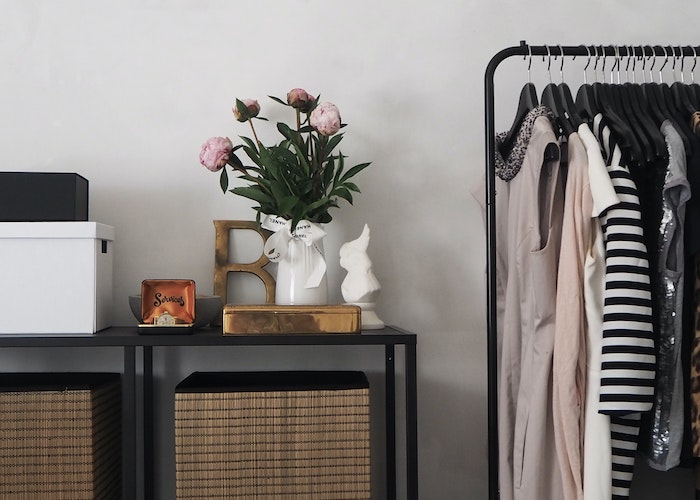 I never let myself get too comfortable.

I achieved a lot in my time at the magazine. I spearheaded some big projects and got us to new milestones. But I could only ever let myself be happy about those things for a day at most. I had been told my whole life to never work as though my job were guaranteed, that I should always be ready to be replaced. That’s also part of why I thought it was okay to think about work 24/7.

Then, about 10 months ago, I was working on a piece for TFD in which I learned that the feeling that work was never finished had a name – the Ziegarnik effect. It’s a psychological phenomenon that causes our brains to focus disproportionately on “open” or “incomplete” tasks. But in my conversation with research scientist Jennifer Diel, we broached the topic of what can happen when the effect is combined with anxiety over losing one’s job.

Besides working in a field where mass layoffs are common (and as part of my job, I was writing about those layoffs constantly), I’d also watch my dad lose his job with no warning when I was 17. That conversation helped me realize just how traumatic that event had been for me, and how it was compounded by the conditions of my industry. I was thinking about work constantly because I was constantly terrified of doing a bad job and eventually losing mine.

I used it to replace therapy and friends.

I’ve had depression and anxiety most of my life, and therapy has always been very helpful – even if my work plans didn’t cover that much therapy. Besides dealing with mood disorders, I needed help with stress management for work, and around the time my Grandpa died, I’d also lost a friend very suddenly. It didn’t take a rocket scientist to know I needed to go to therapy, but we were short-staffed, and we were in a situation where I literally couldn’t even get sick because content production couldn’t take a day off. Even being able to get a therapy appointment that didn’t interfere with work took months, and half the time I was so drained after work I couldn’t fathom leaving my couch.

When I addressed my burnout with my manager, she was sympathetic, but couldn’t make any promises about covering my absence or lightening my load. So I put on a happy face and said, “It’s okay, I love work, work can be my therapy!” I got adept at channeling my anxieties into working even faster and more furiously than before. During times of excess overtime, I’d go weeks or even months without seeing my friends, and eventually – even during COVID when we began working remotely – I started to say things like, “It’s okay, my colleagues are my friends.” I literally didn’t know how to spend time with anyone else. I convinced myself that I didn’t need anything outside of my job.

It was still hard to leave my job, and not just because I didn’t have much of an identity beyond it. It was an interesting job with good people, and I was damn good at it. For every bad thing I learned about myself, I learned something good. Yes, I learned that I let fear control me too much, but I also learned that I am a great reporter. Yes, I learned that I have a martyr complex about work, but I also learned that I am a determined, resilient person. But the most interesting thing about leaving was how surprised everyone was that I left. I thought everyone could see my burnout and how miserable I was. Maybe they could and they simply thought I’d never have the strength to leave. Or maybe they, too, thought that these habits of mine were good things.