Click here to get your tickets!
Health & Fitness / Work/Life Balance 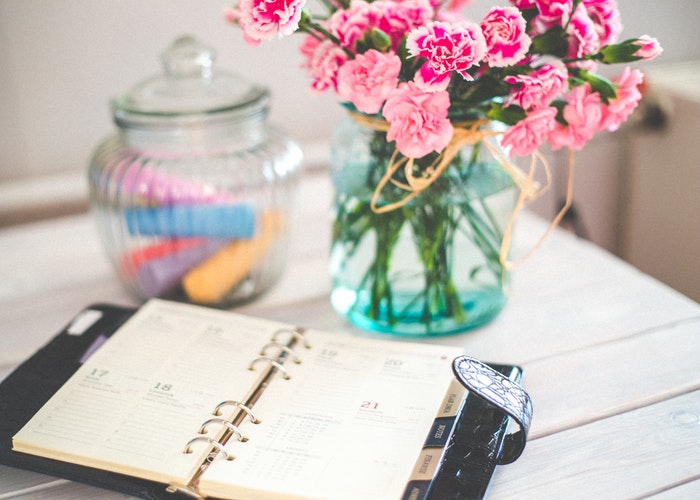 It’s an all-too-common scenario for me: I burst up from my bed in a cold sweat sometime between one and five in the morning. My eyes are wide and my brain is going faster than I can keep up with. There’s a nagging voice in my head that won’t calm down. It’s always the same: I have forgotten to finish something at work. And try as I might — to make a plan to get it done, to tell myself I still have plenty of time, to just calm myself down — my brain is still pulsating with the reminder. It takes me half an hour to settle back down, for my brain to stop yelling “incomplete!”

There’s a simple yet fascinating explanation for this experience, and it’s surprisingly common in professionals.

The Zeigarnik effect is a psychological phenomenon which asserts that our brains tend to hold onto tasks that it considers “incomplete.” Jennifer Deal, a senior research scientist for the Center for Effective Organizations at the University of Southern California, says the way the brain perceives tasks can be thought of like opening and closing windows — and it notices when the window is still open. “It sort of stays spinning in your brain,” she says, like a nagging sensation.

The Zeigarnik effect does have its advantages. Some researchers have found that students who take breaks when studying will hold onto concepts more because they are breaking up the process. But it’s also, by its very nature, an annoying thing. The Zeigarnik effect causes us to feel tension around an incomplete task, which can add to any anxiety we already might be feeling around work, housework, or other tasks in our life.

How The Ziegarnik Effect Works

The Zeigarnik effect, says Deal, is more omnipresent in managers, executives, and people in professional fields. The reason, she says, is simply because that type of work can be much more long-term and nebulous. “If you serve in a more intellectual capital type of role, the work you are doing is the type that never ends,” she says. “You don’t finish filling a box at the end of the day and go home. There are projects that last across days or weeks or months, so there’s a notion that you can always get more done.”

So, the good news is, that might not apply to someone who works on an assembly line, but for someone whose work is more based in projects or idea generation, it can be pervasive. Fields such as marketing, software development, sales, journalism, academia, and project management tend to often have multiple goals on various timelines. And in our current economy, job consolidation and downsizing can often mean that those multi-project-type roles are shouldering even more long-term tasks — meaning some people leave work at the end of the day with a lot of unchecked boxes.

The effect is also compounded by physical reminders or your proximity to the task. As Deal explains, “If you miss your scheduled piano practice, but you’re taking a walk in the middle of the forest, it’s not going to bug you because there isn’t anything you can do to act on it.” But if you’re at home and in full view of your piano, you might feel the effect in action.

Most of us have a physical reminder of our job or homework with us at all times: our phones. “If you get an email from your boss at eight at night, and you might not have to respond to it, but you have your phone with you, so you’ll decide to look it up and do it anyway.” A red notification icon can give the sense of an “incomplete task,” and the heightened accessibility of having your phone close by can drive you to complete that project, whether or not it’s the right choice.

How It Contributes To Work Anxiety

The Zeigarnik Effect is not inherently connected to fears or anxieties some people have about their job security, but when combined, they can be an intensely stressful combination, says Deal.

“We live in a competitive world with competitive workplaces, and we all understand that all opportunities are not equally distributed,” she says. When you’re eager to get tasks off your desk as well as show everyone what a good job you’re doing, that does no one any favors. “Part of answering that email in the evening might be in order to make the task feel more complete,” Deal adds. “Part of it might also be performative, and that contributes to a really bad cycle.”

Additionally, sometimes when people attempt to get tasks off their desks at all costs, what it merely does is pass the Zeigarnic effect onto others.

“If something’s off my desk, I don’t have to think about it anymore,” says Deal. “The problem is, by putting it on your mind, that’s merely shifting the effect.”

How To Keep The Ziegarnik Effect From Taking Over

Pushing the effect onto others isn’t a kind thing to do. Leaning into it fully and turning yourself into a task completion machine might not be realistic or sustainable. And, Deal says, different personalities might be better at dealing with the compulsion.

“There are people out there who love the accomplishment of inbox-zero [having no emails in their inbox]. There are others who have to find ways to allow themselves not to respond.”

If you’re the type who sometimes ends up passing your worries along to others, there are mitigation tactics that can allow you to give in to the compulsion to complete a task without making it someone else’s problem. “Most mail providers have a ‘schedule send’ button. I’d encourage people to use that so that if you really have to send that eight o’clock email, have it send at an appropriate hour.” That can help establish more normal boundaries, she says, not just for you but also for everyone on your team.

There are also exercises you can build into your daily routine to give tasks a sense of being at least semi-resolved, even if they aren’t. Deal suggests ending every day with making a list of the things you’re going to do the next day. “It’s a sense of closing out your tasks on that day.” You can also do the opposite, she suggests: “Make a list of everything you did that day, in order to feel a sense of closure and completeness.”

As for quelling the physical reminders, she says, there’s no real trick to doing that – literally increasing the distance between you and your phone might be the best way to keep the tasks far from your mind. “You can leave your phone at home and go somewhere else, you can give your phone to a friend, you can even put your phone in a lockbox.”

There’s no actual way to “defeat” the Zeigarnik effect. Your brain will always fixate more on incomplete tasks. But you can take steps in order to not have that fixation be so pervasive that it rules your life. It simply requires being proactive and disciplined in order to replace potentially unhealthy behavior with healthier habits.