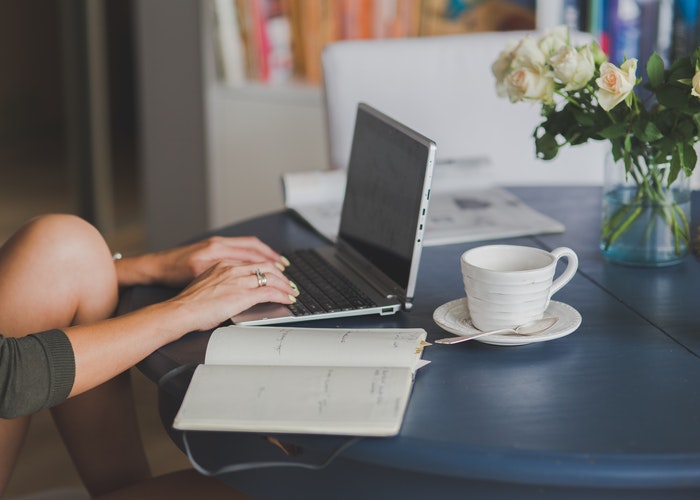 When I accepted a position at my local news station after graduating from college, I really had no idea what I was getting myself into. I just knew I was ready to do something different after working a part-time job at Firehouse Subs for two years prior.

I interned at the station during my last semester of college. After following around the other news producers, I thought I would have no problem learning how to be one myself. Little did I know that shadowing someone and interning are very different from actually doing the work yourself. There is a lot more responsibility and pressure attached to the position.

It’s not possible to be trained on every single aspect of a job, which means you’ll probably make some mistakes along the way, especially in your first job. Hopefully, after you mess up, you learn not to do it again and find a better method. Here are five mistakes I made in my first job out of college.

Okay, so I can’t say I never read my emails. But I definitely did not comb through them as thoroughly as I should have. I get a lot of emails at my job because I’m attached to so many email lists. Within my first few days, I already had hundreds of emails in my inbox. I would read the ones on the top when I got into work and before I left. But I would let the others pile up until there were thousands of unread emails in my inbox.

Months into the job, I realized this was a terrible system. I was missing so many important emails from management and coworkers and media releases from cities and police departments.

I’ve accepted that it’s not possible to read all of them. Instead, I pick the emails to prioritize by sender and subject line. I ask myself: Is this from someone I work with? Is this something I can use during my workday? If the answer is yes, then I open the email.

2. I was afraid to admit I didn’t know how to do something.

I have this terrible habit of feeling like I’m a burden when I ask questions. Like wanting to know something or needing help is somehow an inconvenience to my coworkers. So I only really asked for help when I got stuck.I avoided asking for help the most when I had to do certain things by myself for the first time.

During my first few months into the job, I did not completely grasp how to use the equipment in the control room for speaking to anchors and reporters during newscasts. I was so used to someone sitting next to me telling me which buttons to press. When I was first left in the control room to run the show by myself, I didn’t know how to turn the volume up or down so that I could hear people talking back to me.

I look back on this and am still slightly embarrassed. While I was in training, it never dawned on me to ask the producers how they worked the volume. I’m pretty sure there were times where anchors were trying to talk to me and I couldn’t hear them.

Eventually, I asked another producer to show me how to do it. It was such an easy fix — I only had to turn over these little knobs. I was hesitant to ask someone to show me how to do this because I felt I had a limit on the number of questions I was allowed to ask after being on the job a few months. I realize now this is ridiculous. You can still ask questions no matter how long you’ve been working at a job.

3. I was often unprepared.

This is actually out of character for me. I normally like to think of myself as a very prepared person. At least I was in school. I always studied for tests and quizzes and brought a notebook and pencil for class, even if I knew we weren’t doing anything.

At my job, though, being prepared worked a little bit differently. As a producer, I have to keep up with current events, because I am the person who decides what stories go into the newscast. This was not my strong suit when I started. It’s still embarrassing to think I would walk into work and not have any idea what the heck was going on in the world until I started my workday.

Work-life balance is important and I’m not suggesting you should spend your free time working. But some positions do require you to do a few tasks outside of your scheduled work hours in order to be prepared when you start the day. I started setting aside time to read the news and check emails while eating breakfast before I left for work. I also checked the news for around twenty to thirty minutes during my time after work as well.

4. I did not communicate well.

Communication is an extremely important part of my job (and pretty much everyone else’s job, too). I thought I learned how to communicate in my previous part-time jobs in college because I worked at restaurants and my campus newspaper. But I found I still had not mastered this skill.

My role is an important part of the news team because I’m in charge of running a show. I think my biggest failure with communication is not thinking how my role affects other people’s jobs and just assuming people know things. If I make any change to the show, I need to tell the people it affects. There were countless times when I dropped a story and didn’t tell everyone I needed to about it, which led to a lot of confusion behind the scenes and things to go wrong on-air.

I’ve learned I shouldn’t be afraid to over-communicate. I should always double-check to make sure the right people know the information when they need to know it.

5. I was not confident in my ability to do my job.

Starting out, I didn’t like writing scripts and not having another producer look at them to tell me they were okay. I didn’t like having to sit in the control room alone during a show without another producer who could tell me if I’m doing everything right or not. I always felt like I needed someone to reassure me that I was doing what I needed to be doing correctly. If I didn’t get that, then I would second-guess myself like crazy.

The thing is, I may not know everything there is to know about my job. But I know I have good instincts. I encounter the most problems when I ignore them. I let imposter syndrome stunt my growth. There were times I felt I should drop a story so I can hit my break on time or I warn the anchor about something. And when I didn’t listen to those instincts, something would inevitably get messed up. Now I work hard to trust t my instincts and be more confident in the work I’m doing.

My first year after college, I’ve probably made a million mistakes and there are times I can be hard on myself about them. But I try to remember: Learning from those mistakes will make you a better employee than when you started.