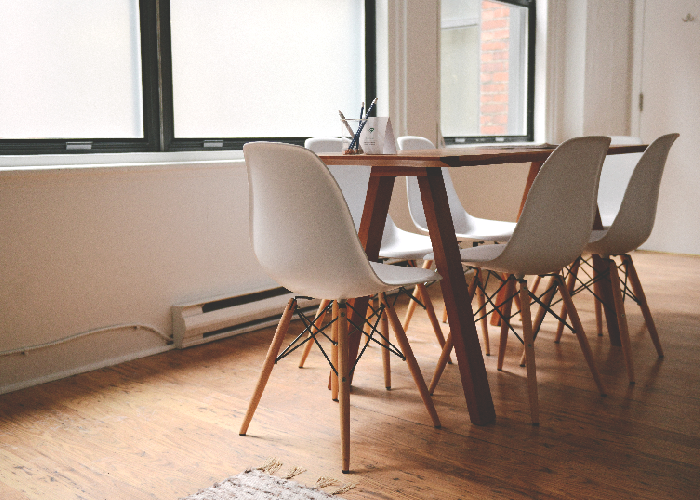 Last week, I wrote about how I accepted a new job that turned out to be not exactly awesome. I stand by every word. Usually, it can take 1-3 months to fully integrate and feel comfortable in a new job and I intended to wait it out. However, when you realize you’ve been lied to and your job becomes dangerous, it’s time to get out, no matter how long you’ve waited.

One day while at work, a massive ten-foot set wall almost fell on top of someone. He had let go of part of the wall and crossed in the middle and (obviously) the one other person on the other side couldn’t hold up hundreds of pounds of weight. A few other people caught the wall before it could crush him, and he crawled out unhurt. It was a completely avoidable accident. He could have been seriously injured, if not killed. I looked around, saw dozens of these huge walls standing on nothing but two-foot A-frames. There were palette lifts and forklifts and heavy machinery that I didn’t know how to use. And, most frighteningly, none of us had received any safety training. It was just a matter of time before someone got hurt or killed, and I wasn’t going to risk it for a job I didn’t even like.

I went up to my boss and said I was done. I explained to him my reasoning, and (thankfully) he understood. I certainly learned some valuable lessons after only a week on the job. I plan on taking these to heart, and hopefully (finally) find and work towards the career that I really want.

1. ALWAYS Leave on good terms with your old employer

Immediately when I realized I had been lied to, I emailed my old boss and told him exactly what was going on, and asked for my job back. He said he could take me back on as a temp working three days a week, which was one day more than when I was working part-time. I would also be answering emails instead of working on the phones, which was one of the primary reasons, second to my commute, that I wanted to leave in the first place. They understood and accommodated.

I had a great relationship with my managers and when I was leaving on my last day I secured my references. They said if I needed anything to call anytime. Well, I certainly took them up on that. If I was a jerk about leaving, or a jerk at all, I doubt they would have given me my job back. It’s so important to leave a job on a high note of thankfulness and gratitude, even if you didn’t like the job very much, because you never know what might happen. And now, I don’t have to taint my resume with any gaps in employment. Professionally, it’s like I never left.

Recruiters are different than most HR employees because they often act like they’re in a sales department. Since the hiring manager often does not know how to properly interview a candidate, they rely on recruiters to screen future employees so they can get them into work ASAP. So, in my case at least, the recruiter took a “just okay” job listing I had applied to as a foot in the door job and over the phone turned it into a potential dream job. He made it seem that I was going to be part of the creative team where I could learn from the best and eventually work my way up in the company. I took him for his word and ignored my gut feeling when I went to the facility to meet the hiring manager.

Most interviews I’ve been on have been with people who do not know how to conduct interviews. After my interview with HR, I went on-site to meet with the hiring manager. He gave me a tour of the facility and asked me if I had any questions. I said no. Big mistake.

If I had verified everything the recruiter said to me with my future manager, I probably would have saved myself a lot of trouble by politely declining the offer. But I was impatient, and everything the recruiter said had sounded just so delightful. If I asked the right questions, I would have realized that this job was not part of the creator team like the recruiter said, it was part of a warehouse team, something that I knew I had no interest in. I was misled about it being salaried instead of hourly, so if they wanted me to stay after hours, I suddenly didn’t have a choice and wouldn’t be paid extra. Everything I was told was verbal, so I couldn’t claim breach of contract. It was bad, and I needed to GTFO.

4. Foot-in-the-door jobs can be more like foot in molasses jobs

I knew I was leaving, it was just a matter of waiting for the confirmation from my old employer that I had my job back. I took that time to subtly ask other employees what the fuck was going on here. I confirmed with the other two PAs that what they were told by the hiring manager was the same crap that I was told. While driving another employee, I asked him how he liked this job and he said, openly, that he hated it. I told him that with his education he could probably get a job easily at corporate. He told me that people in his position have been applying for corporate jobs for YEARS without success.

While folding boxes (because there was nothing else to do) I was talking to another employee who also was misled and, unknown to me, had actually given his notice a few days before me. He said the company hires people right out of college so they can keep pay low and employee retention is low.

I felt validated (and not crazy). This job wasn’t a foot in the door like I thought. It was just a dead end, a damaging career move. I knew I was making the right decision by leaving early.

5. Sometimes, a bad situation can make you realize what you really want

My dream job is to write, in some capacity, on and for the internet. It took this huge and humbling mistake to realize that I wasn’t helping myself with my career choices. So now, I’m going to take a HTML/CSS coding

class, become serious about my dream cooking blog, and get my ass into gear both professionally and personally. I realized I was leaning on people, like my parents and especially my wonderful boyfriend, too much and it’s time to take responsibility for myself and my career.

I made a mistake. A huge one. But it put into perspective the key skills I was lacking and what I needed to admit to myself that I needed to do. So for the first time in a long time I have a plan, I just need to accept that it’s going to take time to get there.