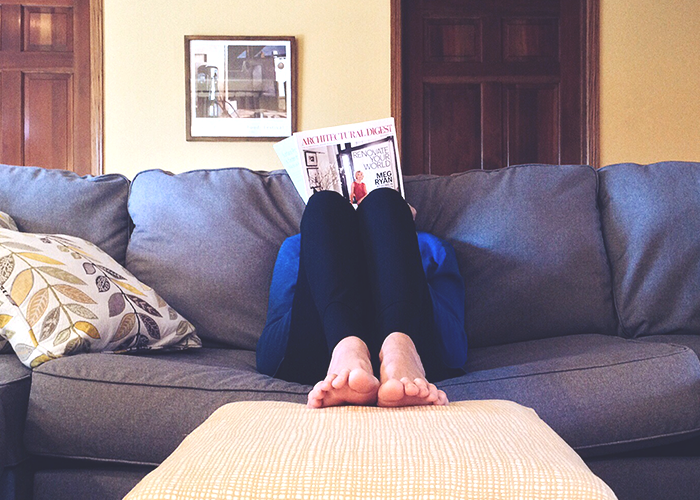 By far, the most controversial topic that I discuss on my blog is my decision to live with my parents while my hubby and I pay off six figures of student loan debt in just three years. The feedback I receive from readers is mostly positive and encouraging, but every post about boomerang kids is sure to receive a few harsh comments.

While there’s a lot of criticism surrounding the issue of moving back home after college, deciding to live with your parents is not something you should be ashamed of — it’s something to be proud of.

If you’re considering moving in with your parents, you’ve probably made some mistakes. Living at home after college often isn’t part of someone’s life plan, but life can take some unexpected turns. If you want to live with your parents (and it is an option that is available to you) so you can get out of debt quickly and/or build savings, you are making a financially wise choice. This decision could have an enormous positive impact on your future financial life.

You’ve probably made some poor choices. Maybe you took out more than you should have in student loans, maybe you racked up some credit card debt, or maybe you spent too much money trying to “keep up with the Joneses.” Whatever the situation, everyone makes mistakes. Everyone. What’s important is that you learn from your mistakes and make better choices in the future. Living with your parents can be a smart choice, and will help you to get your financial life in order.

It’s easy for a baby boomer (who attended college back when tuition was affordable) to claim that the reason graduates move back home so often these days is that millennials are entitled brats, but it’s much more likely that the main reason is debt.

4. It’s Only One Part of Your Story

Those who criticize boomerang kids only know one piece of the story. They call them lazy, but don’t know how disciplined they are with their frugality, or how hard they hustle on the side to increase their income. It’s easy to judge someone when we only know one piece of their story. The assumption tends to be that living at home only helps the boomerang kid, but this isn’t always the case.

Maybe that “entitled brat” is taking care of a terminally ill parent. Perhaps that person who “has it so easy” lives with a severely mentally ill sibling. It could be that the $500 the “spoiled millennial” is paying towards the rent every month is what’s keeping her parents afloat financially. Living with parents doesn’t necessarily benefit only the boomerang kid — sometimes it’s a win-win for all involved.

In the same way that renting instead of buying shows patience, living with parents demonstrates the ability to make sacrifices now in order to achieve a better financial future. Most college grads don’t want to live with their parents after finishing school. They’d rather have the privacy, independence, pride, and freedom that come along with living on their own. Choosing to sacrifice these things shows long-term thinking and the ability to delay gratification.

If you’re struggling with debt, please know that there is no shame in moving in with your parents. This idea that boomerang kids are a bunch of lazy, spoiled brats simply isn’t true. While there may be some who fit the stereotype, the majority don’t. Many adults who live with their parents pay rent or cover their own bills, take care of their own chores, and help out around the house.

If you’re using this time to pay off debt or build savings, this is not something to be ashamed of — it’s something to be proud of. You’ve maybe made some poor choices, but you’re making smarter ones now and you’re setting yourself up for success in the future.