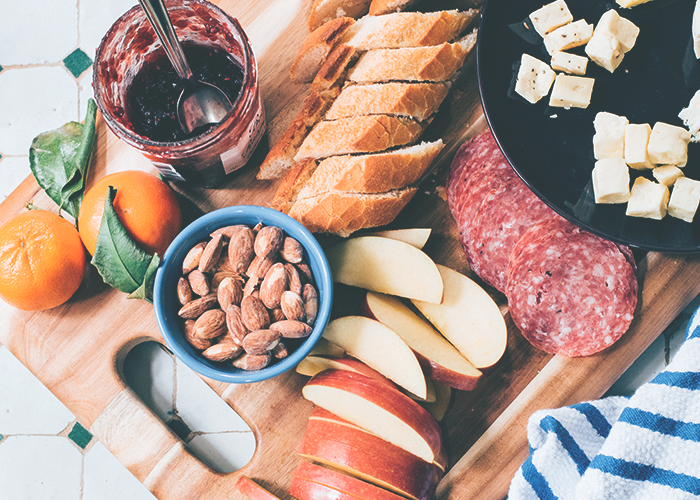 I’m going to eloquently start my first TFD piece with this: saving money gives me a lady boner. I get a little high out of seeing my accounts increase. Since I started working when I was a teenager, I would get a paycheck, take out enough for gas and a few froyo trips, and deposit the rest into a savings account. It’s just always been ingrained in me to have something to fall back on. When friends mention they have $2.73 in their checking accounts, it makes me squirm. What if something happened?! I never wanted to be stressed out about money, so I focused early on having an emergency fund. My initial savings goal was to have at least $1,000 in my account at all times. My goal-setting ended up snowballing and paving the way for new goals, and by the time I was 25, there was $50,000 in my account.

I devour articles and blog posts about saving large amounts of money — but they all seem to have some sort of major loophole. So, I’m coming from a place of no windfalls, no smart investing pre-recession, and no free college.

Here’s a little about my situation: during this time of extreme saving, I was never making more than $15 an hour. My underemployment is a story for another time, but I did want to show you what I was working with. It’s easy to save $20,000 a year when you’re making $70,000, but I was making about half of that.

No one’s story is the same, and I admit, I had privileges some do not. The ways I saved money may not line up with how other people want to live their lives. So this is just what worked for me, and I hope people can take some of my ideas and make it work for their savings goals. You may not be aiming for $50,000 — maybe just a wedding fund or a house down payment. Do what works best for you!

Put in the work

You might have been looking for some magic story of me just stumbling upon $50,000. But the formula for saving is pretty basic: Make more and spend less. I focused my energy on making more. As I mentioned, I was underemployed/grossly underpaid for my industry, so I looked for supplemental work anywhere I could.

My main money-maker during this time was babysitting. I took hours whenever I could — after work, on weekend days, and weekend nights. Other odd jobs I did included valet parking, catering, and office clerical work on weekends. If hanging out with kids isn’t for you, look into bartending, or find a freelance side hustle that aligns with your skill set. An upside to working a lot means there is less time to spend.

Do you really need that?

I know we’re all sick of hearing about The Latte Factor. It was kind of impossible for me to cut back on buying coffees when I’ve never bought one in the first place. But I do think you should track your spending so you can notice unnecessary habits. Take a look at your last 15 transactions. You’ll probably notice a pattern of what’s adding up, and what you can live without. For me, it was fast food. I easily cut out $150 a month by only going once a month instead of multiple times a week. I instead took to meal prepping

and cooking at home.

Being mindful of your spending is so important when saving big. I avoided temptation by unsubscribing from brand emails, and I would not step foot into a Target unless I went in with a list. I would always wait a week when buying clothes online to make sure I still really wanted them.

During my savings journey, I got my nails done maybe twice. As for haircuts, I got those cheap $15 ones where they don’t blow dry it afterward. I even looked up YouTube tutorials on how to trim my hair to keep it healthy between visits. I also canceled my gym membership and found amazing workouts on YouTube or went hiking with friends.

I still vacationed, but stuck to weekend getaway road trips. (TFD has plenty of articles on how to travel smart!)

I still had a life

I know what you’re thinking. She probably had no friends, never left her house, and never had fun. But during this time I still stayed social, went to concerts, and even traveled a bit!

As for going out, you need to be smart about it. You don’t need to say yes to every invite, but you also don’t need to live under a rock. You can still have fun with friends without doing a $50 boozy brunch every weekend. And, not to sound like a college student, but when I did go out, pre-gaming played a big part in saving. I’d have a few glasses of wine before hitting the bar, and then limit myself to two drinks while I was there. I also stuck with cash at the bar, because it’s tempting to keep ordering drinks and food when you can just throw down your credit card.

Leave your ego at the door

A big hindrance when saving money is a sense of entitlement. Whenever I give people saving advice, someone always balks at the thought of getting a second job or a roommate. I need to stress that no one is ever too good for a second job. I had a friend who refused to go back to her bartending job for weekend shifts after she got her Master’s. She thought she was above doing service jobs anymore, despite barely being able to afford her rent. If you’re setting yourself up for a better future, there’s no room for a big ego when you’re saving.

I did mention loopholes before, and I guess I do have to admit to one that a lot of other people also have access to: I lived at home. This was probably the biggest key in how I saved so much so fast. Because of my income level, it was way too risky and irresponsible to move out during that time. I lived on a direct transit line, and my monthly commuting costs were $180 a month.

I know living at home isn’t an option for some people, but if it’s available to you, consider it! I didn’t take advantage of my parents; I still paid for my own food, and even gave them money for utilities. And since I was working so much, I basically only slept there. You don’t need some glamorous apartment in a city when you’re in your early twenties. You’re not a loser for living at home or in a neighboring suburb with four roommates. I’d rather do it when I’m younger than face some kind of financial hardship later in life, and have to come back to my parents with my tail between my legs.

Each month I had a goal to set aside at least $300 specifically for savings. My advice is to pick an amount that works with your budget, and pay that amount into savings as if it were a bill. Would you skip your car or utility bill? No. And savings is just as important. I paid into my savings goal, and then added whatever I had left over after expenses each month. And my expenses were pretty low. I was paying my student loans ($215), my transit ($180), food ($160), my phone ($50), and miscellaneous expenses ($250). Once I saw that my savings was quickly adding up, it became almost a game for me to constantly up my goal.

Life is funny; when I was 25, I ended up getting laid off. Thankfully, I had the savings and the side hustles to hold me over until I found a new job. Once I got my new, higher paying job, I kept my savings habits the same, which helped me to live even more comfortably. I’m not as extreme now, and I have eased up on some of the side hustles. I’m so happy where I am with my savings, and am now focusing on investing and growing what I have even more.

By doing a bulk of my savings early, I don’t have to be stressed when I get more responsibilities as I get older. I have so much more freedom, and I’m still so young. Is my way going to work for everyone? No, but maybe something I did can help you hit some kind of savings goal of your own. You can find a balance that lets you enjoy life while still being smart about your future.