5 Rules I Followed To Pay Off $16,000 Of Debt While Living Abroad In Japan 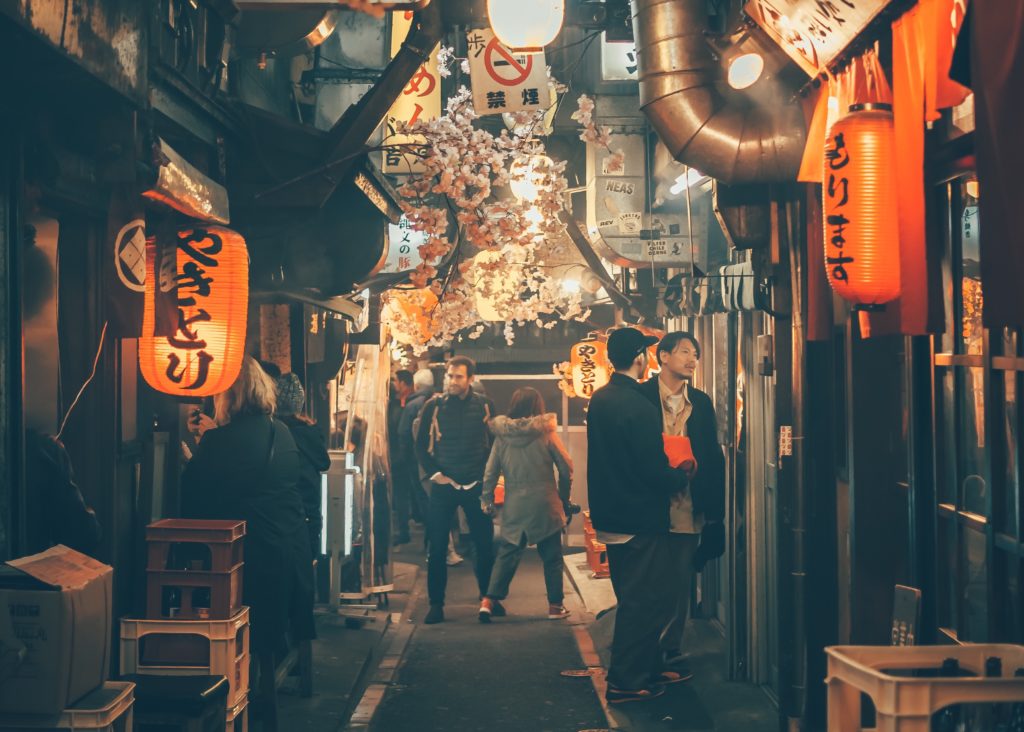 I received my degree — not from walking the podium, but from picking it up at our admissions office, as I had opted out of the graduation ceremony. Half because gown rentals are unnecessarily expensive (we pay tens of thousands of dollars for a degree, and you’re telling me you can’t give me the gown for free?), but also because I had already moved on from being a student and focused on making money at my part-time job to prepare for the move to Japan.

Fast forward to me at the entrance of the Toronto Pearson airport’s gates with my mom nearly in tears, waving at me and me smiling like crazy ready for the adventure I’d placed upon myself. Since the age of 15, I had been obsessed with the Japanese language and after completing my 1-year study abroad at the prestigious Waseda university in my third year, I knew I had to go back. And finally, that moment was here. How could I not have been excited!

But the $22,000 debt was weighing on my mind, and I knew I could not fully enjoy living in Japan with that debt hanging over me. So, I made a promise to pay that debt back as soon as I could.

Throughout the process, I gave myself 5 essential rules to help me pay back my loans while living as an expat:

Originally, I negotiated for a later start date so I could spend the summer studying in Korea. But thanks to my dear student loans and quickly realizing the financial burden I had to pay back while also saving to survive the first month in Japan, that plan quickly became a sweet dream. I had considered taking out a student line of credit from my local bank because all my life I’d seen my parents casually use their line of credit for so-called necessary expenses or to cover their backs when money was tight. But perhaps due to being an avid reader of personal finance content since the age of 20, I just knew I didn’t want to dig myself deeper in debt.

Starting right after graduation, it is so tempting to take on extra debt to be able to supplement your life or pay for some activities or things you really wanted to do. If I had taken even a $5,000 line of credit to pay for a 1-month Korean study program, it wouldn’t have felt like such a big deal. But it would have put me more in the hole, and no matter how much I loved Korea, I resolved that if I couldn’t pay for something I wanted with cash, I would not buy it.

Six months after living in Japan, I got my first-ever Japanese credit card, as my Canadian one was shortly expiring. And even with a new shiny credit card with a ludicrous limit of the equivalent to $8,000, I never used it for more than the essentials, and I always made sure I had money in the bank to pay off whatever I was putting on it.

Thankfully, living in the Tokyo area is cheaper on average than living in Toronto. After arriving late June and traveling for the first three weeks, I started house-hunting. Using some helpful websites like sumoo.jp and hituji.jp, I considered both options of living on my own and living in a shared house situation. Eventually, I decided a shared house was the best way to go, as it would be cheaper than living alone and would provide more social activity without always having to go out. I got lucky with my current home, as it was the first I viewed and they were having a new opening campaign where new tenants would get a $50 equivalent rent discount forever.

I fell in love with the place immediately and signed the contract that day. The rent was only $650 with water, gas, and wi-fi included, with the main downside of the house being a 1 hour and 15 minute commute away from my work at that time. I figured this was a reasonable sacrifice in the beginning. Thankfully, it’s worked out amazing. After changing companies, my new office is only 45 minutes commute away. By skipping out on a $1,000 apartment in the heart of the city, I lucked out on a great shared house and made many friends along the way (which is super important for an expat).

Aside from housing, when considering phone plans, Japan is like Canada or the States — there is a clear monopoly on the phone plan options, with three big telecommunications companies commanding your attention. However, I completely veered away from any of these companies and went the MVNO (mobile virtual network operator) route. Meaning that I just bought a phone out-right and got a cheap monthly plan equivalent to $17 a month for certain minutes of talk and unlimited data.

Settling into my position as a recruitment consultant at a well-known recruitment agency, I quickly realized that although the salary wasn’t extravagant at a starting salary of $35,000, because my living expenses were so low and I brought lunch most days, I regularly had $500-800 a month to do whatever I wanted with. I split this money up to start an emergency fund of $3,000 and sent everything else to pay down my student debt balance.

Of course, to be completely transparent, it was my occasional commissions that fast-tracked my payments overall. The 2-3 $2000-$8,000 commission checks that I received in my 18 months working as a recruitment consultant really helped. Yes, it was very tempting to use those commission checks for other shiny toys or fun trips. But I kept with the mindset that every dollar I made while in debt was not mine thus how could I spend that money on anything else other than debt. This was definitely tough, as I would see my colleagues on Instagram going on cool trips all over the world. But I stayed focused.

Rule #4: I kept an envelope-style budget.

Unlike Canada where I got a biweekly paycheck, here in Japan, I get monthly paychecks. This means budgeting is important to not have the risk of running out of money before the next month.

I am a natural saver, but I am not a natural budgeter. I found the envelope method loosely worked for me. I would take my monthly expenses that were not automatically taken out of my account and put a budgeted amount in an envelope. For example, the eating out envelope would be $80, commute would be $250, groceries would be $100, shopping would be $50, etc. If I used up one envelope, I was free to take from the others, but if they were all depleted, that would be it for the month. There was the occasional cheating of adding an extra $50 from the bank to the envelope budget. But overall, the method was good for me to get an idea of what I should be spending in a month and to not try and go over that limit.

Rule #5: Make extra money wherever you can.

Even with a full-time job that kept me engaged, I knew I had to diversify and have other streams of income to supplement my life while paying down debt. I quickly decided to take on English teaching, as it was a flexible side hustle I enjoyed and could easily make my own hours from. I worked part-time for six months at an English teaching café I had worked at back as an exchange student. I originally took weekday evening shifts, but quickly started sticking to only weekend shifts. Although I never earned more than $150-200 a month from the work, it helped to pay for local trips I would want to do or nights out so I would not feel like I was completely depriving myself of a social life while paying off my student loans. Even after quitting the café, I’ve taken on a personal student and get paid $25 an hour once a week.

Following these 5 rules, I was able to pay off my $22,000 CAD student loans within one year of starting my job in Japan. Being debt free is an amazing feeling, and hopefully, I will never return to being in debt. With my newfound surplus in income, my next goal is to build up investments and enjoy my hard-earned money a little bit more.

This article was written by Mary Ralladi. You can hear more about her expat journey on her Youtube channel here.