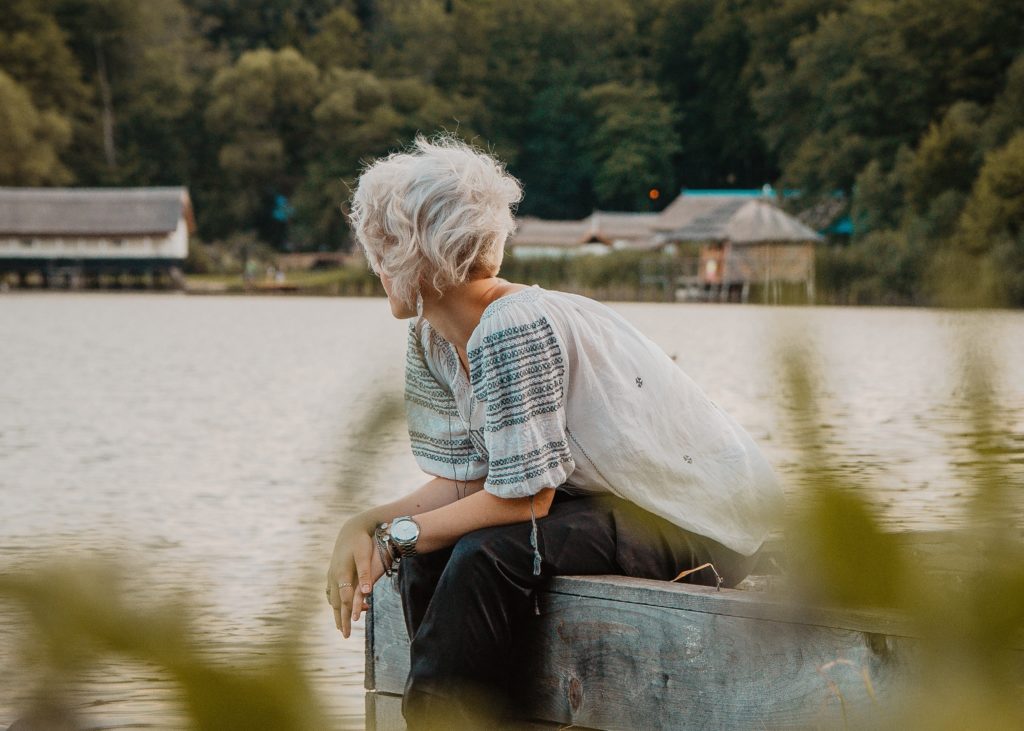 This is a new chapter for me. I’ve recently changed my relationship with money and how I spend it, which feels like an achievement I’d never get to. I’m in my early twenties and work a full-time retail consultant job that offers healthcare benefits. I’ve lived in Los Angeles for three years and have a lovely two-bedroom apartment I share with a couple. I get to enjoy my own space and even a balcony that I take for granted. My life sounds wonderful, but it took a lot of financial mistakes to achieve what I call a very well-adjusted life with zero money role models to look up to.

Growing up, we were a middle-class family in a New Hampshire suburb with no financial burdens. My father was first-generation Italian, hard-working and had a stable job in welding. My mother was a telephone operator for a hospital and had the skills to become a fantastic writer. But during the recession, my parents began dipping into our college funds and soon spent all of it. Their relationship grew worse and worse due to financial stress. My father left us, refused to pay child support and we were evicted from our home because he’d been lying about paying the rent for almost a year. We had to resort to living with friends before we found an apartment in a cheaper city 45 minutes away from ours.

While I wouldn’t wish this childhood on anyone, I’m sure my background resonates with many growing up at the time of the recession. The rug was pulled out from under us and it was a scary time to start over. My mother was a single parent and she’d never had a bank account that wasn’t in her husband’s name. Life didn’t prepare her for having to live off welfare and provide for four children while dealing with falling out of love with her husband. We all made it out alive and my mother is now doing well but still occasionally runs out of money and we’ll loan her some because she doesn’t have a good relationship with it to this day.

Now, all four of us are on our own and working to make a living. I can speak for myself when I say this was incredibly difficult to begin living on my own and taking care of myself because I didn’t have that example growing up. As much as I love my mother, she will be the first to say she’s a private person and hated discussing money which is what led her to being in debt later in life.

When I first moved to Los Angeles, I spent money like I didn’t have to work for it. I never had money growing up because I was the last born and at that time my family was already very poor. I do not remember the middle-class existence my other siblings do so when I began making money, I began spending it like I was rich because I’d never had that much in my account before.

I had no template for spending, budgeting and I wasted all my money on clothing I didn’t need and eating out. Also, not having a car or any knowledge of the LA Transit situation I was always Ridesharing which I once racked up a $400 bill for in one month. My first year of working here I accidentally filled out my taxes wrong and found out during tax season I owed almost $3, 000. I’d opened several credit cards because I was so broke but I acted like it was free money and they all went to collections.  Lastly, I had to ask my sister for money because I’d let my account go negative so many times and she began to worry about me.

Even writing this, I am anxious and embarrassed admitting it. It is so hard to look at your own spending because it feels so personal to who you are and what you value. I’ve always spent money as a way of therapy which is the opposite of my sister. She feels severe guilt anytime she spends money on anything, even items she truly needs. Both of our responses to money were seriously harming our mental health and we knew we needed to change both of our habits. Now, I help her make purchases and remind her she doesn’t have to feel guilty for spending her own hard-earned cash and she reminds me to think of my future instead of the few minutes of joy I’ll feel buying something.

Here is how I changed my relationship with money.

1. I began tracking what I spend.

I hope you weren’t looking for a magical solution because yes, what they say is true. You don’t know how much money is going out if you never bother writing it down. There is a big difference between looking at your transactions on a banking app and physically tallying each dollar you spend. I began realizing on average I was spending sometimes $60 a day because I was eating out and ridesharing to and from work.

2. I stopped living the luxury life.

We’ve all heard the phrase treat yourself and that should mean every once in a while giving into your wants and splurging. I was doing this almost every day as a version of self-care. If you didn’t already know, treating yourself and self-care are not the same idea. Self-care doesn’t have to involve money, it’s a ritual you look forward to in order to reset and recharge by taking the time to check in with yourself emotionally and physically. Treating yourself is indulging in something luxurious because you’ve earned it and all those times I splurged I didn’t earned it. I just hadn’t learned discipline.

3. I stopped beating myself up over every mistake.

The hardest part of holding yourself accountable finally is when you inevitably screw up. Trust me you will. The other day I accidentally bought a $30 bottle of red wine but because I’d already waited in line so long I bought it anyway. Normally, if I want to buy something like that I would’ve planned for it or had special circumstances for spending that much on one bottle of wine. Due to the convenience of already being there and part embarrassment of not knowing the price I wasted my money on a causal bottle I was buying for myself. It also tasted no different than my $5.99 bottle I buy from Trader Joes.

4. I cannot blame my parents.

Although it would be easy to say they ruined money for me — I couldn’t say that. I had to accept I’d been taught bad habits but they were habits I let myself bring into adulthood. I didn’t listen to my instincts and I was living beyond my means because Los Angeles is a seductive place that can steal all of your money. Again, I chose to live in an expensive city and I chose to go out so often. We can blame our environments all day long but at the end of the day, we make the decision to fund these bad habits or not.

I started with an emergency fund and I automated money from my bi-weekly paycheck into my savings, my health insurance, and my debts. I began taking the bus which I found to be my favorite part of my day because I don’t have to talk to anyone like I did in rideshares. I bring coffee that I make from home now on my morning commute instead of buying it which tastes so much better. I pack a lunch every day which has cut down on my spending significantly. One good tip I have for not spending too much when grocery shopping is only bringing what you intend to spend in cash and leaving the card at home.

I’d love to say I’m now a perfect spender but, of course, we all make mistakes, and there will always be room for improvements. At least I can say now I don’t feel like I’m drowning in my bad habits and I’m proactively trying to learn new better ones. The first step is admitting your financial situation could be better and you aren’t doomed to repeat the mistakes of your parents.

Julia Paratore is a writer and lyricist living in Los Angeles.