5 Thoughts I’ve Had About My Body While On Vacation 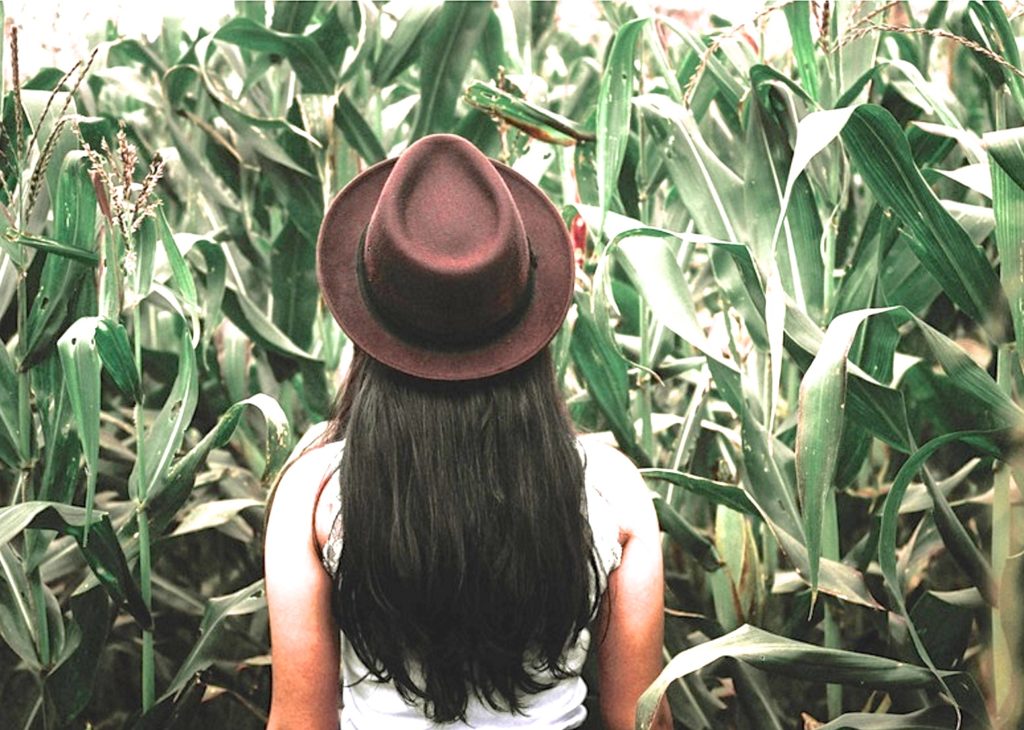 Well, I guess I should start here post by addressing a somewhat-obvious fact: this post will have nothing to do with money. I often find tangential ways to connect my otherwise-unrelated meanderings to things like finance, career, or some of the more generalized life topics that we touch on on TFD, which I believe is generally a good practice to have. And while a lot of the body/health/beauty stuff we do has an inherently budget-related component, because so often our relationship to things like food or exercise or beauty are caught up in what we’re spending on them, this post is purely about the body.

I’ve been at the beach, or in some beach-bound city, for 12 days now, which means that I’ve spent a significant portion of that time either in a bathing suit or in clothes which cover little more, and wearing no makeup. Today I’m finally heading up to Paris, where I can spend a week wearing comfort-blanket things like pants and blazers, and applying enough mascara and lip color so as to not look slightly dead at all times. Being at the beach, as most of us know, means confronting a lot of realities about the body and face that we normally fit into a more city-ready package. This means that I’ve had a lot of ~big thoughts~ about appearance, body, womanhood, etc, and because this is my website, I can write about whatever the hell I want!!! [Cackles.]

Long story short, sometimes I find myself wanting to write about something that is very un-TFD, but why would TFD exist if not to occasionally allow the off-topic-yet-compelling rambles of the TFD team? It wouldn’t exist at all, I say! So buckle in for a little body talk. Here, in no particular order, five thoughts — disorganized and potentially-problematic but entirely my own and not an implication of anyone or anything else —  that I’ve had about my body while on vacation:

1. Getting used to one’s makeup-less face is a process.

I usually wear a pretty simple makeup routine while out and about on an average day — makeup, light eyeshadow, brows, lip color, maybe a little bronzer

— and feel like the slightly-improved version of myself that I’m going for. For professional engagements or evenings out, I’ll step it up to include some face makeup and eyeliner, but generally the overall effect is pretty much the same. I do this almost every day though, either in its pared-down or done-up version, so I’ve gotten used to seeing my face (particularly when around other people) with a certain amount of improvement. It’s been nearly two weeks that I’ve been constantly bare-faced around a pretty large group of people (first there were eight of us, then twelve when some family joined), and it’s taken some getting used to. I even had a mildly-panicked moment of asking my friend whether she thought I looked really different or not without any makeup. (She said no, of course.)

Personally, I feel like I do, only because I have gotten used to this light layer of IRL photoshop when around other people, and imagine that my actual face is just an uglier version of that, rather than the truth, which is that my done-up face is a prettier version of the real thing. Remembering that your starting point is your actual face, and not the altered face you create every day, has been hard for me, especially as someone who has always had problem skin. I’ve never been the pore-free beauty who feels comfortable with her skin the way it is — I’m always fighting redness, blotchiness, dry patches, and other muddled facial zones that make the “effortless” look nearly impossible. This means that makeup is a crutch, to whatever extent. And I don’t love that about myself, but I do feel that spending this time getting used to the “real me” around so many other people is a step in the right direction, even if I’ll be busting out the mascara the second I get to Paris.

I know that this is a petty frustration, but the fact that bodies are so different first thing in the morning and after you’ve spent the day walking around, eating and drinking, is an endless source of disappointment. The morning version of myself, for however delusional this might be, always feels like the real me, and the slow, reliable bloating and expanding that occurs throughout the day isn’t about “Oh, I no longer look as trim in my bikini,” as much as it feels like a physical discomfort from leaving that Morning Body that I perceive to be my stasis. I can walk around all morning in a bikini and feel wonderful, but if someone proposes an evening swim, my stomach all but feels like a balloon. I know it’s superficial to make such a distinction between what is objectively a few measly pounds of water weight, but it’s hard to separate that out from my self-conception.

3. Learning to separate “depriving myself” and “not being gluttonous” is very hard.

I know that there has been a recent and significant uptick in all the rhetoric around not denying yourself when it comes to food, not restricting yourself or “shrinking” yourself — especially as a woman, because a part of the rhetoric is about how the world wants us to be constantly small and denied things. And I do get that this comes from a good place, and a lot of dieting is harmful and a lot of restriction about purely maintaining a certain weight and not about any concept of health or balance. I don’t ever want to be the joyless friend on the vacation who refuses anything more than the smallest bite of the delicious things on offer, who feels the trip is ruined if she goes home any bigger than she arrived. I still very much consider it a badge of honor to gain a little “enjoying myself” weight while away.

But all of that said, I do think that all of this “don’t deprive” rhetoric misses the very key fact that we live — especially in America — in a culture of constant over-indulgence, and can often use that treat yo self mindset to justify a lot of decisions that are simply bad for our bodies and health. I’m under no illusions that my daily and significant intakes of cheese, cured meats, chocolates, and wine are not some favor for my body. It’s about my happiness and enjoying these things while they’re in front of me, but they’re still indulgences. And finding the middle ground between “okay I’m just going to have tea and some fruit and veg until dinner because I need to chill” and “I’m going to deprive myself in an effort to be as perfect-looking as possible while here” isn’t always easy. Sometimes, though, that “deprivation” is simply making a wise choice, and denying a little instant gratification. And sometimes what may feel like a bummer is actually the best thing you’re doing for your body all week.

I’ve realized this year that I no longer feel envious or insecure towards other women’s bodies on the beach, but that I now feel more aware than ever about how much women’s bodies are almost inherently visual objects when in places like this, how much we are meant to be consumed and appraised. Seeing how aware all the women around me are of being seen and perceived, and recognizing that impulse in myself, makes me simply too tired (and a bit righteously frustrated) to care about whose stomach is flatter or whose thighs are completely dimple-free. I don’t care about all of that dumb competition, but I do care — and feel profoundly exhausted by the fact — that we can’t just enjoy ourselves without worrying about the eyes and judgments of others at places like beaches and pools, because the world has decided that our bodies are not totally ours. Or so it can sometimes seem.

5. Every year feels better, and worse.

I do feel, overall, that I am getting more comfortable in my skin each year, mostly because I’m putting less of a premium on it. The more accomplished and confident I become in other areas of life, the less preoccupied I am with things like body and beauty. But there is a flip side, which is that each year — as the passing of time tends to do to us all — it becomes more difficult to maintain things the way you’d like them without more conscious effort. Each year I have to pay more attention, I get tired or feel bloated more easily, and can withstand those life-ruining hangovers less. Vacation is still lovely and largely effortless, but in the awkward phase of mid-to-late-20s, as the meanings of that word change and evolve, keeping up with your body and not putting it under too much stress becomes more of an active undertaking. I can’t just do whatever with my body and feel good in it, both superficially and health-wise. I’m more fragile, and need more things like fresh vegetables and long walks and tea

instead of sangria with lunch.

It’s not a bad thing, of course, but the act of having to care and balance is something I’m still getting used to. And as I get smarter about how I do things, my body demands that I be even smarter still. Hopefully, this time next year, I’ll be even more caught up to who I am.