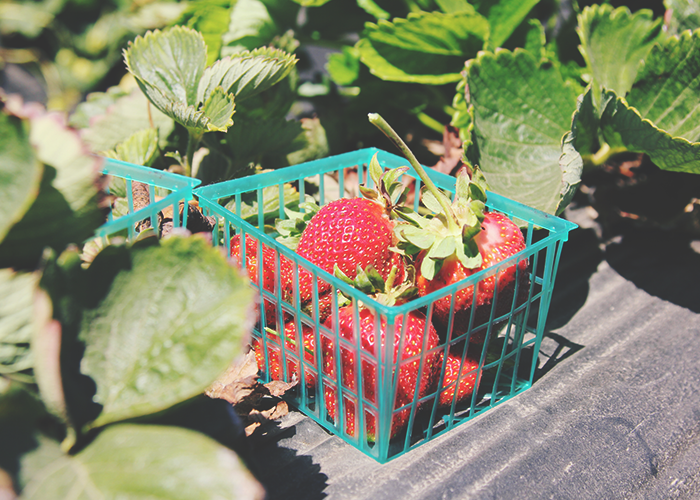 It is one of the quickest and easiest money-saving tips people will give you. If you go to a grocery store prepared to spend on food, and are super hungry while doing so, you may find yourself loading your card with a lot more unnecessary items than you would have if you had a full belly and the will to just stuck to your list.

I have a pretty simple list when I grocery shop – we don’t get too creative over here, and we also don’t tend to purchase a lot of snack foods or “extras”, so it is often just the basics: eggs, sometimes meat, lots of vegetables, and little Flavor-Town things we’ve run out of, like soy sauce or chicken stock. It is a list that is basic enough for me to go grocery shopping every week for around $50 and make plenty of good, nutritious meals out of.

But when I found myself in the aisle with my best friend, super-hungry, borderline lethargic, and trying to figure out what we wanted to cook for dinner together, I also found myself throwing things into my basket that had nothing to do with my meal plan for the coming weeks, and actually were low-key terrible for my overall health.

I learned (the hard way) that I can’t exactly pull off a weekly grocery shopping on an empty stomach, lest I arrive home with boxes of snack foods I’ll never eat, and no actual things I can create meals out of.

Because yes, I forgot basically all of the things that were actually on my list. But here are all of the other things I spent an extra $30 on this week at the store this week by going shopping while hungry. (You may see a pattern here — delicious, sugary, and generally not worthy of eating for actual fuel).

I don’t actually remember the last time I ate these things, although I can only imagine it was in some sort of summer-camp setting in my early youth. The demand for these has definitely gone way down, because regular Ritz crackers (which really still hold up) are over $3, but Ritz Bits crackers were only about a dollar. But my growling tummy saw them on the shelf and H-A-D to have them immediately. I spent a lot of time in the aisle deciding if I were Team Ritz Bits Cheese

, and decided on cheese. It was sort of a mistake, because the cheese ones aren’t very good. The peanut butter ones probably aren’t much better, though. But it is okay, I spent hardly over a buck to figure it out.

2. A lot of Watermelon seltzer.

I had to start buying bottles of seltzer instead of cans because I am a pro at opening a can of seltzer, having a sip, and then forgetting it and finding it hours later once it has gone flat. I broke my rule immediately when I saw that watermelon-lemonade flavored seltzer has been released for the summer (!!!!!). My belly got super happy the second it saw that, BUT my local store only sells it in cans, which means I’ve had to buy three cases so far of canned seltzer (against my better judgement, because I know that I’m going to continue to sip-and-ditch my drinks). So I’m not exactly jazzed about having spent $12 on cans of seltzer that might very well go to waste, but I’m hoping I’ll remember to sip them all the way through to make this one worthwhile.

‘Tis the season to overindulge on egg-shaped chocolate. I really can’t help myself this time of year – basically, if I see a display of Cadbury mini eggs

, I’m buying one-to-three bags in that exact moment. I like to pretend that they’ll last me more than two days, but they for sure will not. And I spent $3.69/bag on three of these just this weekends, so that’s a cool $11.07 spent on chocolate that I certainly didn’t need.

It is kind of a rule that we can’t keep ice cream in the house because neither Drew nor myself have literally any self-control when it comes to ice cream. If we have a carton if it in the freezer, we’re basically eating ice cream for breakfast, lunch, and dinner until it is gone. But I saw the boy’s favorite low carb chocolate ice cream and grabbed it for him – even though it was an extra $4 added to our weekly food bill that we wouldn’t normally spend. Worth it, I guess, because it is lowkey cute as heck to watch him eat ice cream from the carton like a child. But maybe something we should avoid from now on for both our wallets and our waistlines.

This is a weird one indeed, because I absolutely love baking, but I love actual from-scratch baking, not boxed-cake-mix baking. And I’m good at it, too! And I hardly find it more time consuming than using a mix. But something possessed me to toss some cake mix into my basket so I could have it on-hand just in case I need to whip up a Funfetti cake

really really fast one day (which, tbh, could happen – I do love cake). This was on sale for only $1, but even though it isn’t exactly going to make or break my financial life, I’m still definitely trying to be mindful about how a handful of little $1 treats can add up (as evidenced by this sad, hungry-Mary grocery haul).