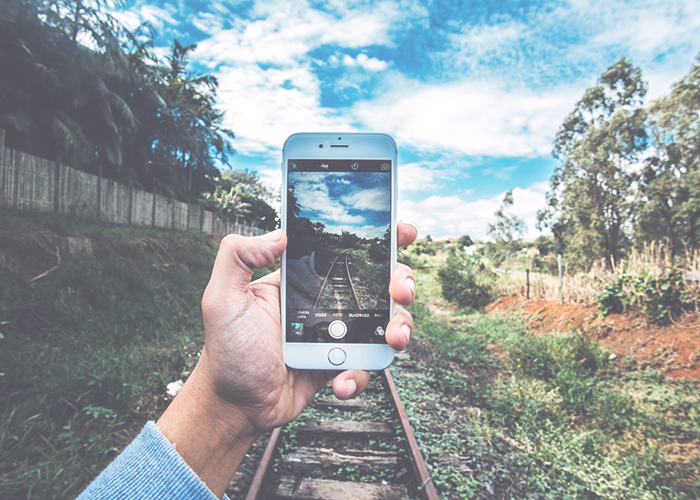 When it comes to navigating our roles in the professional world (or creating them, if the path we want doesn’t exist), it can often feel like we’re swimming in a sea of mostly-useless advice. Either there are people way ahead of us on the corporate ladder who are sending paper airplanes of wisdom down from their corner office perch, or there are people who have encountered a lot of good fortune in their career, gracing business magazine covers before they can rent a car, and they’re immediately heralded as an expert on what the rest of the normals should do (about pretty much everything), regardless of how different our paths might be. I’ve always had a hard time finding business and management books I relate to — no matter how often I read them — for this reason. I can’t relate to a guru, but I also can’t relate to the guy who spent 40 years climbing the Mount Everest of being a Company Man. But I have found a few key pieces of advice along the way that have really, truly helped, and one of the most reassuring things I ever heard about figuring out your career was “No one knows what they’re doing on their first day of anything.”

This means that, if we’re lucky, we’re constantly moving up to newer, better-paid, more exciting positions that totally scare the shit out of us. As soon as we become comfortable and confident enough in one role to master it and kick its ass, we’re pushed into something we don’t yet understand and are expected to prove ourselves. And many times, this results in us reaching the ceiling of our competence and smacking into it, repeatedly, like a middle-management sparrow. There’s a name for that, actually. But if we’re lucky, we rise to the challenge and master this new role or skill set, just as we came to master the last one, until we’re pushed into something that terrifies us again on our first day.

And even though I know that there are levels to this, and there are clearly things for which we’re better prepared than others (or people who just have a really easy time adapting to things, but whatever, screw them), it’s still nice to know that on her first day as CEO, the high-powered boss who wrote that business book on your shelf was scared shitless. She finally had something in her hands that she was so sure she wanted for so long, and now the reality of it was so much more terrifying than she couldn’t have anticipated. For a few minutes, or maybe a few years, she felt certain that someone would pull back the curtain when she wasn’t looking and reveal a trembling kid behind the desk, totally unsure of the right way of doing things and making it up as she went. And this fear wasn’t because she was incompetent or didn’t prepare, it’s because impostor syndrome comes for us all — women even more so, unfortunately — and it’s a natural response to be constantly rising to the height of your capabilities. (It’s also a notably bad thing to feel overconfident at one’s job, and that’s also a phenomenon with a handy name.)

All that said, there is no reason that we can’t fight against this, particularly as women. I’ve written on my own experience with the phenomenon, particularly from a financial perspective, but it’s just as real from the professional one. I basically refuse to call myself a CEO (even though our team is now five people). I hate being on “important” calls because I’m terrified that I’ll make a dumb joke that will go over like a cement doorstop. I am constantly fighting sleep-interrupting anxieties about the prospect of everything crashing down around me overnight. No matter how slow and steady the growth of things, it still feels like I’m on a rickshaw. And it probably does for everyone.

So I have come up with, for my own mental health and balance, a few little strategies to counteract my impostor syndrome so I can actually get shit done. They aren’t based on my current job in any real way, because I know the individual struggles of today’s work will change and evolve. They’re more about how I live and view myself, because those are things that will apply in the long term. (And maybe, with any luck, they might even apply to your own ~journey~.)

1. Keep a list of all the things I’ve accomplished. (A to-done list, if you wanna be cheesy about it.)

It’s probably braggy, in its way, but given that I’m the only person who looks at it, who cares? It’s really helpful for me to keep an actual list — sometimes written out, sometimes on the notepad app — of the things I’ve accomplished in the last [insert amount of time here]. If I’m going through a really rough time with work, or am just feeling the dreariness of the months between vacations, it’s a wonderful boost to see all the great things I’ve made happen. It reminds me not only of what I’m capable of accomplishing, but about how satisfying things can look in the rear-view mirror, and how worth doing they are. It’s so hard to stay rolling that ball up the hill when you’re in the middle of a project, and only when you allow yourself to appreciate why you’re working so hard in the first place can you keep it in perspective. Celebrating what you’ve already done — even something as non-professional as “doing Sunday shopping and making myself a home-cooked, yummy meal each night” — makes you want to do it again.

It’s important, I think, to frequently measure your life not just by today’s standards, but by the standards of your former self (even your slightly-former self). It’s easy to get blasé about what you have, when you’re constantly upping your quality of life or work or whatever by small increments. You don’t notice how much things are getting better every day, so all you can see is the things you’d still like to improve. But when I consider the apartment Chelsea lived in at 23, or the salary she was thrilled to get (and the budget she made work when she earned it), or pretty much anything else about her life, I realize how far I’ve come. I realize how lucky I am, and how much I’ve made happen on my own. I suddenly feel markedly more grateful for everything from my weekend plans to my work schedule to my paycheck, and I understand that the person living this life is still myself, even though 23-year-old me wouldn’t have believed it. And that means that there is still a lot of great stuff yet to come, that I couldn’t even fathom today.

3. Remind myself of three awesome things about me that have nothing to do with my work.

One of the biggest things that leads me into a shame-y spiral of impostor syndrome is putting too high a premium on who I am as a professional. I know when I’m doing it, and it’s usually during a time of serious professional stress or anticipation, as you might expect. But the more we are wrapped in work stuff, the more we define ourselves that way, and the more we define ourselves that way, the more we feel addicted to the work we have to get done. And sometimes, forcing myself to just put down the laptop isn’t good enough, because I’ll just pick it up 10 minutes later. For me, it’s a lot more helpful to stop, think, and actively force myself to name (or even write down) three things about myself that are awesome, and worthy of attention and effort, that have nothing to with work. It might be cooking, dancing, being a good friend, growing a mini garden in your apartment, being really organized, knitting, or home yoga. It could be anything, what matters is that it matters to you, and it deserves to be part of who you think yourself to be, and what you give your precious time and mental health to.

4. Write an actual letter (okay, a long email) to someone to catch them up on my life.

I have a few friends with whom I communicate via long-ass email every few weeks or so. And one thing I’ve noticed about the practice is that, by forcing myself to actually write out everything I’ve been doing, it’s a lot easier to chart my progress and growth and feel more confident in who I am. And it’s also nice seeing the other person grow in that same way, being able to follow them like you make a constellation out of stars. It reminds me every time of how much is actually going on, in both of our lives, that we never give ourselves permission to really stop and think about.

5. Think about the things that used to impress me about a guy.

This one is maybe a little petty, but I don’t care — it WORKS. One of the side effects of women being socialized to underestimate themselves, undersell their work, apologize compulsively, and be humble to our own detriment is that we are socialized to do the opposite with men. Nearly every young heterosexual woman has, at some point, felt truly impressed for the most bottom-barrel qualities some guy had to offer. Maybe it was that he had a job of any kind, or that he was not an asshole, or that he kept toilet paper and milk for coffee in his apartment at all times. Whatever it was, most of us can point to times when our natural inclination to expect little and praise men manifested in a seriously skewed view of what deserved praise or admiration. Really assessing what our standards are today, and, more importantly, how much we’ve done that is beyond the realm of imagination of some of the guys we used to idolize, provides much-needed perspective. It’s not about being better or worse, it’s about realizing that we have far exceeded the standards we set out for men in our lives, and that there is no reason we shouldn’t be just as impressed with ourselves, if not much more so.