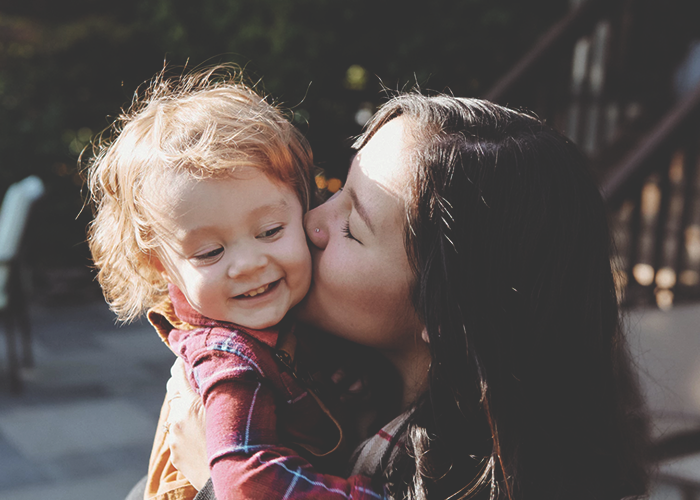 I realize that waiting until after I made a human wasn’t the ideal time to start thinking about my finances, but hear me out.
Throughout university, I was fortunate enough to have parents who paid for all of my needs including, tuition, rent, books, etc. I also had a great weekend and holiday job making $18 CAD ($15 USD) per hour and I worked every holiday, which meant time and a half. My mother also works in the accounting world, so to say that I grew up with a healthy understanding of money is an understatement. She raised me as a single mom during my early childhood and always instilled in me four golden rules of money according to her: 1) Do you need that? If not, put it back. 2) Make $2, save $1. 3) Just because they have it doesn’t mean you have to have it. 4) Do not rely on anyone else for money. She also had full access to my bank accounts until the day I got my first “real” job (at 21). This meant that when I didn’t save enough, I’d get a phone call. If I spent $60 at the liquor store, I’d get a phone call. And my mom was not the kind of woman to call and sweetly say, “Darling I noticed…” It was more like “What is wrong with you?”
Fast forward to being 25, married, and pregnant. I had never made or used a budget. I had just always been a crazy efficient saver. When I got married, I had my half of the wedding cost in the bank and ready to spend six months into our engagement — and we were engaged for two years, so when it came time to pay our vendors, I still had healthy savings leftover.
Total wedding cost was $32,000 CAD, or $25,880 USD. This includes a $5,000 ($4,043 USD) honeymoon which we budgeted for at the beginning because let’s be real — it’s the best part. I paid half, so $16,000 ($9,705 USD). A combination of my husband and relatives paid the other half.

Two months after my wedding, I lost my job. Then we moved to Toronto, the second most expensive Canadian city. It was the first time I actually began to sweat about my financial health. Even with moving to a much more populated area and having my trusty university degree behind me, it took me five months to find a job. It was part-time and paid one-third less than what I was making before. In the meantime, I had dipped into a large portion of my savings account. I even had to ask my husband to temporarily pay a larger portion of our rent.
Now, I was picking up shifts constantly, so in the year since I started, I worked full-time hours and was finally able to build back some of the savings I lost during my months of unemployment. However, I’m pregnant, and in a few short weeks my income (which is already low) will be cut in half  — 55%, to be exact. Fortuitously, in this moment of crisis, I bought The Financial Diet as a gift for my friend, but I ended up reading it myself. Here is what I took away from it:
1. My rainy day fund is good.
2. I am taking full advantage of my jobs pension plan program.
3. I am spending more of my income on housing than is generally recommended (47% of my income!). Also, my other fixed expenses were higher than they needed to be.
4. I had no idea where most of my variable spending went.
5. I needed to think of an effective side hustle.
Here is how I fixed some of these problem areas:
1. Keeping a money journal
I realized pretty quickly that making a budget is not actually easy, especially since I didn’t have a good grasp on my variable spending. The first thing I did was buy the cutest journal I could find, because if it’s not cute, I won’t use it. I wrote down every single day of the month, and under each date, I recorded everything I bought. Then, I highlighted the days I didn’t spend any money at all, because having the day lit up in bright pink made me happy and gave me some much-needed encouragement. After a month of this, I was finally able to create a budget I was confident in. It balanced. However, I could clearly foresee that my maternity pay cut, which was quickly approaching, would mean no more balanced budget.
2. Reevaluating my must-haves for comfortable living
Moving to a cheaper apartment was not an option for us, so I looked at my next most expensive item: my transit pass. It was costing me between $150 ($122 USD) and $200 ($162 USD) per month to ride the subway. This was an easy fix. Since I was starting maternity leave, I no longer needed to ride the subway. $150 a month saved just like that. Easy. Next, was my phone bill at $89 ($72 USD) per month. I called my cell phone provider and told them that I simply could not afford this, and they lowered my plan to $75 ($61 USD) per month no questions asked. I took it a step further and removed some data usage I wasn’t taking advantage of anyway. My plan is now a more manageable $45 ($37 USD) per month. Then I looked at my variable spending. Thanks to my cute money journal, I knew very well how much money I spent on things like fast food! I decided to bite the bullet and stop buying bagels and coffee every time I left the apartment. Believe it or not, this saved me close to $200 a month. I know that this method isn’t for everyone. It’s not easy — I love bagels, but it was a necessity. One made easier by the fact that I will be at home with a newborn 90% of the time. Finally, I tackled the cost of dog food — normally this would be considered a fixed expense because he obviously needs to eat, but his food was costing me an astounding $120 per month because it was hypoallergenic (our dog is allergic to most regular dog foods). So, I did the only thing I could think of, and I began making his meals. Now his food is only costing me $60 a month.

3. Home cooking
I cannot stress this one enough. Frankly, it’s pitiful how little I cooked before when you consider my education is in nutrition. I was a huge fan of frozen meals and breakfast for dinner. I hated coming home from work to cook, so I stuck to simple things that took me less than 10 minutes of effort. Turns out, frozen meals, although cheaper than restaurants, are not cost-effective overall. I started meal planning. I had a lot at my disposal already, like a crockpot which is my current best friend, and many cookbooks and recipes gifted to me by kitchen-savvy friends and family. Once I started putting the effort in, the difference home cooked meals made to my life was huge! Now, I always have leftovers, and my husband is pretty happy about it, too. Bonus: it may have added to our grocery bill, but it made the bill more predictable, and we spend way less on odd nights out because we now genuinely enjoy eating in. It has also turned into a bonding experience for my husband and me, which will be key when there is a screaming infant in the apartment testing both of our patience.
4. Talking it through (this one was the toughest)
From day one, splitting everything 50/50 has been the financial foundation of my relationship. I wanted my financial independence and he respected that. Upon realizing that my maternity leave budget was not going to balance, I had to have the uncomfortable “I need your help” conversation for the second time since losing my job a couple of years ago. He took over my half of the car payment ($150/$121 USD) and started paying 3/4 of our rent rather than the 1/2 he had previously. TA DAA — my maternity leave budget balanced.
5. Friends and family
Talking to friends and family about maternity leave budgeting hasn’t contributed to my finances in a concrete way, but it has gone a long way to alleviate my anxiety about it. Oddly enough, I hadn’t had real financial discussions with most my friends prior to contemplating my maternity leave. Even the ones I did talk finances with, never got into real numbers. I changed this by talking about TFD, what I learned from it, some of the fears I was having about my reduced income, and the added expenses of having a baby. I was shocked to learn that most of my friends had no idea how to go about budgeting and were living paycheck-to-paycheck. Having these conversations changed the way I spend time with many of them. I now look forward to dinner dates at my apartment, walks in the park, or just a glass of wine on the couch instead of expensive cocktails or nights at the movies. Being open about our finances has taken many of my friendships to a deeper, more honest level.

The arrival of the baby is sure to throw new unexpected roadblocks and challenges, but I feel confident that I have the tools to get through it with the support of my husband, family, and friends. You may have noticed that I still have one area of improvement: the side hustle. I’ve decided to give myself the luxury of time to sort that one out because well, I’m human.
Letisha is the daughter of a globe-trotting superwoman, who made her opinionated and proud. Mostly though, she is just an old soul whose greatest joy comes from cuddling up in my tiny apartment with her dog, a good book, and perhaps a glass of wine.