The 5 Worst Work Habits That Extroverts Fall Victim To 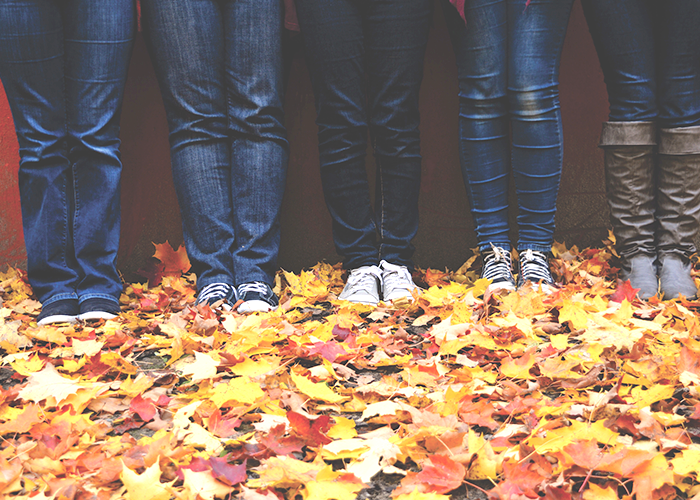 I had a vague, hipster-y Tumblr account in 2010 (but like, who didn’t???), and I think the only thing it genuinely accomplished was that it had me alarmingly convinced that I was a ~quirky introvert~. But something I’ve realized as I’ve grown a bit older and more comfortable revealing my True Self is that I’m actually not that thing at all. I’m actually, above most other labels I could possibly give myself, a through-and-through extrovert. (Well, actually, I’ve taken the tests many times and they tend to tell me I hit right in the middle of the Introvert-Extrovert scale. But just going based off of how I genuinely feel inside, while I’m not a huge fan of loud noises or big crowds, I definitely prefer being with people more than anything else, and truly don’t enjoy spending much time alone.)

This is a good thing, I think, because when I was younger, I was terribly shy and introverted, and I think it lead to a lot of general unhappiness and difficulty making friends/enjoying life (which is arguably the most important thing to do in your youth).

The catch, it seems, is that while I’m definitely better and happier when it comes to reaching out and making connections, I’ve also developed some less-than-desirable habits that came along with my apparent personality overhaul.

These five bad work-related habits are things I’ve noticed myself fall victim to time and again as an extroverted gal — complete with a few lil tips on how I try to combat them.

1. Not following through with projects.

This one is especially difficult, because “extrovert” doesn’t necessarily mean “easily distracted and generally chaotic” But the thing is, a person who gets most of their happiness from being around others is definitely more quick to jump at opportunities to leave the quiet, solitary spaces that allow you to easily and effectively get work done (i.e. your office, bedroom, workshop, etc.), and out into the world where you can socialize and spend time with others. While collaborative projects might be a breeze for you, finishing the term paper you need to write for class, or the big presentation you have to give to your boss on Monday, or the article with the creeping deadline that you’ve hardly written a sentence of may fall aside to make way for the things you generally desire more (even when they’re not the ones you have to do).

2. Getting a little too social-media-happy.

A desire to connect often leads to a desire to put any and all information out that may invite in more connection, whether it be through possibly forming a new friendship, or just racking up ~insta likes~. Extroverts in general are totally cool with getting a good amount of attention, and many actually live for the spotlight. Social media is a good way for us to get out every little thought that we wish we were sharing with someone (even when we don’t have the opportunity to, or shouldn’t have the opportunity to). This, of course, can lead to issues with oversharing, especially of work-related information, or information that can make you look bad to a boss, coworker, or potential employer. I often have to tell myself to eliminate some rather colorful language before sending out a tweet, lest I miss out on an opportunity in the future because a potential employer saw something wacky that I felt the desperate need to say on the web.

3. Giving in to the temptation to socialize rather than work.

This one kills me, especially because I’m a person who works from home for one of my jobs, and the lack of socialization that comes with a work-from-home life makes an extroverted little soul like mine go insane. I often have thoughts such as, “I’ll go to Starbucks to work, so I can be surrounded by people!”, or, “I’ll go to my boyfriend’s place and work with him!”. Which are great ideas in theory, but I actually just end up getting so amped that I’m hanging near people that I get distracted from my work.

I’ve realized that my love of people means that I can’t actually expect myself to accomplish a ton in the presence of others (unless, of course, we’re collaborating and working on some sort of project together). Knowing this little fact about myself helps to keep me out of situations where I know I’ll get distracted when I have a project deadline looming.

Something people may not realize about extroverts is that their desire for connection with people often leads them to a place where they’re willing to do nearly anything to make or maintain that connection. I know I hate more than anything being in a situation where I’ve upset or disappointed someone, or being in a setting where no one “likes” me on a very personal level (like in a work or class setting, where some people are just peers or coworkers, but not necessarily “friends”). I know I will go out of my way during these times to people-please in an attempt to make friends or connect with the people I’m working with. However, this sometimes leads to undesirable situations. For example, I’ll often offer to help a classmate out with an assignment they’re struggling with, hoping it’ll lead to some sort of connection between the two of us. But sometimes, it ends with me just doing their assignment for them, and that’s the end of it. People who pure in their desire for human connection can be easy to take advantage of if they aren’t aware of it. It has happened to me, and I do a lot now to make sure it doesn’t happen anymore.

My tendency as a ridiculously type-A student, and an outgoing, extroverted type is to pioneer group projects and take the “lead role” the second they are assigned. Although I perceive my willingness to take charge as very helpful and friendly, other sometimes see it as being bossy or domineering. I work really hard to tone my enthusiasm back in these types of situations, and let others take charge rather than following my extroverted urge to jump up and be the leader of the pack.

Example: I pioneered the absolute fuck out of a 20-page paper I had due with a group this week, writing 17 pages of it on my own and emailing them the nearly-final product. I thought I was doing them a favor (re: obsessive people pleasing), but my boyfriend mentioned to me that they probably wanted a little space and time to make sense of the project themselves and work on it without me excitedly taking control. I need to actively pay attention to how I react in these types of situations, and make sure I maintain some chill rather than becoming a project-robot and letting my voice be the only one that is heard.