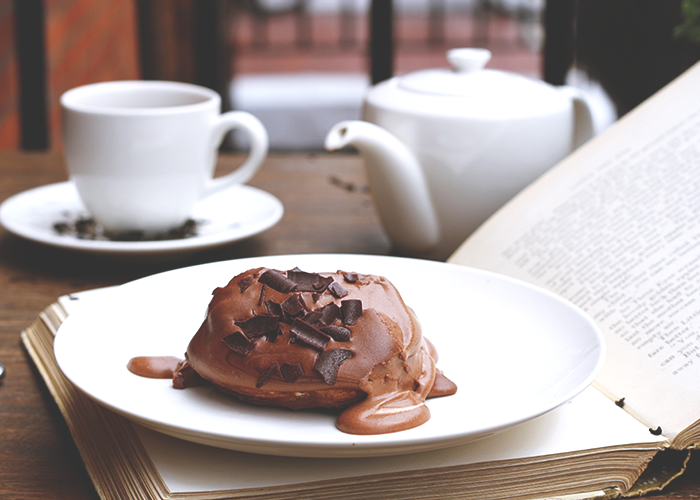 Tell me if this sounds familiar:

Get a text alert from your bank saying your checking account balance is low. Disable text alerts. Ignore your bank account for the remaining three days before you get paid. Pay for everything with your credit card, like you’ve already been doing this month. Get your paycheck. Pay your rent on the last day of your grace period. Breathe a sigh of relief. Order yourself dinner. Say no to going to a concert that weekend; you don’t want to get into the same situation again this month. Go to a bookstore and drop $30 on two new paperbacks instead. Do something proactive, and download Digit so you can start saving money without trying. Get the month’s second paycheck. Pay off your credit card bill from last month, which is almost as much as your paycheck. Ignore your bank account for the next week. Ignore texts from your mom asking how you’re doing. Notice your balance is low when you go to take cash from an ATM while out with friends. Immediately transfer everything you’ve saved through Digit back into your checking account, which will take a day or two to process. Pay for the evening with your credit card instead…

I don’t know about you, but for my first year or two out of college, this was how I handled (or, rather, didn’t handle) money. My methods for dealing with money stress included only ever looking at my bank account balance on payday, and dealing with a credit card bill each month that was somehow way more than I’d anticipated. Because each time I knew I was getting low on funds, I would just start using my credit card. I wouldn’t swipe it with total abandon, but I wasn’t exactly smart with it, either. And then all of my “leftover” money would then go to paying off my credit card bill the next month. I had no idea where my money was going, but I also avoided figuring that out like the plague. I was constantly riddled with anxiety about the possibility of not having enough money the next month. I’m still paying for how poorly I handled my money. (And don’t even get me started on when I went full-time freelance, and had to figure out how to save for taxes.)

These days, I am much more on top of my finances, but that doesn’t mean I’m immune to feeling money stress. It’s just that the stress comes from different sources now. For example, I have a goal to fully flesh out my emergency fund this year. I want to have it built up so that I don’t have to contribute to it anymore, and can instead focus on retirement contributions and saving for “fun.” I’m a healthy 25-year-old, but that doesn’t mean I don’t need an emergency fund. And frankly, in order to reach that goal, I’m already behind, which sometimes can be demotivating enough that I nearly want to give up altogether.

But I can at least have the peace of mind knowing that I’m better off than I was two years ago, or even last year. I have a system in place for saving money for taxes and my other goals, and so far, I haven’t failed completely. I think I owe a lot of that to how I now handle money stress. Here are some things I do whenever I’m feeling anxious about money, all of which are more productive than completely ignoring my bank account.

I’ve heard actors say that their “vacation time” is when they actually have a job, and I think there’s so much truth to that. If you are any kind of freelancer or independent contractor, you’re in charge of getting yourself jobs all the time — it’s only when you have steady work that you can actually relax. When I’m feeling stressed about money, I know it can’t hurt to make some more of it. So, one of the first things I do is log in to Upwork, or reach out to a few contacts, and try to land a new assignment. Even if the first thing I find is something that doesn’t pay particularly well, it feels way better to have something to do that’s earning me at least a little money.

2. Do something I’ve been putting off.

Of course, since I spend so much of my time freelancing, there is always something I should or could be doing. Stress used to cause me to procrastinate to an extreme, but now I use it as a motivator to get something done. This could be an article I’ve been putting off writing, or even something I’m not being paid for, like returning my edits on a friend’s grad school admission essay. Doing something productive for myself puts me a little more at ease, and doing something productive for someone else makes me feel valued — both of which are important when dealing with my finances.

3. Look at my savings progress.

Aka, focus on the positives. I use apps like Digit and Qapital, and thankfully I don’t have to constantly withdraw from them the way I used to. And because they’re hidden online accounts that are separate from my checking account, I have to go out of my way (okay…log into each app) to check in on them. So when I’m feeling a little stressed, I log in to remind myself that I do have savings, and they’re way ahead of what I had a year ago.

4. Invite a friend to co-work.

I’m lucky to have a few friends in my city who also work remotely. I like working home by myself most of the time, but sometimes I just need a change of scenery. Plus, I find that occasionally working around people, even if you aren’t working on the same thing or for the same company, can be a great boost for productivity. It’s good for my emotional well-being to get some socializing in, too. We’ll usually go to a neighborhood coffee shop, though if I really want to avoid spending money, I’ll ask a friend to work alongside me at the library.

I’ll treat myself to some time wherein I don’t think about money — just not for days at a time. I’ll do something that’s just for me, like take a walk, do some at-home yoga, or even just take a nap. It feels indulgent enough to take my mind off my money issue for a bit, which helps give me some clarity in regards to the bigger picture. Because I am doing okay, and taking some time to remind myself of that is important.

6. Rework my budget for next month.

One of the things I hate most about Mint is that my over-budget categories become a glaring shade of red whenever I log in, even if I’m literally $1 over budget. But it’s also one of the my favorite things about it, because it annoys me enough to motivate me to not go over budget. So if I’m feeling stressed, I choose to embrace the red rather than avoid logging in to see it. I decide to proactively get myself in better financial shape next month, which means I take a good hard look at my spending. I decide where I could or should have cut back this month, and where I can make up for it next month. And then, hopefully, that’s what I do.