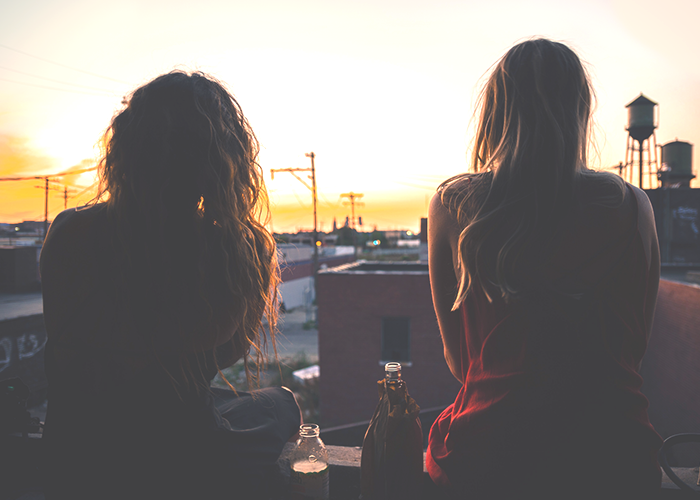 Roommates are funny; they know you and your quirks better than most, but in many cases, the closeness is a matter of convenience, not of love. There is a part of me, I know, that still warms to every roommate I’ve had. But when they did things I didn’t like, it bothered me more than with other friends: not just because they were nearby, or because the activity itself was annoying, but because we were somehow linked, bonded by sharing a kitchen and a living room and a bathroom.

One of the hardest things to deal with in a roommate relationship is money — we aren’t even good at talking about money with our nearest and dearest. How is tackling such a sensitive topic going to be easier with someone who may be a near-stranger? Here are six roommate experiences — some good, some bad — I’ve had, and the lessons they taught me about money.

This was a youthful mistake on my part; I assumed that people paid attention to their outstanding payments, or checks that had yet to clear from their accounts. I didn’t think my (terrible) habit of not getting to the bank to deposit roommate #1’s rent check right away and write our landlord the combined check was so bad. She eventually took to giving me the 300-dollar rent for her bedroom in cash, mostly to show me that she didn’t appreciate not knowing how much she had in her account. While it’s true that keeping track of outstanding payments would have helped her, I also owed my roommate the courtesy of prompt depositing.

Roommate 2: A tablet has very different values in different hands.

I once won an iPad

in a raffle — I know, when does that ever happen? The issue was that I had a small laptop that functioned just as well, and I really had no need for the iPad. For me, it had no value at all; if I had made a real effort, though, I probably could have gotten $400 for it at the time, even open from the box. Roommate #2 started whining most days about how much she wanted an iPad, and how much she didn’t want to fork over the money to buy one, and eventually I just asked if she’d like mine for 220 bucks. She was genuinely surprised; she’d seriously just been whining, not hinting. It didn’t occur to her that I’d be willing to sell something that she so highly prized for so cheap. I have since then tried to pay attention to where there is relative value in things. I got $220 and a really happy roommate, which was well worth not having to go out and find a buyer for a higher price. After all, I wasn’t supposed to have an iPad in the first place — it was all gravy!

Roommate 3: Upbringing shapes generosity, but so do circumstances.

I walked out of a restaurant with #3 and a box of leftovers once. We passed a person experiencing homelessness who was asking for any leftover food outside the restaurant. I am an awkward person, so I moved on like most people would, but I told my roommate afterwards that I wished I had given him my food. She looked at me like I was crazy, and asked incredulously, “What, are you rich?” At the time, I felt like I was just more generous than she was, but in hindsight, I realize that her impulse to save her leftover food, and thus have another meal accounted for, was way more appropriate to our college lifestyle. I was in a lucky spot where scholarships made me not worry so much about money. I think we’d both been seeing each other in a different light because of assumptions we’d made about each other.

This one isn’t a single instance, but rather a characteristic. Another roommate (not one listed here) and I noticed that #4 never chipped in for gas when she got rides place, no matter how far away. And, since she didn’t have a car, she got rides all the time. We weren’t mature about it, and didn’t just ask for gas money outright or communicate well. But we would keep mental track whenever she didn’t offer to pay anything, even if she was in the car while we were getting gas. This experience — a youthful silliness that probably could have been solved in 30 seconds if we said, “Hey, can you chip in for gas?” — is a great example of how we just don’t know how to talk about money. Those of us with enough might offer gas money when we don’t have to, and those without enough might fear being judged when they ask for it. It’s a dumb way to live, and I don’t want to do it ever again.

Roommate 5: Don’t assume life is easy for the well-off.

This roommate became a very close friend. Through all my interactions with her, I realized that she was not only beautiful and smart, but also quite well-to-do, with a successful and kind family around her. I didn’t resent any of that, but in my more difficult moments, I would assume she couldn’t relate whatever hardship I was going through. I now bet she felt like I didn’t take her seriously at times. Luckily, I wasn’t too awful for our friendship to grow, because she eventually shared with me a major family tragedy that had been affecting her and her family for years. She taught me that having enough money is one way people can be privileged, but it’s not enough to make all of life easy.

Roommate 6: Some people justify stealing, and no one defines it the same way.

I’ve been raised to think that a lot of things are stealing. But I’ve had roommates who didn’t exactly share these views. The common ones were things like downloading music and TV on the internet; I still maintain these are stealing, but I can see how people see them as too mainstream to be unethical to “steal.” The most extreme I’ve seen was roommate #6, who I saw sneak glassware from a bar into her purse, and when I asked why, she said, “Because the beer was too expensive.” I don’t know if that fits with Robin Hood’s ideals, even if the beer did cost a lot. #6, as well as others, taught me that, while it’s important to know what lines I’m willing to cross, it’s also important to know how I am going to react in a situation where I’m confronted with values totally different from mine. I could lose a potential friendship over something small that is ultimately their responsibility, not my own.

Lisa M. prefers to use a pen name.