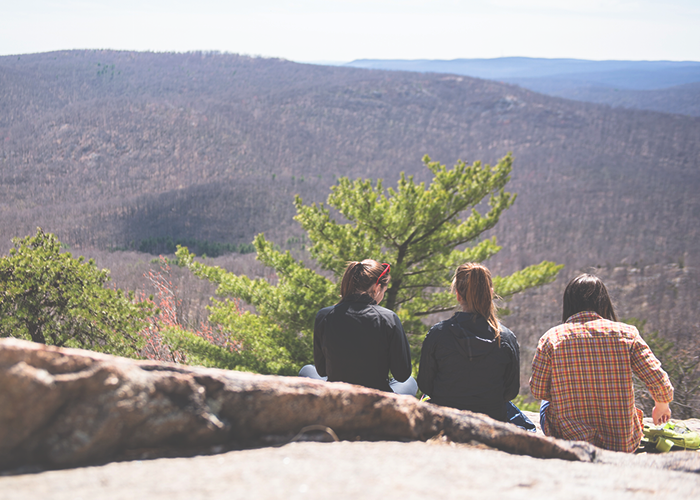 Do you have that one friend who constantly accepts being treated by someone else, but almost never returns the favor? Maybe…you are that friend. Or, maybe you’re the person who earns the most in your friend group. That’s awesome for you, but if your suggestions for activities with friends are things only you are able to afford, that will certainly get old for everyone else.

There are many ways to be a financial burden in your friendships, relationship, or family, and they extend far beyond how much money you do or don’t make. I can’t tell you how many times I’ve felt like a financial burden. Usually, it’s because I realize I can’t afford something too late, or get annoyed if I end up paying more than my fair share for a dinner out. Sometimes my anxiety takes over, and I get crankier than I want to be, because in the moment, it feels like I’m getting financially off-track. It’s not a good feeling — I hate being the one person who insists on splitting the check into what we each exactly paid for, because a) it’s never that much of a difference, b) it will all come out in the wash eventually, and c) I truly hate being the one who has to do that check-dividing math. (You might disagree with me, and think people should only ever pay for exactly their portion, which is a totally fair opinion.)

Of course, feeling like a financial burden and being one are two different things. Mixing friends (or relationships) and money is not something that comes naturally to most people. I still find it hard to say no to something I can’t afford, especially if it’s something I would enjoy, and it’s being proposed by someone I care about. I’ve also had a few friends and acquaintances who have felt like financial burdens to me in their own ways — especially those who caused me to think I should be spending more money to be able to have fun. I firmly believe we could all stand to take a step back and assess how we can be better and more helpful, in all of our relationships, every once in a while. Here are a few signs that you might be a slight financial burden, each followed by a ~gentle~ suggestion or two to help you change your ways.

1. Your ideas for going out are always vetoed.

If a friend(s) is always shutting down your ideas for activities, or the bars or restaurants you suggest, there may be a reason behind it. Most people don’t love saying no to things, especially when that “no” is directed at someone they care about. But it’s also not fun to feel like the people in your life aren’t taking your money situation into account when thinking of ways you can spend time together — yet another reason to be honest with your friends about money. Be mindful of the other person’s position when making suggestions, especially if they earn less than you do, or have a lot of debt they’re trying to pay off, or even just trying to not spend money in the interest of saving up for something important.

2. A usually-generous friend has stopped offering to buy your drink.

While it’s more than fine to just let a friend treat you if they offer to, be considerate if and when you do accept something. They don’t have to pay for your coffee, dinner, movie ticket, or whatever it may be, even if they are the wealthier one in your relationship. If it gets to a point where you start to expect them to pay for everything just because they always offer to, that’s not a healthy place for your friendship — that’s taking advantage. If they suddenly stop offering to pay for you, when previously they were very generous, and their money situation has stayed the same, they probably started feeling taken for granted. A simple “thank you” goes a long way when someone else treats you — and if it’s well within your abilities to pick up the coffee or drink tab every once in a while for a friend who routinely picks up yours, that’s even better.

3. Friends stop accepting your offers to “treat” them.

On the other hand, if you are the one offering to get someone else a drink, don’t be a dick about it. Maybe you were expecting that you’d get this round, and they’d get the next one. After having been in that situation myself a few times, it does kind of suck when a friend isn’t perceptive about how you’ve maybe spent more on them (especially when you know your money situations are comparable). But you can’t offer to buy something and automatically expect your favor to be returned. Don’t say something passive aggressive every time you offer to pay for something. Instead, if they don’t offer to buy you a drink after you’ve gotten one of theirs, that’s okay — just don’t offer to get them one next time, if it feels like such a burden. Only offer your generosity when there are no strings attached.

“Generosity with strings is not generosity; It is a deal.” — Marya Mannes

4. Helpful friends or loved ones stop offering advice when you complain about money.

Complaining about life to friends and loved ones is a perfectly normal thing to do. It only becomes a burden when you are constantly complaining about the same thing without taking any action. If you solicit advice, you should attempt to take some of it (when the advice is sound, at least). Maybe you’re very vocal about how unhappy you are in your job situation and current salary, always talking about how you need to find something new. If a friend or family member offers you a resource — perhaps they’ll loop you in on an email with one of their contacts — recognize that they’re doing you a favor. They don’t want to see you unhappy, but if they see you are still complaining about the same thing without doing anything to fix it, including taking their advice, they’ll start to grow tired of it very quickly. So when you ask for advice, listen, and use it if it makes sense for you. And, as always, say thank you.

5. You back out of activities you’ve already said yes to.

I’m definitely guilty of this, and it’s always been due to wishful thinking — and a lack of foresight. Don’t say that you can go to a music festival or on a weekend trip if you aren’t going to be able to pay for it. Even if you can technically pay for it, but you realize later on that you don’t want to go badly enough to justify the expense, don’t say yes before you know you’ll definitely be able and willing to attend. Otherwise, your friend or loved one may get stuck with the financial burden of an unused ticket, which really sucks. On the other hand, I’ve more than once found myself paying for things I actually have no interest in, because I realized too late that I didn’t want to go, but felt bad leaving my friend out in the cold. (This was generally manifested in concert tickets to see bands I realized I just didn’t enjoy.) That sucks for everyone involved, because it meant that I was there and paying for it, but also probably being a grump. Seriously — no fun for anybody.

6. You are straight-up no longer invited to anything.

This is pretty extreme, and sometimes friendships do just naturally come to an end. But if you feel like you’ve suddenly been ousted and don’t know why, there’s probably a reason — and it might be one of the ones listed above. If that’s the case, think about your past behavior that may have caused it, or even ask your friends if something is up.

No one wants to deal with a financial burden of a friend, but no one wants to feel like they are one, either. It doesn’t matter what you can or can’t pay for; just be honest about your financial situation, and gracious when it’s appropriate. Know that passive aggression rarely solves anything. And remember that life is too short to be petty.