6 Things You Should Replace Regularly (& 4 That Might Really Last) 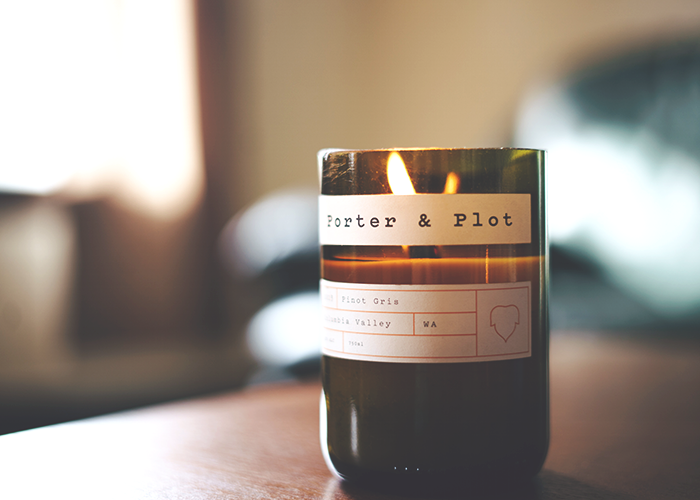 For some reason, I have this recurring nightmare that I run out of my eyebrow pencil

, and it is the last eyebrow pencil on earth. It is weird, it makes no sense, and I should probably see someone to talk about why this is my biggest fear.

But it also means that I’ve stocked up on eyebrow pencils. Which I guess isn’t that bad, because they do run out really quickly. I go through one in its entirety at least every two months. Come to think of it, that must be the reason I have the recurring nightmare. Of all the personal products I use, my eyebrow pencil is one of the only ones I really run out of. Most of my beauty and personal hygiene products seem to last forever. Most of them leave me wondering, years after purchase, if it is even safe for me to be using them. I’ve had the same bottle of cocoa butter

in my bedside drawer for like, four years. Is that safe?

In general, something we don’t talk enough about as a society is how often we should replace things, especially things that would last forever if we didn’t think to throw them away. From bras to bath towels to bottles of body lotion, I’m constantly wondering things like “how often should I clean this?” or “when should I just throw it the hell away?”

I’m the frugal-as-heck type to make things last as humanly possible so I won’t have to spend money on a new one, but even I have to admit that I cringe at the thought of going too long without replacing my pillowcases

, or the brushes I use to scrub my dirty dishes. I know that sometimes, spending the money to keep your life safe and sanitary (and to make sure all of your products are actually working as effectively as you’re paying for them to work) is better than being a penny pincher that gets a bacterial infection from a seven-year-old tube of mascara that they’re still scraping product out of somehow.

I decided to do a little research to see how often I should be replacing some of the things I find myself questioning most. The results were somewhat surprising — I found that a lot of things I have been hanging onto for months (or — yikes — years) should actually be replaced much more often. I also found a lot of things that I thankfully don’t need to worry about replacing, because they really will last for many years to come.

Here are six things you should truly be replacing regularly (as well as four things that really might last you forever).

Things you should probably replace:

You probably already knew this, and you hopefully already do this, but you should be replacing your toothbrush

every few months. This one has always felt harder for me than it actually should be. Unless there is noticeable damage to the bristles, I feel like it is perfectly fine to keep as long as you want. But considering the fact that its purpose to clean bacteria out of your mouth, you probably don’t want to be sticking it in there if it is full of old mouth bacteria.

This is another thing we definitely keep way longer than we should (and go longer than we should without properly cleaning). Sponges should be well cleaned and sanitized after basically every use, and replaced once a week at least. At very least, wash them in your dishwasher whenever you run it, and throw them away as soon as they start to smell funky.

3. Your pillows. (Or at least your pillowcases.)

Pillows are full of dead skin cells, dirt, and dust mites. The cases need to be cleaned often (every couple of weeks for sure, but if you’re a little extra like me, you’ll wash them once a week). Pillows themselves should be washed sometimes, too, and replaced a couple times a year as well. Bonus: pillows get too flat and squishy after a bit anyway, so replacing them will actually feel great.

Things like makeup and bath products do expire, but the truth is, most of them won’t really mess you up if you use them past the expiration date — they just might change in consistency or be less effective. However, when it comes to sunscreen, you should definitely be replacing it once it expires, considering the fact that sunscreen is basically purposeless if it is less effective than it needs to be. (The good news is, most sunscreens last at least a year or two, so you can re-use them for more than one summer until they expire if you don’t go through the whole bottle.)

These need to be replaced all the time. Seriously. Replace it once a month, or you’re basically rubbing yourself “clean” with bacteria.

You should replace most of your makeup often, but tbh, the really important one is mascara

. That stuff can pretty easily get in your eyeballs, so you want to make sure it isn’t going to hurt them. Things like lipstick and foundation should also be replaced, but they’re probably not capable of hurting you as badly — however, you should replace pretty much any makeup you use on your face if you have a cold sore.

Things that will last longer than you may think:

This stuff may get sticky and weird, but it doesn’t really become dangerous. Replace nail polish

when you feel like it isn’t working anymore. Some people swear by keeping it in the refrigerator to keep it smooth and easy to apply. This hypothesis has not yet been tested by me personally, but it may be worth a shot.

Assuming that you’re properly and regularly cleaning them (with clean sponges/brushes!) then you really don’t need to replace these until you feel like it. They don’t wear down too easily and are likely being cleaned after every use (unless you’re a savage who reuses dirty dishes, in which case, ????).

This could literally last you years — it may not moisturize as well after two years, but it won’t hurt you. (And in my experience, no, the cocoa butter I’ve had for four years isn’t really less effective — it still smells the same and feels the same on my skin.)

This is weird, but I’m a scented candle

addict, so I often find myself wondering if a) the candles I have stored and haven’t yet burned will lose their scent, or b) if older candles will “expire” or become dangerous in any way if kept too long (because you can never be too careful when it comes to something you’re literally going to set aflame). My research has shown me that yes, they might lose some of their scent or color if kept for many many years (or kept in direct sunlight), but no, they won’t become dangerous explosives. You can pretty much keep these until you burn through them.