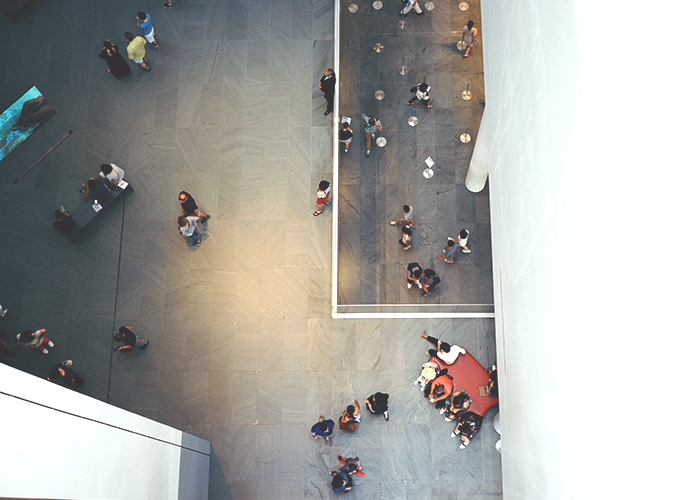 Despite being an all-around organized student, I somehow missed the boat when it came to career planning in undergrad at my Small East Coast Liberal Arts College. My college career started off with a group of 100 students known as “Febs” that took a gap semester together as freshmen. Our wacky timeline meant that we all were set to graduate a semester “late”; therefore, in the fall of senior year, we still had three full semesters (senior fall, senior spring, and “super-senior fall”) before we had to worry about The Professional World. If my friends on the normal schedule (so-called “regs”) started a conversation during senior year about their job and grad school plans for spring, I certainly didn’t pay attention.

So I was surprised as anyone when I walked into the registrar’s office for a quick checkup of my credits in March of senior year — and the registrar checked her computer and said, “You have 36 credits — Congrats, you’re finished!” I looked at her in shock. I had not intended, in any way shape or form, to graduate a semester early. Looking back on this situation, my only explanation is that my subconscious mind had been plotting my early escape. Being “finished” would mean graduating with the “regs,” the other seniors on the normal schedule who had spent the entire year being responsible adults at Career Service Office events. But there it was, the cold hard truth: like it or not, I was in the Real World.

My entry into the real world was slow and then built up momentum. In a state of post-grad shock, I maneuvered my way into a summer research position on campus (lol couldn’t leave campus just yet), then moved back to my hometown to make ends meet. First I got a mall job, then simultaneously worked as a paid grant writer at a large, fancy nonprofit. After working those two part-time jobs (exhausting, as anyone knows who’s done it), I finally got a real 9-to-5 in my field (Architectural History) at the City Government in my hometown. That’s where the real learning started. I quickly found out that the Professional World has no time to sit you down and make sure you’re properly filling out your vocab cards to keeping up with all the Adult Lingo. Here are a few more of the words/phrases one needs to know in order to look at ease in the Professional World, whether you’re in an office, babysitting, or starting your own Etsy shop.

I laugh and laugh at this particular Important Office Phrase, because it was used by the guy in our office who was a real guy’s-guy who made the office feel like a Men’s Club, which made me especially want to #LeanIn. He had the mahogany desk, signed baseballs and baseball bats in his office, etc. if you need a visual picture. This coworker oversaw real estate transactions in our office, so his role in staff meetings was usually to report on whether he or the other party in the transaction had done their “due diligence,” meaning getting the right numbers, like an appraisal, or legal info, like a title check. Sometimes my boss would ask the real estate guy for a visual of the “due diligence” in the form of a Word doc, pdf, or even a fancy printed and bound “report.” From what I can tell, the term is used often in real estate offices, law firms, CPA offices, and construction firms, but I’m sure it’s used in many other environments. Luckily, no one asked me if I had done the due diligence for my projects, but if someone had, I would have felt very important.

I know, I know: HOW COULD I NOT KNOW WHAT ENTRY-LEVEL MEANS? I probably knew what it meant on an intellectual level, like an SAT word, but I didn’t know what it meant in a “me” sense. Since I graduated a semester early, missing the vital career-services talks, I also missed the highly important concept of entry-level. A definition for those who are in the dark, like me: an entry-level job is one to which a person can reasonably apply with little or no experience in the field (usually at an “entry level salary” of somewhere in the $30,000-$40,000/yr range) OR a person who DOES have experience in the field can apply for a similar entry-level position with a higher salary (closer to $50,000/yr, even up to $100,000+ in the financial or tech industry). For instance, my good friend studied Art History in undergrad (yay liberal arts college), but got a job at a big-name Wall Street Bank thanks to a summer internship at that bank. After my initial confusion about the concept (aka my stint as a college grad working at the mall), I was able to get my first entry-level job also based on summer internship experience in that field.

Just kidding, I still don’t know what these are. I found that phrase on my college’s Career Services webpage in a fit of desperately trying to learn how to market myself post-graduation. When I saw the words “analytical skills,” a skill my college apparently thought I had but I couldn’t define for the life of me, I shut my computer, cried, and got a job at the mall.

This isn’t a word, but I don’t understand when people say they “applied to over 350 jobs” during their initial job searching frenzies. In my frenzy, I applied to four jobs (an assistant at a University, a social justice mico-lender, a real estate office, and a City Government office), and my consensus was that the application for each one was as labor-intensive as a college application. I’d spent an entire semester of high school working on college applications, yet suddenly in a few days I’m supposed to produce a cover letter, three recommendations, please upload your resume, write a paragraph explaining why you would like to work here, list your last five places of employment (EVEN THOUGH I JUST UPLOADED MY RESUME) and three references (whose current emails and phone numbers it took hours to confirm)?? To be honest, I found the whole process lonely and terrifying.

I never heard anyone say, in all four years of college, that applying to jobs could feel like applying to college all over again, proofreading and deadlines included. In the end, the job I got was thanks to a chain of coffee dates (aka “informational interviews”) with people in the field to which I was applying. One contact suggested another, and I followed up with each one professionally with thank-you notes and phone calls, until I had an interview with the person who offered me my City Government job. And that’s how I got my first job. Without 350 applications. (Seriously, HOW DO PEOPLE DO THAT?!!!)

In the Professional World, the word “Development” can mean different things depending on the field. I’ll offer three examples: first, in my field of Architectural History/Real Estate, a developer is the person who tears down buildings, builds new ones, or restores old buildings. Second, in the “tech/startup” world, it’s a Web Developer, someone who builds websites and apps (you can thank Uber, Tinder, Insta, etc). Third, in the nonprofit world, it means fundraising — a Director of Development completes fundraising drives. In my opinion, the honest job title is “Fundraiser.” Having been surrounded by architects and people in the construction industry, it blew my mind when people who weren’t in “my” industries said, “I’m in Development.” Now I know, and I laugh, because we all do different things and call them by the same name, and isn’t that funny.

Continuing on the theme of “one word, three jobs” is the job title “Designer.” First, when I see Designer, I think Fashion Designer, thanks to hours devouring TeenVogue as a high schooler. Second, Designer can also mean Graphic Designer, a job that works closely with a Web Developer/ Advertising/ Branding/ Marketing/ Communications. The thing that I’ve found funny about the title of Designer is that it can have both a very high-tech sense, like computer Graphic Design, and a very Etsy sense, like handmade greeting cards.

In my field of Architectural History, any number of people, from interior designers to urban planners to architects refer to themselves as “designers.” I have this weird pet peeve when architects are described in magazines or media as “designers” because they go through five or more years of school and a rigorous state licensing exam to get that Architect title, so to be called a Designer (a title with no state licensing required), in my opinion, just adds a level of confusion. But that’s just me and my OCD talking.

Bonus words!: The storm of vocab words (aka “benefits”) that come with some jobs (sadly not mine, ever). It took me two years post-college to even understand what these words meant. “Accrue” vacation hours? Sick leave? Vacation time? Benefits? Dictionary please!!!

Please include the words YOU found confusing when you started out in the Professional World! Make me feel less alone!

Isabel is an aspiring writer who blogs at www.isabel-howard.com and is an Architectural Historian by training. She gets really nervous about sharing financial stories but loves the feeling of community at TFD, so she does it anyway.