6 Ways My Laziness Cost Me Hundreds Of Dollars 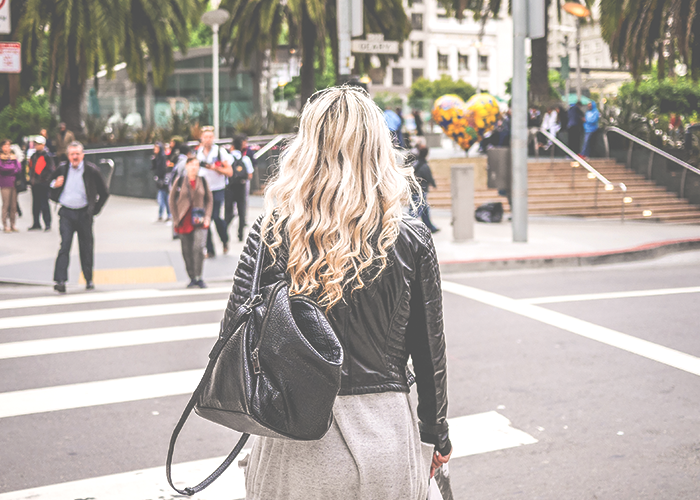 Today, I had a brief moment of horrifying panic when I tried to log into my online credit card account. I misplaced the card a few weeks ago, but I’ve been doing an excellent job at ignoring my Adult Responsibility to check the account activity and cancel the card to ensure that no one uses it. But today, upon finally going online to check and make sure there was no suspicious activity, I found that I was locked out of my account (or so I thought.) No matter how many times I typed in my username, it wouldn’t log me in. I panicked immediately, imagining the worst. Someone must have somehow gotten my card and found their way into my online account and changed the username and password. I felt nauseous and lightheaded until, somehow, Jesus took the wheel and my username suddenly worked. I logged in, checked my account activity, and thankfully found that no one had touched my card. (I must have been typing my password wrong. My bad.)

Although this was a false alarm, the fact that someone could have been swiping my card for the past three weeks without me paying any attention to it scared the shit out of me, and reminded me of all the other times I’ve allowed me deep laziness and forgetfulness to get in the way of being financially responsible. Sometimes, I get distracted. Sometimes, I’m just a complete idiot. I’m taking a vow to, from now on, write down all of the little annoying things I have to do (even the ones I really don’t want to do, like calling the credit card company), and making sure I do them immediately – especially the time-sensitive ones that could end up costing me more money the longer I wait.

1. I didn’t pay enough attention to my financial aid.

For the first two years that I was in school, I filled out FAFSA paperwork and was so confused about why I wasn’t really getting offered any financial aid. Last year, when money got tight to the point that continuing school felt nearly impossible, I looked deeper into the financial aid situation and realized I’d made a mistake. Apparently, there was one tiny piece of paperwork missing that was preventing me from getting awarded any student aid. And I didn’t notice, because I was too dumb to go searching for that fact for two years. I sent an email to the office and got it all straightened out, and have pretty much been getting my tuition covered entirely since then. I’m so happy I figured it out, but sometimes my mom says “just think – you could have been going for almost-free this entire time!” and I get a little salty about the fact that I was such a dummy before.

2. I was irresponsible as heck at the library.

I love the library. Well “loved” would probably be a more proper term at this point. Last summer, the library was my happy place. It was within walking distance, and chock-full of free books and movies (yassss) for me to entertain myself all day with. But then I decided to ruin everything and hoard a stack of books in my bedroom (and two in the glove department of my car) instead of driving 30 seconds down the road to return them. Every day I planned to return them, then got distracted and said “oh well, I’ll return them tomorrow!” But “tomorrow” ended up coming an entire year later, and after a certain point, instead of charging late fees by the day, the library just hits you with a sweet $15 fine per book. Multiply that by each of the books I shamefully returned a year later, and you’ll see why this is one of my dumbest financial decisions yet. I also am now low-key too embarrassed and ashamed to return to that library.

3. I couldn’t be bothered to call Uber and dispute a charge from them.

This was actually pretty recent, but apparently not recent enough for them to be able to reverse the charge. I called an Uber that canceled on me for no reason a few minutes after I summoned the guy. Apparently, even when the driver is the one who canceled, you still get charged. I don’t really understand and I should have called promptly and told them I wasn’t going to pay the $5 for that, but evidently I’m not really a fast thinker. I’ll let it slide this time, but if that ever happens again, mark my words – I will call.

I got an Amazon Prime membership two years ago to take advantage of the promo to get six months for free (and because I was trying to watch something on Instant Video). I intended on canceling it before the six-month trial expired, but I totally forgot, and two years later I am still the proud owner of a Prime membership. It comes in handy when I’m ordering textbooks

, but I hardly use it otherwise. The real killer is that I’ve been paying $100/year for a membership that is used exclusively by my mother, brother, best friend, and even a few guys I’ve dated.

5. I deposited money into the wrong account, then overdrew.

This is a really stupid one, but when I first got mobile banking and began depositing checks on my phone, I made the mistake of depositing a bunch of checks into my savings account rather than the checking account. I totally spaced and missed the option to select “checking” and didn’t realize my app defaulted to depositing to savings. I suppose it wasn’t terrible that extra money was being put into my savings account, but it was bad when I got slapped with two separate $35 overdraft fee for two separate $3 coffee shop transactions. This stupid and expensive mistake could have been avoided if I were one of those people who checks their bank account just to check it, which at the time, I most certainly was not. Never again.

I’ve mentioned before that I side-hustle on Poshmark selling old clothes in order to maintain my ~happenin’~ wardrobe. However, a few months ago I made a stupid mistake that ended up costing me a huge sale: I finally sold a pair of freaking Jeffrey Campbell boots (that had been sitting in my Posh closet with no bites for months) for $80, and FORGOT to ship them. The thing about Poshmark is that when you don’t ship in time, the buyer has the option of waiting for you to get your shit together, or canceling their order and moving on. Unfortunately for me (and for the buyer who never got her killer shoes), she canceled the order and decided not to repurchase. And I still have the shoes. Womp womp.