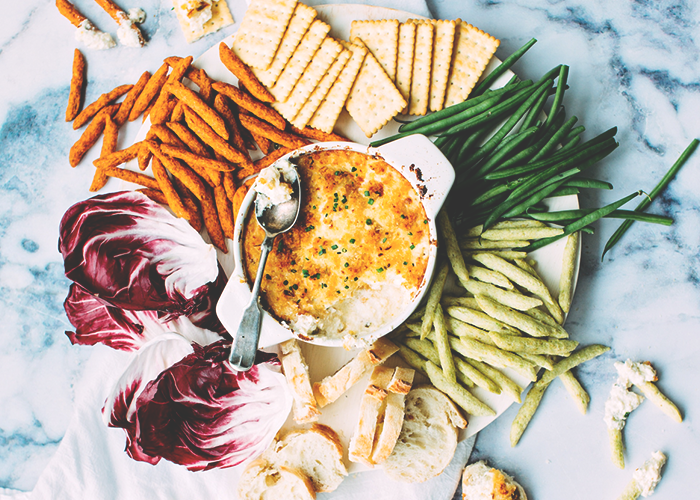 When we were out for Valentine’s Day, Peter and I were discussing how it had been a while since we had a “date night.” While we see each other almost every night, it was true that it had been a long time since we’d dressed up and gone out to dinner. We did that a lot more when we initially started dating, partially because that’s just kind of what we all think of as “dating,” and partially because we both really love going out to eat.

Of course, restaurant spending is almost always the biggest area I need to cut back on in my budget, regardless of whether or not I’m dating anyone. Thankfully, I have always loved spending nights in just as much as those out on the town. These aren’t always just a couple thing, either; I spend many nights in cooking and watching television with my roommates, or have a bunch of friends over to watch a silly reality show. I’m often thinking up new activities to do at home, which was borne out of necessity. My college years were the first time I realized how expensive it can be to “do things,” so my roommates and I started throwing potlucks and having game nights pretty regularly. Trying not to spend money forces you to get a little creative with your fun, which, in my opinion, makes it even better.

I like to think I’ve really upped my night-in game since the days of PBR-filled college potlucks. I, of course, have more financial wiggle room now than I did in college, but I also care more about my long-term money goals than I did back then. I think I spend even more time planning (or not planning, and throwing together at the last minute) fun nights in now than I ever did in college. Because unless you’re throwing a huge party and footing the entire bill, it’s almost always cheaper than a night out, and in my opinion, it’s sometimes a lot more fun.

Game nights are a super fun way to get a group of people together, which is something Peter and I tend to do every month or so. Even his birthday party last year was a game night, which, in my opinion, was a lot more successful than trying to get a bunch of people to come to some random bar. However, do not be bamboozled into thinking that games are to be saved for nights when you can get several people together. There are plenty of games that are perfect for two people. I got Peter a game called Dominion

for Christmas this past year, but it’s truly turned into a gift for both of us. (By which I mean, mostly me — boy do I like winning things.) There are also many different “versions” you can play in one box, so it doesn’t get old. Boggle

is also great for two people, and though I’m still not sold on it, a lot of people in my life love Ticket To Ride

. When we have bigger groups over, my favorites are Avalon

(which is basically inappropriate Uno — fun!).

2. Cooking the things you would otherwise order.

Allow me to get up on a lil soapbox for a second: homemade pizza is just as good, less expensive, super easy, and takes less time than having pizza delivered. If you just stick to the basics, you can easily feed a few people for less than $10. I will always stand behind Pillsbury’s pizza crust, because sometimes you just don’t need to mess with a good thing. Also, my favorite pizza topping is eggplant, which isn’t even an option at many pizza delivery places. Keep oregano and red pepper flakes on hand and serve it pizza-parlor style. Also, Peter has a pizza stone

that we use to cook it on at his place, though I think it’s a bit unnecessary — a cookie sheet

Since I work from home a lot of the time, I tend to spend many days in yoga pants or sweatpants — so much so that I call jeans and other pants “hard pants,” because they have buttons and structure and are, therefore, not as comfy. But putting on real clothes for a night in does have its benefits. It makes me feel more put-together, as if I am in the presence of company even when I’m not. Plus, I just sit up straighter, and eat my dinner in a chic-person-in-a-restaurant way.

I love binge-watching things as much as anyone (even though that term is downright awful in my opinion), but I do sometimes miss having to make sure you’re on the couch at a specific time in order to catch your favorite show. I’m not saying to get a cable subscription — my roommates and I finally cancelled ours last month, and my bill load is so much lighter already — but maybe consider setting aside a specific time each week to watch your favorite thing. And remember, you can always hook up an antenna (like this one

) to your TV, and get basic channels for free. I always invite people over to watch The Bachelor live, and it’s so much fun to have that to look forward to every Monday.

for the flame-averse, or fairy lights

always makes a room more romantic. But! Ambience does not have to be limited to romantic settings. They may be a little tacky, but I love turning on my colored Christmas lights

at random points during the year to make any evening feel festive. Also, I personally think dimmable LED bulbs

are worth the investment, especially because they last a long time!

Peter, my roommates and I are all participating in this reading challenge for the year. It’s a fun way to read some of the same books (though we’re not all picking the same ones each month) and to purposely read things I may not have otherwise. I’m already behind, but thankfully I’m almost done with my January book

, so hopefully I’ll be able to catch up over the next few weeks — especially because my February pick

seems quite TFD-appropriate. I have no real desire to pull a Tami Taylor and show up to a book club where women I don’t like end up just getting wine-drunk all night. However, reading along with or soon after someone else makes reading a more involved, social process, and one I truly enjoy.

Personal finance advice is often about delaying gratification — saving up for the things that are worth it and investing for retirement, for example. I try to practice this in more areas of my life as well. So even though I love The Great British Bake-Off, there are a few seasons I still haven’t caught up on, because I’m saving them up for a night or weekend spent in blissful marathon mode.

There are many ways to make any night at home more “special” — we made this awesome boozy hot cocoa last week, for instance — but these are the few that I put into practice most. 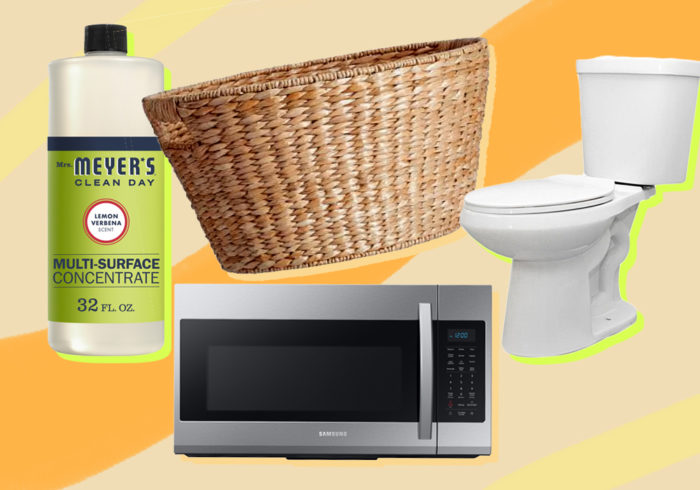 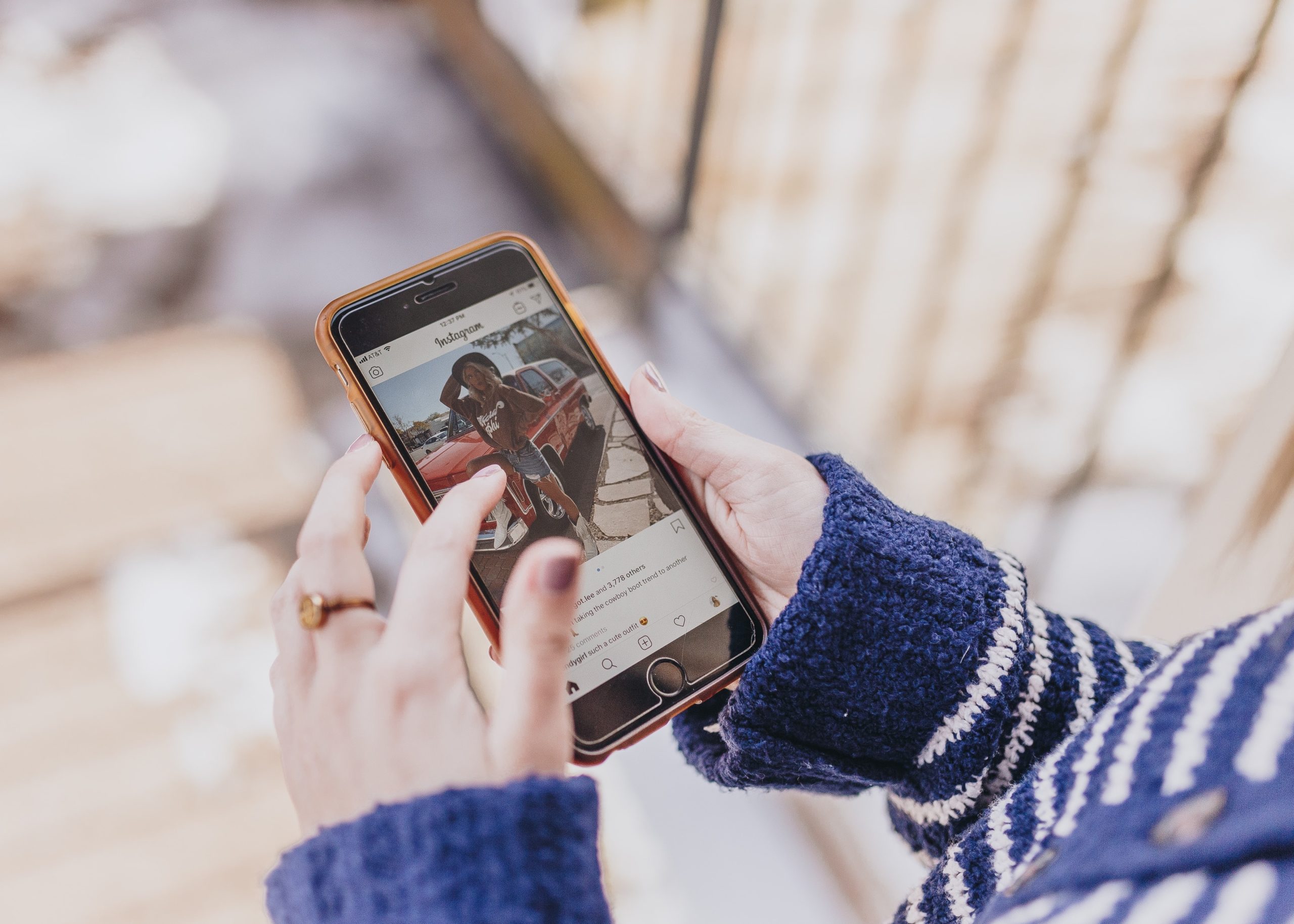