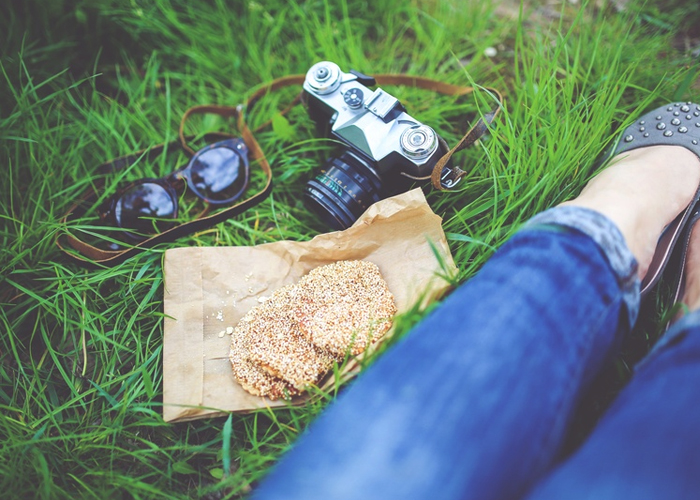 Living in LA in your 20s (or 30s or 40s) guarantees that you have at least one friend who works as an assistant in Hollywood. The first thing that always strikes me about my friends who work as assistants is that no matter how late I finished work (when I had a 9-5), they got off later than me. Happy hour doesn’t happen until 8 p.m., and that’s on a good day. While some of those friends make quite a bit more than I made at my entry-level job, some were paid closer to $12/hour. They aren’t always treated well and (from an outsider’s perspective) it seems a little like their bosses were put through hell as assistants, so they now feel no qualms putting their assistants through the same treatment to make them “pay their dues.”

Of course, this isn’t always the case. I also have friends in the industry who speak very highly of their superiors, and are treated and compensated more than fairly. It really is a mixed bag. The compilation below is a well-balanced mix of assistants from all over Hollywood. Some are assistants at talent agencies, some are production assistants and others were assistants from those fancy ~up and coming~ #KontentKreators in West Hollywood.

Here are seven Hollywood assistant horror stories that could turn anyone off of the “Hollywood dream”:

1. “I found out I was getting fired because my boss, who didn’t know her emails came to my computer too, set up an interview down the street with my replacement. I was at the job for 4 weeks, was struggling to get the hang of it, and a notification popped up on my computer with the subject line ‘assistant position.’

So I clicked on it to find an email chain recommending this girl for my position and setting a meeting down the street for later in the week. I confronted my boss about it the next morning, who to my surprise, didn’t fire me then and there. But I immediately started looking for other jobs and left two weeks later for a new gig, before I was replaced with no warning.”

2. “I was working on a big movie and I had to collect all the trash for the entire office (150+ people), take it downstairs in a freight elevator, load it onto a dolly, schlep it about 200 feet to the trash bay, fill three dumpsters, and drag them out onto the street every night. It was usually freezing cold, and I got a decent amount of trash juice on me. I have a newfound respect for janitors, needless to say.”

3. “I just had a pretty abusive boss that demeaned me to make herself feel better because she’d never made it in development (her preferred field). It was honestly emotionally abusive. One day, to make myself feel better, I watched The Devil Wears Prada and I’m now pretty convinced Anne Hathaway a whiny bitch. She didn’t have it bad at all. Come work in Hollywood.”

4. “For about a week my boss would stress out about meetings with clients that she didn’t want to see for arbitrary reasons. Before they would come into the office, she would ask me to tell them she had just stepped out while she went into her office and closed the door. So, I would tell that to the clients, and just after I did, she would come out looking delighted to see them and scold me in front of them for ‘either lying or being stupid’ since she was clearly in the office the entire time.”

5. “I’ve had to plan multiple personal vacations for a lot of my bosses. Like romantic Valentine’s Day retreat kind of things. That’s not even bad compared to what some people deal with, but it’s still way beyond the parameters of what my job should be.

6. “I was an assistant in Hollywood for a relatively new company making video content. It was a little disconcerting to me that when I was hired I was to be paid strictly by 10-99 (basically they give me an untaxed check at the end of each week). He paid me for the first two weeks, but soon said that it was easier for his accountant to pay everyone in the company monthly. All of the red flags had me a little scared, so I contacted his last assistant whose email was still in his inbox. She responded, as if we were in a horror movie, saying, ‘Get out of there.’

I came into work the next day, and no one was there. I called him and he told me to take the day off. He then called me the next day and told me we were ‘taking a hiatus.’ I asked him how long and he told me two weeks. At that time I began applying to new gigs in fear of being out of a job. When I asked him to pay me for the last month, which I had already worked, he told me that I’d get the money when I generated some business for the company. (Not a typical ask of an assistant!) After arguing with him, he told me that I wasn’t going to get the $2600 he owed me, even though he agreed I had done the work for it. He told me that getting a lawyer would exceed what I would get in return and that I needed to work harder at my next job. I am still owed $2600, and I doubt I’ll ever see it.”

7. “The last time I worked on a major film I had to do two 18-hour shifts in a row with only a 6 hour break in between. We were cleaning out our production space, which required a lot of manual labor. I started at 9:00 am, worked until 3:00 am and then I had to be in at 9:00 a.m. the next morning. I got paid over time, but I never got anything out of that job, and that’s one of the problems with being an assistant in Hollywood. You’re being overworked just to get your foot in the door and so often it’s not even leading you to what you really want to be doing.”

Maya is a writer in Los Angeles. She is on Twitter.