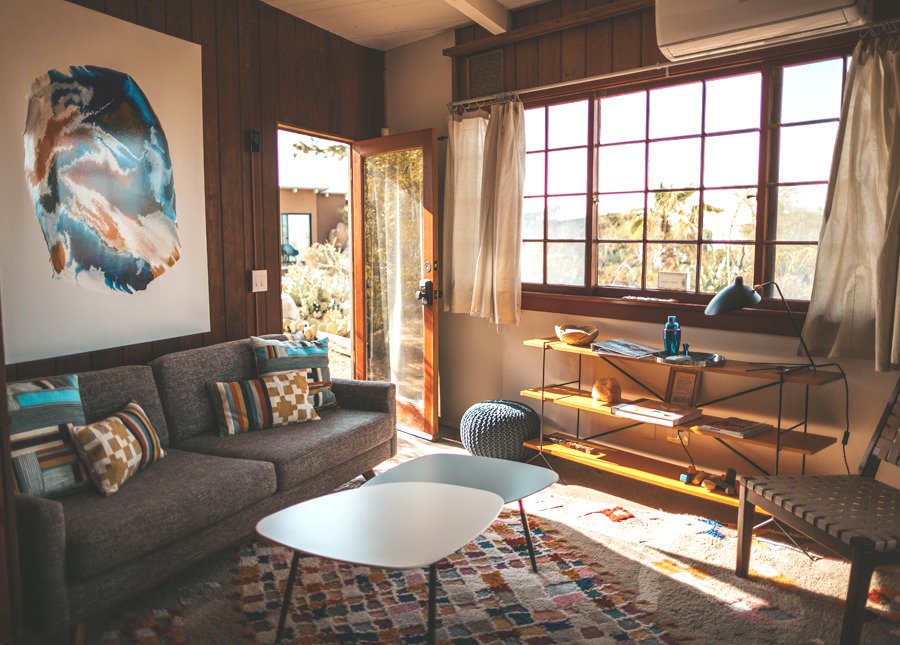 It’s easy to be a minimalist when it’s just you, but what happens when your partner is the opposite? When you’re living together for the first time, how do you merge households, get rid of extra junk while keeping everyone happy, and manage not to strangle each other in the process?

My husband wants to keep almost everything “just in case,” while I prefer an extreme version of “less is more.” When we first moved in together, it was definitely an adjustment for both of us. Neither of us had lived with a significant other before, and he’d never even shared a room with someone. Here’s what I learned in the process about combining households, choosing what to hold on to, and figuring out how to compromise on the essentials and give a little on the rest.

1. Decide what’s important to each person

There are undoubtedly things each of you feel strongly about and things that don’t mean as much. Identify those and move forward from there. I was adamant about buying nice new sheets and pillows when we first moved in together. The linens I had were cheap, girly stuff leftover from college that I wasn’t keen to keep. He had previously bought, as a joke, gold sateen sheets and about 20 pillows from the dollar bin. Sleeping on that getup was like sleeping in a static electricity machine. We chose new pillows and a sheet set in a color and fabric we could agree on, which made going to sleep each night in the same place all the nicer. On the other hand, I had a shag area rug my sister had passed down to me that he absolutely hated. I didn’t care either way, so I tossed it, and we happily lived with bare wood floors for several years.

2. Be practical about duplicate utilitarian items

We were merging two fully stocked apartments so we had a lot of duplicates, especially kitchen and bathroom stuff. We sat down and evaluated every single item we had two of to determine which version was better quality and less worn out. Some of his stuff made the cut, and some of mine did. In approaching these items with an eye toward quality instead of who it initially belonged to, we were able to be pragmatic about what it made sense to get rid of and what to keep. There were a few things we didn’t evaluate in this way (the avocado green food processor I’d gotten at an estate sale a few years prior was technically better quality than his immersion blender, but it was also about the size of a microwave, so we got rid of it for the sake of space), but for the most part, this approach worked well for sorting the functional items that neither of us was particularly emotional about.

3. Have a plan for castoffs

For some people, selling items on Craigslist or eBay will ease the pain of getting rid of them. For others, giving things to people who will use and treasure them makes saying goodbye easier. My husband’s younger brother, who was moving into an apartment for the first time ever, inherited a lot of what we didn’t need. This made it easier for my husband to say goodbye to items he was attached to, as they helped to furnish his brother’s new apartment. I sold a lot of superfluous stuff on Craigslist because it made me feel better to get a little extra money for perfectly useful items. Taking pictures before getting rid of stuff can also make the process easier, especially if you’re emotionally attached. Aunt Cecilia’s 6-foot-long dining table may need to go, but having a picture to remember it by can soften the blow.

Even a temporary one-in-one-out policy can help slow the tide of items coming into your home. It will help both partners set the expectation that the house is not just some magical, ever-expanding space, and that you need to be cognizant of bringing new stuff into it. We followed a one-in-one-out policy for about a year after we moved in together, especially in regard to clothing because of our extremely limited closet space. After a while, strict adherence to the rule wasn’t as necessary, but when we first moved in together it helped to have some rules in place at a time when it felt like we were drowning in stuff.

5. Time limits are your friend

Use time limits when you’re unpacking, when you’re going through stuff to get rid of or donate, and when you can’t decide what to do about an item or problem. If you haven’t unpacked a box for months and months, you probably don’t need whatever is in it. Set a limit on how long you will take to unpack, and make a rule that anything that doesn’t get sorted in that time gets donated, sold, or given away. Some people give themselves a year to use or wear something before they get rid of it, but for others, that’s too long or not long enough. I live in a 750-square-foot apartment, and six months seems to be about right, with the exception of camping equipment and formal wear. Everything else either gets put to use or purged. When you can’t decide what to do about something, sleep on it. Give yourself a few weeks or months to come up with a solution. Some people want to solve a storage or layout problem right away, while others are content to just live with it forever. If these two people are moving in together, their opposite approaches may drive the other person crazy. Having a time limit (i.e. “We are going to find a bathroom storage cabinet in six weeks or we are going to store the spare toilet paper under the bed”) will be helpful to both parties.

6. Not everything is a compromise

Even if you keep something for now, it might be easier for you to let go of it in the future. That’s okay; Rome wasn’t built in a day. You might both grow to like or dislike an item, a color scheme, or an entire aesthetic. When we were getting married and registered for a few kitchen item upgrades and household pieces, I wanted everything to be red. It’s my favorite color and I always pick it for my accessories. However, my husband talked me through the fact that it’s a pretty strong, vivid color, and while it might have been a good choice for a dorm room bedspread, it’s not the calmest shade of the rainbow, nor the easiest to match. Several years later, I’m very glad we didn’t get red bowls, plates, sheets, towels, and more. The muted colors we chose have aged much better. My decor tastes have definitely changed, and although I still love a pop of red umbrella on a rainy day, I’m glad my apartment isn’t awash in the hue.

In the end, people are far more important than things. Repeat this to yourself when you’re merging households with someone who has different opinions, preferences, and tendencies. An ugly rug or weird art is not worth losing sleep over, and it’s certainly not worth damaging a relationship for. Following the above steps and keeping this in mind will have you in cohabitation harmony in no time.