7 Inexpensive Things I Loved About Being Single 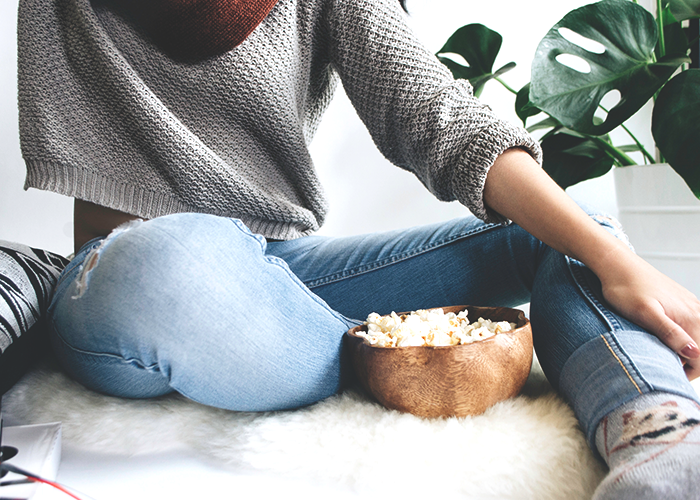 This is my first Valentine’s Day ever as a person in a relationship. I’ve never been the biggest fan of the day before, because I always saw it as more than a little contrived, and reinforcing of ~the patriarchy~. (Though, I did always appreciate the chocolates my mother would send me. If they were pity chocolates, I do not need to know.) And while I never felt particularly sorry for myself on Valentine’s Day, I do know that it is a little bit tougher walking around as a single person, and spending a whole day (and season) being inundated with the idea that a romantic relationship should be the most important thing to celebrate in your life — regardless of whether or not you actually want one. For many single people, relentless Valentine’s Day imagery can either serve to rub salt in the wound of desperately wanting to find love, or simply make you sick of seeing pink hearts everywhere.

In high school, a guy friend’s mom once said to me, “There’s nothing more fun than being single and having money.” That’s something that’s stuck with me for over a decade, and even though I have never been the one to have the most money, being an adult with an income and having only yourself to look after does have its perks. While it’s important to remember that you don’t have to be single in order to be independent, independence is a lot easier to figure out if you’re made to do it alone. I personally think being single for a large part of my life helped make me who I am.

So today, I’m standing in solidarity with the single girl I once was. Yes, I am celebrating Valentine’s Day this evening, red dress and all. I love love, and I don’t miss being single. (Especially the dating around part. Yikes.) But in a world that highly favors the coupled — especially those in heterosexual, cisgender, white couples (look at literally any stock photo site) — I still tend to take the side of the people who either can’t find or don’t want a socially-acceptable relationship. Plus, at times, being single was a lot of fun, and when I was single, I found tons of inexpensive ways to entertain myself. Here are some things that I just don’t do as often, and occasionally will miss, now that I’m no longer single.

I know this is an “unhealthy” habit, but I always used to find it so comforting to fall asleep while watching 30 Rock

for the umpteenth time. It is a lot harder to fit a laptop in a bed you’re sharing with another person, but in a bed by yourself, the laptop fits beautifully. Unless I’m in front of a TV or other sort of screen, it tends to take me a long time to fall asleep. I sometimes think I slept better when I was single, if only for the fact that there was a lot more background noise.

This is certainly something I still do from time to time, but it was a lot more fun to look at Tinder with my friends when both or all of us were looking for our next date. It was always fun to pick apart every last profile, and of course, help each other come up with what we should say in our text conversations. Having friends also on Tinder was the most fun thing about being on it — much more so than ~80% of the Tinder dates I went on.

3. Scoping out free shit to do.

I used to volunteer at Housing Works, a non-profit bookstore here in New York. I soon found out that not only were most of their events free, a lot of them also included free snacks and/or booze. Going to readings and events there is a great, cheap or free thing to do with friends, and a great way to meet people. Volunteering in general almost always leads to some free food (or at least a t-shirt), as was also the case with every single tutoring position I’ve ever held.

Most movie chains in New York have half-off ticket prices before noon, which is frankly a great deal. I love going to the movies by myself — and sneaking in my own snacks

, of course, which sometimes means a big piece of cake from Whole Foods — but only if I am almost alone in the theater. Morning movies, especially during the week, make this a lot more possible. I would totally still frequent them, but I don’t have  much time during the week anymore, and morning movies on the weekend just never seem to happen. But I can’t recommend them enough, if you live in a city where the theaters are actually open that early.

5. Taking long bouts of time without my phone on.

One day, a few years ago, I got off work at around 3:00 PM and decided to take the train from Midtown Manhattan all the way to Coney Island Beach — about an hour’s ride down, and an hour and a half back to my apartment. I turned my phone off the whole time, read, and walked on the beach (which was snowy and empty because it was January — my favorite way to be on any beach). I also used to take a lot more walks that included simply leaving my phone at home. There’s something nice about having no foreseeable plans, and not having to check in with anyone before you spontaneously decide to go do something. That could mean getting up early to just ride the Metro North upstate, or hopping on a MegaBus to visit a friend a few hours away, or just spending the entire day in a bookstore — all without having to tell anyone what you’re up to.

6. Eating the same thing over and over.

A weird thing about me is that I just don’t get sick of certain foods. So when I was eating most meals alone, and had no one else to take into consideration when meal-prepping, you bet I ate the Trader Joe’s turkey corndogs and Annie’s mac and cheese

as often as I wanted.

, and making linoleum prints, which are super easy — a linoleum cutter

, and you’re almost there. (Lino prints are an especially great DIY project, because you essentially make a big stamp, and can re-use it to make a print whenever you want!) While I still do these kinds of projects at holidays and such, I do find that I miss how much time I used to spend on them.