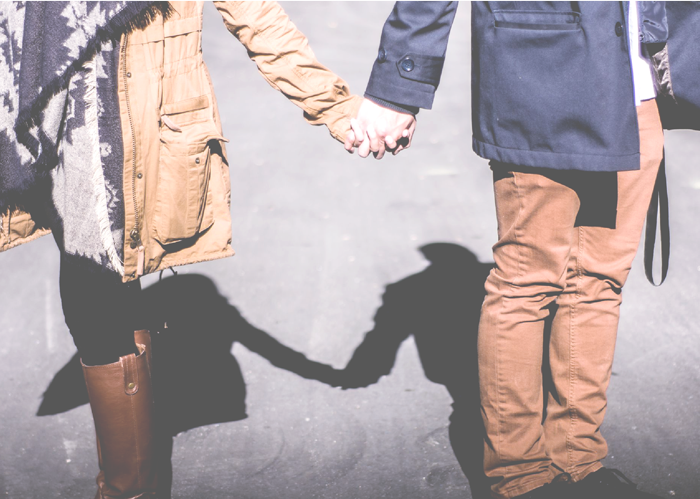 While my boyfriend and I don’t live together, I’ve always been particularly interested in how couples (married and unmarried) deal with the finances of the relationship once they move in together. If and when we take that step, I want to talk through the financial implications of it, and discuss how we would handle our living expenses, prior to moving in together, because, in my case, I think it’s better if we discuss expectations before living under the same roof. Of course, everyone has their own approach when it comes to cohabitation, and I cannot yet say which strategy seems preferable to me. On the one hand, I have grown up seeing the repercussions of merged finances when a marriage doesn’t work out (because my parents are divorced), and it makes me more hesitant to combine my financial life with someone else’s. But, on the other hand, how you go about sharing, or not sharing, finances when you move in together should really depend on the couple, and what their preferences are.

So, I wanted to give myself a better understanding of how couples who live together choose to deal with the finances of their relationship. I asked seven people who live with their significant others how their financial lives have changed since they started living together. Here are the results:

1. “My boyfriend and I are big on splitting things and keeping things pretty equal. We’ve lived together for a long time, and have each paid an equal share for all of our big purchases. It’s meant a lot of trips to Target and IKEA together and deciding on furniture as a couple and paying for it together. We’ve been living together for most of our 20s, so all of the stuff I own, that I’ve bought as an ‘adult,’ I really share with him. So if, God forbid, something happened and we broke up, we would have to decide who keeps the couch, who keeps the bed, etc. We just moved into a new, more expensive apartment, and it was the first place that I didn’t pay any of the security deposit. So again, if something happened, I think I would have to find a new living situation, not the other way around. Mostly, we split rent, utilities and groceries just like you would if you had a roommate, that’s no different for us.” — Laura, living with her partner for five years

2. “When we got married and first moved in together some of the least exciting but practical changes dealt with finances. First, we had to decide on roles — who would be in charge of paying rent and monthly bills? It was definitely an exercise in trust after being used to tackling the responsibilities independently. We also both became much more conscious of the money we spent, since now we have each other and our future family to think about. While we have more money now combined, we also have bigger long term plans to be thinking about.” — Alexander, living with his partner for eight months

3. “For me, the biggest change has been the fact that I no longer consider my purchases ‘just mine.’ While, yes, I have the freedom to buy and spend on whatever I want, I’m much less likely to go waste money on something I don’t need because I know that we are sharing our resources and goals, and the decisions I make will impact him. Even with the money that doesn’t go to shared bills/costs, I am more conservative than I was because I think it’s a sign of respect to be careful about how you spend when you’re in a relationship.” — Samantha, living with her partner for two years

4. “While living together has changed my life in a lot of positive ways, I would say that I’ve had to deal with one big financial drawback. When we first moved in together, I made more than my significant other, so I paid for more of our rent and covered all the utilities. However, I recently took a pay cut (I went out on my own for a film project) and my significant other makes more now, but we split things evenly. It has caused some awkwardness, just because we’re not sure how to navigate it. We aren’t sure if now she should pay more, or maybe pay me back for when I paid extra? It’s just hard to work around, and we need to get more comfortable about talking these things out.” — Tony, living with his partner for three years

5. “Living with my boyfriend means a lot of shared finances. He owns his own house so he’s technically my landlord, who I pay rent to. He understands I’m not bringing in a lot of money right now because I’m working my way through grad school, so the amount I pay isn’t anywhere near what the average person is paying for rent in our area. I wouldn’t feel right living rent free though, so I contribute what I can to his mortgage payment. I also pay for all the groceries…mostly because I’m not sure what our fridge would look like if I left the grocery shopping up to him. By living together, we definitely spend way less on going out to dinner and such compared to when we lived separately. We share all of our other expenses, such as utilities, cable, and Internet. I think by living together we encourage each other to live more frugally because we share bills. Like, I could buy that new top or I can pay for our heat. In my case, when I changed ‘my’ to ‘ours’ it made me think harder about what I’m spending my money on.” — Gabriela, living with her partner for three months

6. “My partner and I have a joint credit card, but still have separate finances, even though we’ve been living together for almost six years. We only use our joint credit card for things we do together, or items we’ve bought as a couple, and we each split the credit card balance. Obviously, if one of our financial situations were to change, the other would help pick up more of the credit card bill, or the rent, but for now we share both evenly. Because we aren’t married, we don’t feel like we need to merge all of our assets, but we are committed and consider each other life partners, so I think we will combine our finances in the near future, and definitely would do so before having kids.” — Geri, living with her partner for six years

7. “We live together, but we also live with two other roommates. Our relationship is still fairly new, so we don’t have a joint account yet. There are three bedrooms, but four people living in the house, and we split the rent four ways. We aren’t at the point yet where we are planning around the other person financially, and I like preserving that, even though I know I will be ready for it in the future. However, for now, we both like the freedom of using our own finances individually, without having to consult the other person. I think when we have our own place — just the two of us — we’ll take the first step toward merging our finances.” — Drew, living with his partner for almost one year