7 People On Their Best (& Worst) Budget Meals Ever 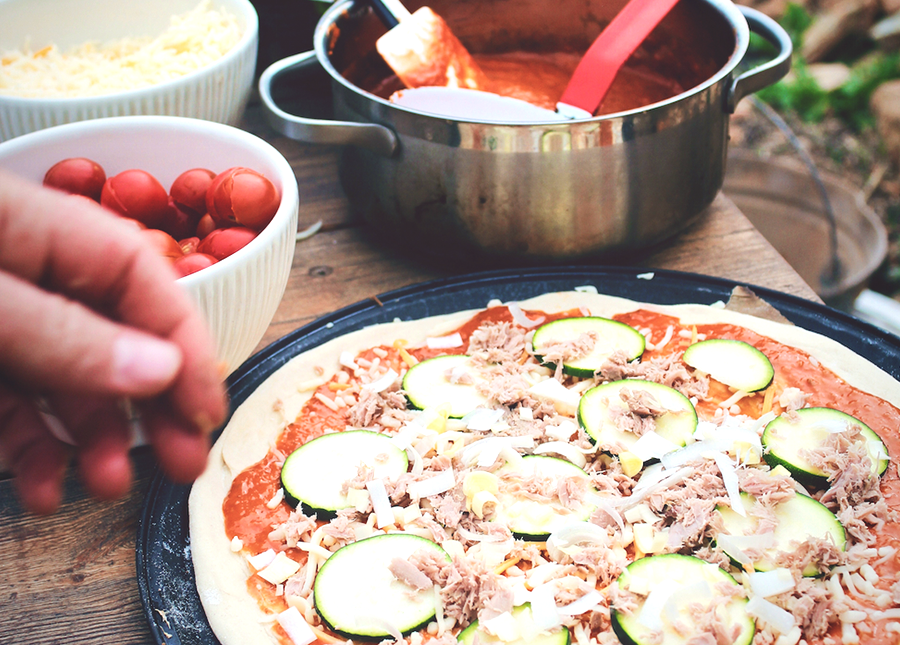 One of the biggest line items in my budget is — and has always been — food. But since it starts out so big, it’s also the line item I cut down on first, whenever I’m trying to save aggressively. This usually ends up meaning that, for a few days here or there, I end up turning to whatever’s left in my pantry for cheap dinner ideas: canned goods, rice, and whatever vegetables are on their last legs in the fridge/freezer. This has yielded both some great meals and some truly terrible ones — like the one time I ate just a sleeve of saltines and half a jar of salsa for dinner, or the time I had oatmeal boiled with maple syrup and water (which was, honestly, not that bad, but it was definitely not “dinner”).

But in addition to the not-great concoctions that have been the result of scrimping here and there, there are a few budget-friendly failsafes that keep me from the home equivalent of #saddesklunches: eggs scrambled with a little salsa and tucked into warmed corn tortillas, sun-ripened summer tomatoes on day-old sourdough from my local farmer’s market, or chickpeas and garlicky spinach braised in olive oil. And I know I’m not alone, so I thought it’d be fun to ask a few of the people in my life for their best- and worst-ever budget meals. If you’re asking yourself, “What should I eat for dinner tonight?”, here’s what they had to say!

1. “Best…oof. Um. Tacos? Black beans and garlic and homemade tortilla chips. It’s the homemade tortilla chips that make it! And they’re kind of cheaper? I just buy stale tortillas from the taqueria next to my office for, like $2 for a pack of 50, and then I quarter them and shallow fry them in a little olive oil — and then I sprinkle them with salt while they’re still hot. So good.

“Worst has to be the one time I tried to be the kind of person who is organized enough to food prep on Sundays, and I made this enormous batch of this kale salad with a lemony/sunbutter dressing, and it got increasingly more slimy over the course of the week, but I ate it anyway because the kale was so expensive. Ugh. Have not gotten kale again since.” – Sam

2. “Best — carbonara, always. Just parm, black pepper, a little butter, a little egg, but it’s literal magic. I eat it at least once a week. Worst meal was just refried beans out of the can, with Cheerios because I had no other grain to eat with them. I know.” – Hannah

3. “My favorite, always-have-it-in the house, go-to budget meal: chili with whatever canned beans I have, one of those huge cans of tomatoes, a couple chunks of carrot, and a ton of chili powder. The worst…oooh. Cereal soaked in water instead of milk. It was Cap’n Crunch.” – Ann

4. “I think there are two answers for best; the more general one is that I like to make recipes that remind me of home or make me feel cozy somehow, because then making them doesn’t feel stressful and eating them never feels unfulfilling. So for me, that’s matzo ball or avgolemono soup, vegetarian red beans and rice, literally anything with caramelized onions — and then my second, more straightforward answer is nachos! Black beans and chips are so, so cheap and those things are easy to dress up with anything on sale. Like adding fresh jalapeños on top makes me feel like the queen of health and gourmet eating.

“The worst though, I have to think about…omg one time my tomato sauce for my pasta had gone and I had no cheese (I know) or fresh veggies, so I literally just had pasta with lemon juice and pepper. I actually had that for two meals.” – Jenna

5. “Honestly, my best budget meal is always, always Annie’s mac and cheese with frozen peas stirred in at the end, and a little extra parmesan. My worst — this isn’t really a meal, but anytime I buy that cheap parmesan powder instead of real cheese, I regret it. I’ve wasted, like, three containers of that stuff because I just never use it.” – Chelsea

6. “Best: any combination of pasta and oil and some kind of cheese: from Kraft to spaghetti+parmesan. Worst was right after I’d moved, and all of my pantry things were still packed away; I had a baked potato with literally nothing on it except for a little soy sauce because I couldn’t find my salt.” – Liz

7. “Okay, so my favorite is steel cut oats (because I have them made for breakfast too, anyway), a fried egg, spinach sauteed in rice vinegar and soy sauce, and a sprinkle of nori flakes. I think I have just eaten a red pepper like an apple for lunch before…but I’m struggling to think of the worst!” – Charlotte

This post was originally published on June 20, 2018 and has since been updated.