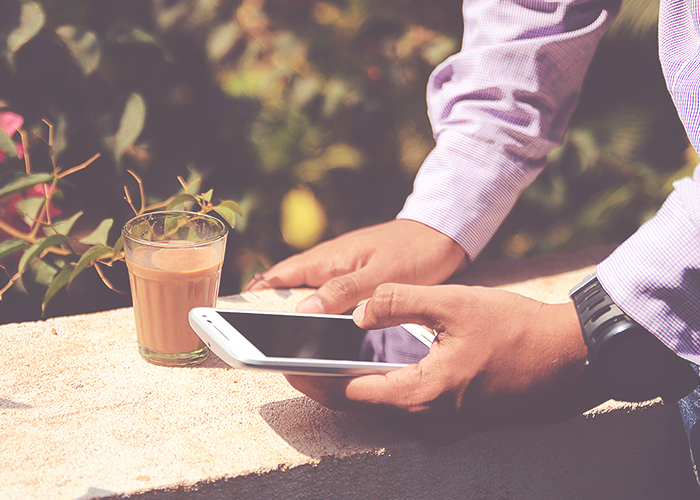 I’m fascinated by the contradictory nature of our most deeply engrained habits. For example: most of the professionally driven women I know cannot stop themselves from deflecting a compliment on their work or disowning the credit that they’re more than due. “Oh, I wasn’t even the project leader on that deal I closed, and I was basically panicking the whole time.” I should point out, before I go any further, that the only reason I have developed an awareness of this contradictory behavior because I have engaged in it myself. For years.

And — though men certainly have a socially-sanctioned and culturally-enforced habits that also chip away their well-being — I find this reciprocal cycle of over-achievement and self-denial is particularly prevalent amongst the women I know. I might go so far as to say it’s a behavior that’s internalized — on a mass level — by women alone. I’ve met one or two men who engage in this sort of systematic self-discrediting during the moments they most stand to benefit from positive recognition; every woman I’ve ever met has engaged in it.

And to be clear: I’m not arguing that this self-denial is an inherently female characteristic that we’re born into; I’m offering up the idea that self-denial is a learned behavior that entrenches itself and becomes second nature as women navigate the double binds, double standards, and catch-22s of the current professional, cultural, and political climate. *puts on Gloria Steinem glasses* *winks*

That’s why reading J. Money’s fourth pick of the week, “23 Ways to Treat Yourself Without Spending Money” by Sarah Von Bargen, really made my synapses fire. The author begins by listing her go-to treats: a block of Parmesan cheese, women’s beauty magazines, and not brushing her teeth before bed. Then she pauses to reflect on the self-denial couched within her “treat yourself” philosophy:

“In case you’re keeping track, exactly zero of those things are good for me…but here I sit, ‘rewarding’ myself with things that – if I’m not careful – will give me a stomachache, make me feel less-than,  and give me cavities.”

Wow. Same here, Von Bargen. What I love most about this article? Instead of dwelling in yet another level of self-denial (“I deny myself credit and constructive pleasure; I have no one but myself to blame for that, so now I will wrack myself with guilt”), Von Bargen immediately launches into 23 concrete ways that you can pull yourself out of a self-contradictory tailspin…for free.

I hope you enjoy the reads this week, TFD-ers. Stay feminist out there.

“A minimum viable home, an MVH, is a place you live, experience, and try out before filling with stuff. Then, as you need things, very intentionally and slowly, you acquire them.”

“No one is pointing out the sad truth that spending money on junk and fleeting amusements strengthens the bond between your debt and the job you dislike.”

4. 23 Ways to Treat Yourself Without Spending Money — Yes And Yes

5. What It Feels Like To Be a Multi-Millionaire — Millennial Money Man

“I’m in a semi-rare situation where I actually know multi-millionaires personally. So, I’m starting a new series on this site where I sit down with them and ask the questions that I’ve always wondered about.”

“What if, instead of trying to figure out how much money you have left to spend daily — for lots of different categories for the rest of the month — you only had to check one account to see how much money was in it.”

7. If You’re Good at Ignoring People, You’ll Be Good at Investing — Road To A Tesla

“Once you understand their motivation, it becomes easy to ignore their cries of panic. You realize it’s just a form of clickbait.”