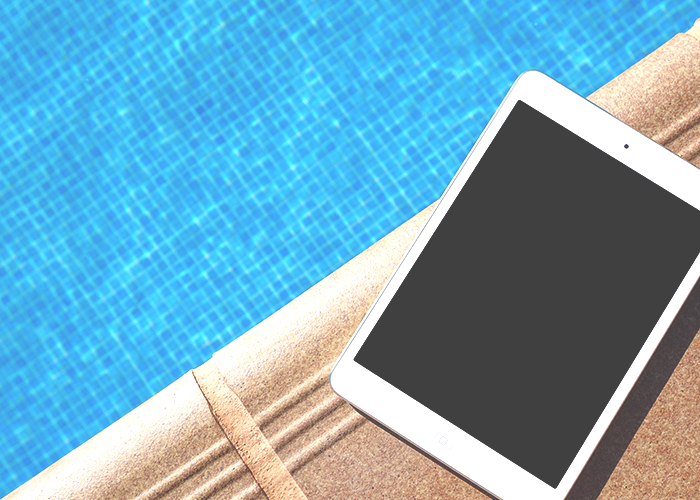 Yesterday in the TFD office, we were disparaging about the price of coffee. We’d just found out that a decent and rather sizable iced coffee at the diner on the corner cost less than $2 — easily half  what we’d pay for a small iced coffee at the “nice” shop around the corner. That’s not news to anyone, of course, particularly people who live in big cities like New York where it’s commonplace to become desensitized to the ever-inflating cost of living.

While I know ignoring these small purchases can easily kill my budget, I still find it super easy to drop $5 on a fancy beverage with alarming frequency. Big purchases, on the other hand, are another issue entirely. I’m still holding onto the laptop I got as a freshman in college because, even though it’s outdated and investing in one would actually benefit me professionally, the idea of dropping over $1000 at once makes me queasy. I could budget for it, but I haven’t. Another example of a stressful big purchase was when my boyfriend and I bought plane tickets for a big trip a few months ago, and I just let him take care of the transaction. The idea of Venmo-ing him whatever amount he told me was a much easier pill to swallow than actually typing in my credit card info to make such a big purchase, even though the same amount was going to be taken from my account regardless.

So yes, I have a fear of “wasting” money on big purchases, even though I have to consciously work at not wasting it in the small purchases of my day-to-day. That’s why I love J. Money’s pick from Broke Millennial, wherein the writer poses this question: how would you “waste” $500 to improve the quality of your life? Now, I’m not someone who has an extra $500 lying around, and if I did, I’d like to think I’d add it to my growing-but-miniscule retirement account. But if that were maxed out and I’d reached my emergency savings goal, what would I waste $500 on? Most likely a good weekly cleaning service so that I would never have to scrub my shower walls ever again.

What would you spend $500 to improve your quality of living? I’m curious, but I’m also looking for more creative ideas. Read on for more good advice on everything from working on the road to habits that are both healthy and wealth-building.

“If you’re a young person, remember $400 a month. That’s all that separates you from living paycheck-to-paycheck and building wealth.”

2. The One Habit That Leads To Wealth – Chris Reining

3. What No One Tells You About Living & Working On The Road – Cait Flanders

“Working for yourself is still a job -– and trying to work on the road is even harder than working at home. It’s not all rainbows, sunshine, beaches and hammocks.”

4. How I Gained Control Of My Finances & Became Debt-Free – MyBreadMoney

“[If] an outsider got a hold of your checkbook, can they draw the conclusion that your financial activities express care and ownership on your part?”

“Some people track their net worth, savings rate, or cash flow. Maybe we should start tracking our Monthly Nut Ratio?”

“Many people will eventually have an extra $500 a month by paying off debt or earning raises via traditional jobs or generating more income in freelance life…Will you be able to get your mind out of the intense frugality headspace in order to justify “wasting money” in order to improve your life?”

7. The Hidden Keyhole – The Micawber Principle