7 Rules For Surviving An Overpriced City 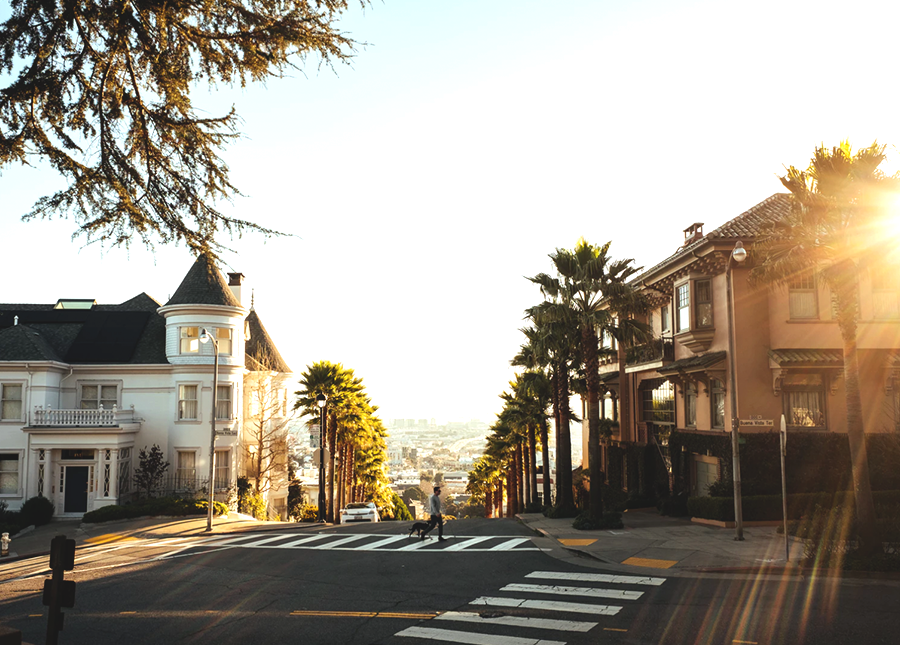 This post is brought to you in partnership with Metromile.

We get it. By living in San Francisco, Portland, Chicago, or even a minor metropolitan area, we’ve already made a poor choice, financially. For many of us, owning any property is a pipe dream, let alone the kind of sprawling homes that Facebook likes to let us know our high school acquaintances have bought in the ‘burbs. According to one recent report, the minimum income required to “live comfortably” in the top-five U.S. cities is more than $90,000 (!?), while the city where I live (Seattle) comes in just under this threshold at roughly $89k.

So why do we do it? I’d imagine it’s because there’s something about where we live — be it the culture, the diversity, the ability to advance in our careers, or the simple fact that it’s where our friends and family are — that make it worth it, despite everything. All we can do is embrace our foolish, idealistic lifestyles and constantly evaluate our options to make sure we’re making the smartest decisions for our lives. With that, we’ve teamed up with Metromile — a pay-per-mile insurance company designed for low mileage drivers — to bring you some of the best tips I’ve learned, re-learned, and am still learning for living well in an overpriced city.

1. Drop the illusion that “City” equals “Sex and the City”

Or Real Housewives, anything that has helped form the myth of sparkling, spirits-soaked glamour in your mind. There is nothing inherently connected about “living in a dense area” and “taking cabs everywhere so as not to scuff your Manolos,” though I’ve fallen victim to as many delusions of grandeur as the next person. But any time I get to a space where people of all ages and income levels hang out, I’m reminded how false the media-constructed illusions are, and how much more there is to a place than its “hottest” areas. There are so many easy ways to get out of the bubble of youth and privilege: hit up a less popular part of town, visit the library, hang out at parks, join a political organization, volunteer, take the bus to some random stop for fun. Basically anything to remind ourselves that life need not consist of method acting Carrie Bradshaw. Yes, it saves money. But more importantly, it’s a reality check that not everyone is out here posting selfies of themselves sipping Sauv Blanc three times a week, and that in many ways the less glamorous things to do are the most enjoyable and fulfilling.

2. Make sure you have the smartest possible transportation plan for your lifestyle

Transportation is so much bigger than just getting around. The amount we drive, bus, or cab can influence which jobs we accept, what neighborhoods we live in, and even how happy we are. (According to one study, if one spouse commutes longer than 45 minutes, a couple is 40% more likely to divorce.) The most important thing is to figure out what works for you. An area with higher rent could be worth it, both financially and emotionally, if you won’t need to commute as far. And if you do have a car, just make sure you’re aware of all your options when it comes to things like parking and insurance. For instance, my partner and I don’t drive that much, but when a friend of ours left town to work abroad for a few months, we decided to rent his car. Since we wouldn’t be driving much, we used Metromile rather than a pricey, traditional insurance plan. It calculates your fee based on how much you drive, so your monthly rate could be as low as $30-$50. It worked out really well for our needs, which is why I personally reached out to them to partner with us at TFD. Check it out here to get a free quote. Beyond insurance, you can also rent out your car, which Chelsea talks about it our recent video, or find a cheaper parking spot on sites like Spot Hero or Parklee.

3. Get your eating and drinking life in control (before it controls you)

This is clearly related to the SATC issue, but warrants its own point because it’s just so hard not to become a lowkey lush/glutton in the city. Case in point, I went on a double date the other night that included cheap sushi, a movie, and one round of drinks, and all combined it cost fifty dollars a person! Alas, proximity and convenience are often more powerful than reason. As long as eating and drinking remain my default social activity, and I live within spitting distance of fifteen bars, this will always be a challenge. Still, I have gotten a lot better, and all I can say is that the biggest tool is self-awareness. So if you struggle with this, you could ask yourself: is there a friend who frequently peer pressures you to go out? Maybe have an honest conversation with them about how you’re trying to cut back. Are you that person to your friends? If so, are there certain emotions (ie. stress, frustration, social anxiety) that lead you to cave? Are you frequently finding yourself staring forlornly at an empty fridge, and if so, could you fit a more regular grocery run into your week? The more you understand yourself, the easier it is to change your habits. Which brings me to my next point…

Call me boring but I love inviting people to run errands with me, or to take a workout class I’m already doing. As a recent illustration of this: a friend and I had been unsuccessfully trying to find a time to meet up for weeks, with failed attempts including a music festival and karaoke (both of which would’ve involved drinking and spending). Eventually she just looked at what I’d signed up for on ClassPass that week, which she could see because we’re “friends” in the app, and chose a class she could also do. While I never would’ve thought to do that, I was so grateful she had because it allowed us to catch up without requiring me to spend any more than I would’ve otherwise. While I pay  $35/month for ClassPass and wouldn’t say it’s the most affordable hobby, it’s certainly not a requirement for scheduling workout/errand dates.

5. Make your home your castle (as small and humble as it may be)

I’ve learned that, somewhat paradoxically, spending more on making my place comfy and fun helps me spend a lot less in the long run. For one, this means stocking the fridge with good food — including some unnecessary snacks and treats. I used to have a weird double standard wherein I was super strict and Spartan with myself at the grocery, but had no problem indulging in all manner of fried crap at restaurants. But having at least some goodies at home helps curb the urge to eat out (even if I sometimes have to hide them from myself on a high shelf). Second, after years of being TV-free (and not totally un-smug about that fact), I finally succumbed to the beloved American tradition of the home theater. We subscribe to Hulu and Netflix, and the total cost is roughly $10/month per person…also known as one cocktail in a bougie hotel bar.

6. Be ruthlessly honest about your living space priorities

Having moved seven times in my twenties, I’ve learned that one of the most helpful things is to make a list of all desired traits first and rank them in order of priority. For me, day-to-day convenience comes at the very top, which means that being close to public transit, cafes, my gym, and a grocery are more important than, say, a dishwasher. Another compromise I made for many years was living with roommates. I could never have afforded to live in the neighborhoods I did without them and again, that is my number-one thing. While some people have good reasons for living alone, I hope that no one reading this is feeling bad because they “still have roommates at 25” (or 30, or 35). That’s just such an unfair judgement to put on yourself and really, who cares? There is nothing shameful or embarrassing about needing to have roommates for financial reasons.

7. Don’t compare yourself to your non-urban acquaintances

Or, for that matter, your wealthier urban friends. We’re not doing ourselves any favors by lamenting that so-and-so just bought a house with a lush yard, or that someone else just had a celebrity-level wedding we could never afford. As city dwellers, the lives we chose are expensive, perhaps even downright foolish. But we chose them, and continue to choose them, for reasons that are important to us, and that’s all that matters. So next time you feel the envy of green grass or big, roomy cars creeping up on you, feel free to mute some people on Facebook, or just chill out on social media altogether for a while. Remember what it is that brought you to where you are, and dig into that. Take yourself on a drive (or walk, or bike ride) through your favorite part of the city, get a falafel or ice cream from a food truck, and go somewhere unique to that place like a museum or a pretty lookout spot.

At the end of the day, we’re always free to move out of our beloved overpriced cities (or at least to begin plotting our exits). It can be easy to forget that when you’ve committed to a dream, a career, or maybe even just “an idea of yourself”.  But as long as you choose to stay, there’s something in you that knows it’s worth it — sometimes you just need a little reminder of why.

More helpful articles on this topic: