7 Tips I Used To Go Vegan Without Going Broke 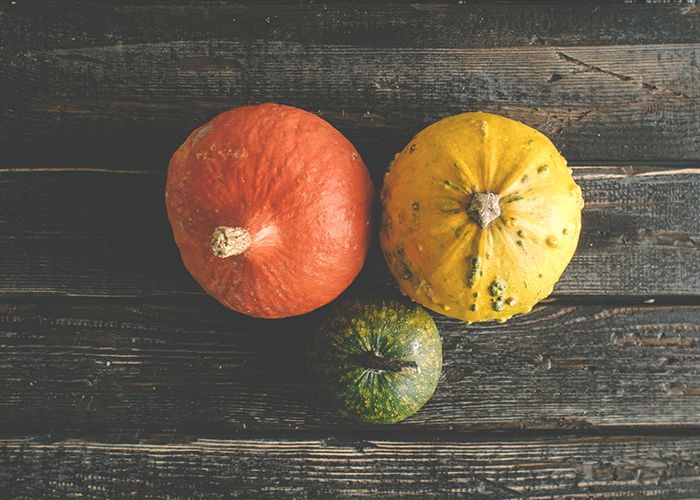 within five minutes of meeting you. It’s a pretty common joke, but I can’t help it! I am rather enthusiastic about being vegan (plus, I am always turning down offers of treats). I’ve never expected or asked my friends to go vegan, but I do try to set a really good example and show how beneficial and easy it really can be. One of the biggest hesitations I’ve noticed around veganism is that it is supposedly expensive. It can definitely seem that way, based on some of the popular depictions of veganism in mainstream and social media.

That said, a diet on a vegan lifestyle is no different than one on an omnivore lifestyle — the quality of food and variety of cuisine available to you may change, depending on your budget, but it’s possible. Before the comments flood in: Yes, I know that not everyone can go vegan. Don’t worry, I’m not going to “force” anyone to be vegan. But that doesn’t mean I can’t provide guidelines on how to make veganism or vegetarianism an easier transition for those who have been afraid to try!

Now, when I went vegan, I was a university graduate and employed full-time, albeit with a very pitiful salary, and living in a major city. So, my circumstances were specific to those factors. With that in mind, I’ve tried to formulate some bits of advice that don’t necessarily revolve around spending $X per week, but rather ones that are adaptable to various budgets.

Here are some elements you should consider if money is stopping you from going vegan:

Unless you have a soy allergy, tofu really can’t be beaten as a vegan source of protein. Tofu by itself is incredibly neutral, and adaptable to a number of flavors, textures, and cooking methods. This delightful little block of potential usually costs less than $2 for firm (extra-firm costs a bit more, but in my experience, there’s little difference) at a conventional grocery store, and when properly drained and pressed, it can be dry-fried into a crispy, tender treat that you can add to any salad (or eat on its own).

It’s easy to think that veganism is expensive, especially when it’s primarily associated with #cleaneating Instagram accounts where the blogger requires $20 worth of produce just to dress a smoothie bowl for a photo shoot. Look, we all know the truth about social influencers by now. It does not matter if your food looks good or not. Smoothie bowls are just smoothies

that are harder to eat, with twice the ingredients for you to buy, and buying a $2 bunch of cilantro literally just for the purpose of garnish is stupid.

3. Don’t fall for “super foods” and other health trends.

Many popular vegan voices focus not just on plant-based dieting but on “clean” eating lifestyles that involve minimal (to no) intake of processed foods, gluten, soy, or anything else deemed the Scary Food Of The Week (I hear corn is apparently a big threat because it’s “in everything”). They also promote foods that tend to be way more expensive, even if only slightly more nutritious. Kale is great, but spinach has most of what you need. Same goes for almond butter — yeah, it’s good for you, but peanut butter is fine (unless you’re allergic), and can be found in dollar stores. And, just in case you need to be reminded that gluten doesn’t come from an animal, well, it doesn’t, it’s not terrible for you if you’re not celiac, and seitan is a beautiful thing that will make your life better.

For the first year of my veganism, I found myself on a quest to find the perfect vegan cheese, before realizing that there’s no point in replacing cheese (which is ultimately just a topping) instead of just learning to accept life without cheese. The same goes for the Vegan Egg, which I found disappointing and not cost-effective. If you live in Toronto like me, you’ve probably heard of places like Hogtown Vegan (famous for its “unchicken” and waffles) or Doomie’s (of Vegan Big Mac fame), where a junk food meal doesn’t exactly come with a junk price tag (note: they’re not necessarily more expensive than non-vegan restaurants in their respective areas, but they’re still an expense). These novelties are great if you want to entertain your non-vegan friends, but making these purchases a regular occurrence will hurt you in the long run.

There are very few vegan alternatives you can’t buy at conventional grocery stores these days — plant milk and tofu are available almost everywhere, and many major grocery chains carry products like Earth Balance (a delicious vegan butter alternative) and Veganaise. Whenever I’m in the U.S., Target always gives me way more exciting vegan options than the U.S. Whole Foods. For my partner and I, most of our shopping is done at conventional and discount grocery stores, bulk stores and produce stands, with only occasional trips to specialty grocers. While vegan toiletry products can be a tad pricier than their non-vegan counterparts, brands such as Kiss My Face, Alba Botanicals and Pacifica hold a bit more of a reasonable price tag (and are increasingly found in standard stores).

There truly is no better comfort food, especially once the temperature dips. While making your own soup tends to be more cost-effective (especially because soup is so freezer-friendly), canned vegetable-based soup is also a decent option. You can also save even more by saving your veggie scraps in the freezer (think the end-knobs of onions, Brussels sprouts, carrots, etc.) and boiling them to make your own broth.

7. Don’t replace your old, non-vegan things until you actually have to.

This is a tendency that results from a combination of over-enthusiasm, love of shopping and, of course, guilt. Carrying around an old leather purse or continuing to use your bottle of Herbal Essences may make you feel like a fraud, but going out and buying another new purse (or bottle of shampoo) is wasteful of your own money, and also a big “fuck you” to the environment in most cases. Be patient, forgive yourself, and do what you can.

Bree Rody-Mantha is a business journalist and dance teacher living in Toronto. In her spare time, she enjoys sport climbing, lifting, and running the vegan food blog Urban Garlic.