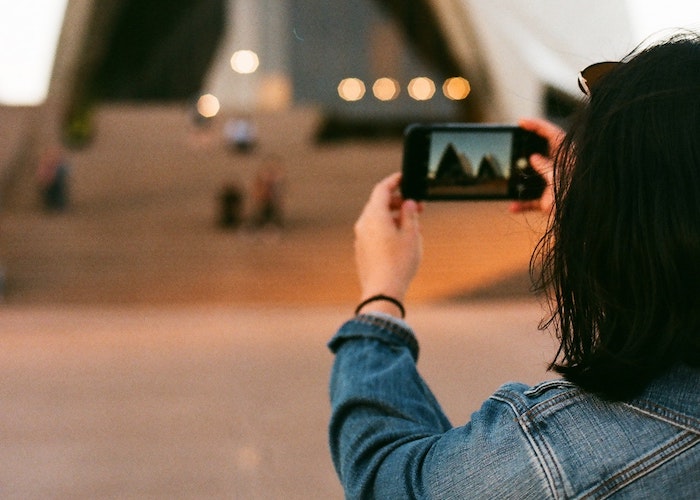 Anyone with debt probably has a long list of excuses for why they have it. It wasn’t until I was in my late 20s when I fully analyzed my finances and realized I was six figures deep in debt that compounded over the years, leaving me with very little room to breathe. I, too, had excuses.

It was easy to get caught living in the present moment with little thought of how it would affect my future self. The past three years trying to get myself out of debt hasn’t been easy, but I’ve identified several toxic habits that led to my financial demise. By becoming aware of my behavior, I was able to purge myself of these bad habits and replace them with proactive ones to prevent myself from regressing.

1. Not Having A Budget

Despite the simple concept of a budget, I never thought that I’d need one since I started working at 15 years old. I thought I was in control, thinking that because of how little I earned, there was no need to track where my money was going. But it was like being on a ship not knowing there were several leaks until the ship was sinking.

Before the start of my financial journey in 2018, I was part of the 30% of Americans who don’t budget, and despite the number improving to 20% this year, there are still about 66 million people who don’t do it. With no budget or any short and long term goals, I always thought that living paycheck-to-paycheck was the norm and that big expenses could be funded by credit cards. But this thought process led to a perpetual cycle of getting into debt and paying it back only to rack up more debt.

I was also addicted to Instagram, finding “inspo” from influencers who traveled constantly and posted beautiful content showcasing their adventures. I’d browse through feeds for hours on a weekly basis, peering into the lives I wanted for myself.

I was inspired to create a perfectly curated feed to depict a lifestyle that I really couldn’t afford, seeking validation for the sake of a boost in likes, comments, and followers. I followed a bunch of influencers and celebs, and this left me feeling like I had to buy into the hottest fashion and beauty trends and travel to faraway places. After spending thousands on non-essentials such as eating out, skincare, and travel, I had further spiraled myself into debt.

3. Using Credit Cards As An Extension Of My Income

I was approved for several cards with attractive rewards programs, and I got into the habit of using those cards as if they were an extension of my income. I thought that meeting the minimum spend requirement of a couple thousand to be able to redeem rewards could easily be paid back. But credit card rewards aren’t rewarding if they lead to massive debt.

Financial experts strongly advise against doing this, as individuals can easily rack up large balances for the sake of reaping the rewards. I became comfortable with the minimum monthly payments because, at the time, it was affordable. But this changed after a repeated cycle of thoughtless spending that quickly escalated to high credit card balances, and I was paying hundreds in interest.

4. Not Having An Emergency Fund

I also used credit cards as a funding source for any emergencies, which is also what 37% of Americans would do, according to a survey by Bankrate. I had nothing saved for an emergency, and I was also reaching my credit limit. This method of funding became extremely costly, because I wasn’t able to pay off my balance, and the high-interest payments started to add up. What’s worse, if I were to lose my job, I’d be in no position to be able to cover any of my expenses, which left me anxious and in a vulnerable position.

5. I Prioritized Wants Over Needs

Impulse buying was the root of my reckless spending. I never gave much thought to prioritizing needs over wants because I thought I could afford them all. With no goals or a budget, I justified the things I wanted if I felt the purchase was increasing my quality of life: If I’m going to take up running, I’d better get the best shoes no matter the cost or I’d better travel now — life is too short. I felt justified, but this quickly spiraled into debt that I thought could easily be paid back with future income.

6. Overspending On My Kid

As a parent, I want to be able to give my son the world, and part of this was a desire to give him luxuries I didn’t have growing up, especially when it came to experiences such as travel. In a survey by Credit Karma, 53% of parents borrowed money to pay for nonessential items or experiences for kids. Despite thinking I had the best intentions, the debt I racked up because of this prevented me from being able to save for an emergency or a college fund and start investing.

Speaking of investing, I always thought that it was something for the rich and that I’d need to hire a broker to even be able to start. Although this might have been true back when I was still going to college, it no longer applies today, as investing has become much more affordable and accessible within the last 10 years, made possible through robo-advisors and mutual funds. By blowing my money away on wants over needs and racking up a significant amount of high-interest credit card debt, I lost out on years of reaping the benefits from the magic of compound interest.

If I could go back, I’d tell my younger self to step back and think about how my spending choices will limit what I’m able to do in the future. Although getting caught up in all these bad habits has set me back financially, I now feel empowered in being able to take control of my outcome and continue my journey toward financial independence. It’s taken a lot of self-discipline and awareness to avoid these habits, and by doing so, I was able to reach two important milestones: aggressively pay down debt within the past two years and save an emergency fund that’s big enough to cover basic expenditures for at least six months.

Marissa is a banker with an intense love for personal finance. She enjoys spending quality time with her husband and their 6-year old son, binging on Food Network shows, and finds joy in traveling, writing, and cooking.