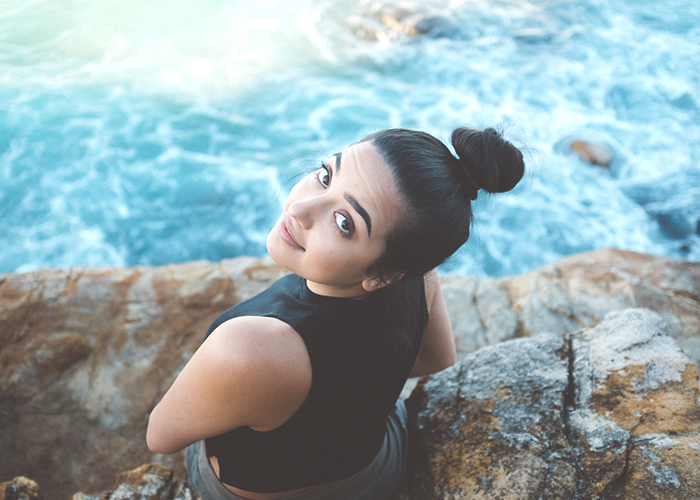 We’re only two months into 2016, yes, but that doesn’t mean there hasn’t been enough time to make significant financial changes to vastly improve our lives. It’s always interesting to hear what drastic measures people have taken in order to take back control of their finances. For example, I talk to some women who were completely shocked when they saw their end-of-year 2015 credit card statements, and they knew something had to change. I’ve also talked to women who say the arrival of the new year always makes them re-examine the way in which they spend their money and what they could be doing better — I know I do. As I type this, I’m sitting in a coffee shop where I just downed two three-dollar cups of coffee. It’s an ongoing struggle to not buy coffee out, and every time I do it I feel incredibly guilty. I didn’t get a lot of sleep last night and knew that I had a big day ahead, so I justified it because I needed to just “get out of the house.” These are the habits (and a mentality) that I’ve had to make a serious effort to change, and some days are better than others.

I was curious to see how many other people view the arrival of the new year as a time to make big changes, cut expenses out cold turkey, and make big promises/financial goals for themselves. I reached out to seven women to ask what they’ve done, if anything, to improve or change their financial habits. To my surprise, they all had something to say. Check out their answers below!

1. “I got a second job, which has provided me with like, $400 extra bucks per month. It has honestly been a lifesaver, and it’s allowed me to take back control over my financial life. I use that money to help pay my bills, and I throw the rest into savings. Before this, I was just making ends meet with my full-time job, and even though I’m working way more hours now, I can breathe a lot easier. Now, I know I can build up a safety net for myself, and it’s an amazing feeling. The day-to-day stress of my old life was too great because I was constantly worrying about the ‘what-ifs’ of leaving myself so financially vulnerable. I’d much rather work my ass off and know I am financially secure.” — Amy, 26

2. “I finally made the last payment on my student loan, which had a really high interest rate. I was putting it off for a few years because I had other large expenses that came up, but I was finally able to throw extra money at it when I got my bonus. I could have easily used the extra money to go on vacation (which lord knows I need), but I decided to do the responsible thing and take care of my student loan. You have no idea the kind of weight that has been lifted off of my shoulders.” — Elisa, 29

3. “I’ve learned to say ‘no’ to a number of things I just couldn’t afford. It has been the single most important financial change of 2016 thus far. Just the other week, I RSVP-ed ‘no’ to a wedding for an acquaintance with whom I wasn’t that close. I felt so guilty at first, and I really felt like I should just suck it up and deal with the cost of it all. But, soon after, I looked at my credit card balance and knew it was not going to be a financially smart move. Sometimes, the people around you won’t understand the choices you make, or they might wish you were in a different financial position, but you can’t do what’s right for them. You have to do what’s right for you. If people give you a hard time, you really have to just say ‘fuck it,’ and move on.” — Dawn, 30

4. “I got engaged in December, and my fiance and I just selected the location for a wedding — my parent’s house. It was the most empowering thing to be able to look at the wedding industry around us and say, ‘this just isn’t for us.’ Our wedding is going to be inexpensive, and we won’t be busting our asses saving for the next two years to afford it. We’re getting married in about a year, and we’re doing everything to keep the guest list and overall cost of the wedding down. It was really important to both of us that we got to focus on other things during our engagement, and not have the pressure of saving for a $40,000 wedding. It’s been the smartest decision we’ve made for ourselves yet.” — Mia, 24

5. “I recently sold my car. At the start of this year, I vowed to myself to cut out the excess in my life, and I took a hard look at the stuff I did and did not need. I really wanted to promise myself that I could live with fewer things and still be happy. I’ve always been the type of person who valued material things, and as I approach my mid-twenties I’ve really tried to focus on creating smart long-term financial goals for myself. That meant downsizing where possible and letting go of materialistic purchases that mean nothing to me a week afterward. My car was something I was holding onto as a safety blanket, but I really wasn’t using it. I sold it for $7,000, and I used that money to invest and top up my retirement account. It has been an amazing feeling.” — Nicole, 23

6. “I know we’re only like two months into 2016, but one of the most empowering financial decisions I’ve made so far has been cutting out Whole Foods grocery shopping. I now shop exclusively at farmer’s markets and affordable grocery stores. I looked at my credit card statements at the end of last year, and I was truly shocked to see how much I racked up at Whole Foods (and their god damn wine store). I knew I needed to make a real change. Of course, it’s not like I will NEVER step foot in a WF again, but this period of going ‘cold turkey’ really made me see how much money I was wasting there. I actually do feel more empowered now because I no longer feel like I’m addicted to that place. (Addicted is a strong word, yes, but have you tried their freakin’ dark chocolate peanut butter or seen their cheese section?!) Guh.” — Gabby, 27

7. “I recently snagged a roommate, which has significantly reduced the price of my rent. Of course, it was nice to live alone for awhile, and I will certainly miss the privacy (and the ability to eat ice cream in my underwear on the couch), but I love having extra money even more. I had a boyfriend for a few years, and we recently broke up so I was more than ready for a big change. I actually enjoy having company around when I come home from work, and so far, things have been going smoothly. I now get to use the extra $600 a month that I was previously putting toward rent into savings — I’m even planning a vacation for this summer!” — Sophie, 29