8 Mistakes I Made While Searching For My “Real” Career 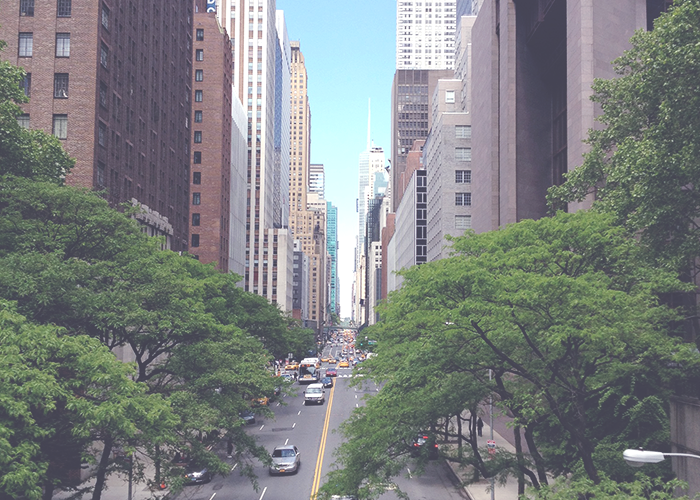 When I was a senior in college, if you had asked me what I was going to do for a career after graduation, I probably would have told you that I was eventually going to be on Broadway. If you’d asked me what I was going to do for a job, I might have shrugged, and likely said that I was going to bartend or wait tables. My original career plan wasn’t really a plan, but a dream without an actual timeline. My actual career path ended up being quite different. I currently work as a theater teacher at an independent school in Boston, and I also write part-time for a variety of publications (and it’s really a treat to have a side hustle that involves writing about Pretty Little Liars). It’s not entirely a far cry from being a performing artist, as art is still very much in my blood, but I’m not exactly doing eight shows a week in Times Square either.

However, I suppose it’s safe to say that I’m still on my career path, in that I don’t feel as though I’ve arrived at my final destination. But I wonder, do we ever feel that way? Does it ever feel like we’ve arrived at our final career destination? For those of us who are ambitious, driven, determined to taste success and achievement, do we ever kick off our heels and say, “I’m done?” My suspicion is that we won’t, at least not for a while.

Regardless, it’s taken a lot to get here. Although time has gone quickly, I feel like a very different person from the girl who walked across that graduation stage on that hot summer day, planning to be a Broadway actress. There’s been accomplishments, failures, excitement, and disappointment. And it would be wrong of me to say that I haven’t made mistakes along the way. In fact, I’ve made several. But if we never made mistakes, we’d never learn, and we’d never improve. So I don’t look back on any error with a feeling of shame; rather, I feel proud of where I am at this moment. I get to work with passionate teenagers who love the same things that I love, and I also have the time and privilege to write about things that I care about. I’d say it’s a pretty sweet deal.

So, in the name of sharing and helping others, here are some of the mistakes I’ve made along the way, and what I’ve learned:

1. I believed that my college major determined my career.

I graduated with a bachelor’s degree in theater, and it wasn’t long before I fell into the loop of self-pity that comes with choosing a so-called “worthless” major. Before I found my way to grad school and a master’s in education, I was angry at myself for majoring in something that seemed so impractical. I remember thinking, “I spent the past four years crawling on the floor and practicing my breathing techniques instead of learning, like, engineering? What?”

But your college major doesn’t necessarily need to determine your future. And there were actually a lot of transferrable skills that came along with being a theater major. Because of my performing (and directing) background, I am a great teammate, a good leader, and I have kickass time-management skills. So much of that lends itself to teaching and writing (especially writing on deadline).

2. I expected to feel satisfied and fulfilled immediately.

One of my favorite musicals is Pippin, the story of the son of Charlemagne who embarks on a quest for “fulfillment.” After years of being away from home, he realizes that fulfillment actually isn’t something that you can chase at all. Ironically, I was in this musical during my senior year of college and clearly didn’t learn its central lesson. As soon as I entered the “real world,” I expected to feel like I was on the right journey, and that I had found my “corner of the sky.”

To be honest, I still don’t necessarily feel 100% fulfilled. And I think that’s a good thing. That desire to reach fulfillment is something that keeps us motivated — without it, we’d get lazy and complacent. We might always need something to chase.

3. I was afraid of being “found out” on the internet.

After hearing horror stories of friends whose partying pictures prevented them from getting hired, I felt like I had to be completely incognito on all of my social media pages. The thing I didn’t realize was that there’s a way to have a professional and clean online presence that is simultaneously current, trendy, and age-appropriate. And as I’m currently straddling two industries, striking that balance is something I work on every day.

Additionally, having knowledge of technology and social media is actually a huge bonus for so many employees these days. If you have zero web presence, it might actually hurt you in the application process. So go ahead and work on your LinkedIn, and make that Twitter public, if you’d like.

4. I actively worried that the writing industry was too competitive, and I allowed that fear to get in my head.

To be clear, I, by no means, think I have “made it” as a writer. I have a long road in front of me, and there are a zillion other aspiring writers who are just as good, just as dedicated, and just as hungry for work. It’s a big pond out there, and there are a lot of fish. However, competition isn’t entirely impenetrable, and I’ve discovered that so much of getting hired has to do with asking the right questions to the right people, and not being afraid to do so. For example, my biggest writing gig was landed by reaching out through a Twitter DM.  You never know what could happen if you don’t ask.

When I first started teaching, I wanted so much for all of my colleagues and administrators to like me and to think I was a team player. I wanted to be perceived as easy to work with, flexible, and as someone who was willing to compromise. But this often led to me saying “yes” to everything, responding to every favor or suggestion with an enthusiastic, “No problem!” and a smile. And that led to me being stressed out and frustrated. Eventually, I learned the art of saying “no” once in a while. Sometimes, you can’t take on everything, and that’s okay.

6. I thought I had to dress like a fuddy-duddy to be “professional.”

I cringe when I think about some of the outfits I wore during my first year of teaching. I was straight out of grad school, so young, and probably looked like I was 40. Personally, I think that if your job doesn’t require pantsuits, there’s really no reason to wear them every day. Having some more professional staples is a good thing, but, in my case, letting them dominate my wardrobe was unnecessarily expensive.

Today, my “work” wardrobe and my “social” wardrobe overlap tremendously. My closet is like one big venn diagram. My favorite type of outfits include black skinny jeans, booties, nice blouses, and maybe a statement necklace. Any and all of those pieces can be worn during the work week, or on the weekend. No more pantsuits for me, ever.

7. Embarrassingly enough, I let myself believe that some of my successes were a bigger deal than they actually were.

While it’s important to celebrate every success, and appreciate each new step in your career, it’s also important to be realistic. This is a little humiliating to admit, but when I was first published as a writer, I remember thinking to myself, “I’m probably going to have, like, 1,000 more Twitter followers next time I check my phone!” (I’m 100% turning red as I type this, and it’s fine if everyone reading this is laughing at me.)

The truth is, I still don’t have 1,000 followers on Twitter, but I have expanded my writing repertoire a lot, and I get emails on a regular basis from people who have been affected in some way by my writing, and that’s much better.

8. I didn’t always stand up for myself.

Honestly, it wasn’t until recently that I started fighting back when I felt professionally wronged. This is probably a result of wanting to be liked and easygoing, but as I’ve gotten older, I’ve started caring less about being personally liked, and caring more about being professionally respected.

I’ve learned to speak up when something is unfair, and I’ve learned to not let my outward appearance persuade someone into thinking I’m less experienced or not as tough as I actually am. Asserting yourself professionally is not always as easy as it sounds, but it’s essential for growth. Plus, it’s always a kick to witness the reaction when someone realizes that you’re not a pushover, but rather a really strong, independent professional.